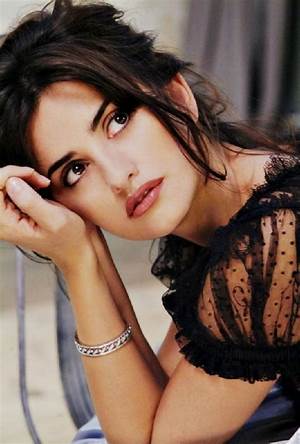 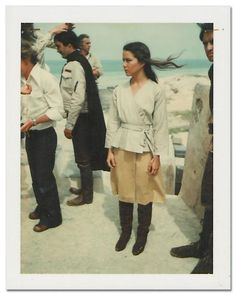 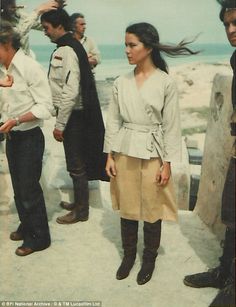 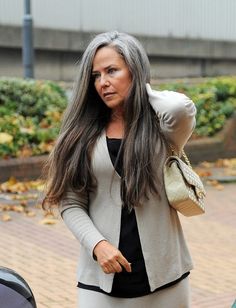 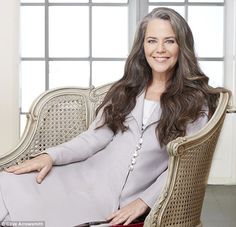 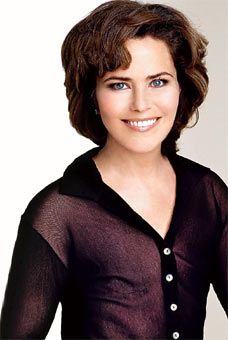 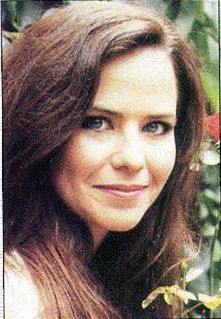 Stark's parents were Wilbur Stark (1912–1995), a Writer and Producer, and Kathi Norris (1919–2005), a Writer and television presenter in New York. She is the youngest of three children, the others being Pamela (born 1946) and Brad (born 1952). At the time of her birth, the family was living in Manhattan. Her grandfather, Edwin Earl Norris (1876–1957) was a cabinetmaker and musician, playing the French horn and the viola in the Newark Symphony Orchestra. The family were Presbyterians. After a divorce in the 1960s, her mother remarried.

Her first film role was in the comedy All I Want Is You... and You... and You... (1974), produced by her father. In 1975 she appeared in Las adolescentes (The Adolescents), opposite Anthony Andrews, and starred in an episode of Shades of Greene. Also that year she had an uncredited role as a bridesmaid in The Rocky Horror Picture Show. Her best remembered performance is the lead role in the avant-garde film Emily (1976), directed by Henry Herbert, 17th Earl of Pembroke. Uncertain whether to accept the part, Stark did so on the advice of Graham Greene, with whom she had worked the year before. She also starred in Cruel Passion (1977), a film based on the novel Justine. Around the same time, she played the part of Camie Loneozner in Star Wars (1977); the Anchorhead scenes were cut from the film before release, but can be seen in Star Wars: Behind the Magic (1998).

Of working with her in 1976, Victor Spinetti later wrote "I found Koo Stark to be an enchanting girl and terribly bright and interesting".

Stark has worked as a Photographer since the 1980s, and may have been the first person to turn the tables on the pursuing paparazzi by taking photos of them. Prince Andrew has told how in 1983 a photographic printer, Gene Nocon, invited Stark to take photographs of people taking photos of her, for his exhibition, "Personal Points of View", planned for October. She also persuaded Nocon to include Andrew's work as well. Her early photographs led to a book deal, for which she took lessons from Norman Parkinson. She travelled to Tobago, where he lived, and he became her mentor. Her book Contrasts (1985) included about a hundred of her photographs. She went on to study the work of leading Photographers, including Angus McBean, whom she met and photographed, developing her interests in photography to include reportage, portraits, landscapes, still life, and other work.

Stark met Prince Andrew in February 1981, and they were close for some two years, before and after his active Service in the Falklands War. Tina Brown has claimed that this was Andrew's only serious love affair. In October 1982 they took a holiday together on the island of Mustique. According to Lady Colin Campbell, Andrew was in love, and the Queen was "much taken with the elegant, intelligent, and discreet Koo". However, in 1983 they split up, under pressure from press, paparazzi, and palace. In 1988 Stark said "The amount of attention and pressure on me became unbearable. It was a nightmare." Also in 1988 she brought a successful libel action against The Mail on Sunday over an untrue story headed 'Koo dated Andy after she wed'. In 1989 The Spectator reported that she had received £300,000 from one newspaper "for years of inaccurate persecution" and was also collecting money from others. In 1997 Andrew became the godfather of Stark's daughter, and in 2015, when Andrew was facing accusations from Virginia Roberts over the Jeffrey Epstein connection, Stark came to his defence, stating that he was a good man and she could help to rebut the claims.

Stark married Tim Jeffries, manager of a photographic gallery, in August 1984, at St Saviour's, Hampstead, with the minister, Christopher Neil-Smith, commenting that "It was such a quiet affair you wouldn't have known it was happening." They stayed together for a year and later divorced. In the early 1990s she dated Simon Sebag Montefiore.

The book, Contrasts was launched at Hamiltons Gallery, London, in September 1985, at an exhibition of the same name. In 1994 the Gallery Bar at the Grosvenor House Hotel in Park Lane hosted an exhibition called 'The Stark Image', forty photographs by Stark, including several previously unpublished. In 1998 her work was featured at the Como Lario in Holbein Place, Belgravia. In July 2001 she had an exhibition called 'Stark Images" at the Fruitmarket Gallery in Edinburgh, duplicated from June to July 2001 at Dimbola Lodge on the Isle of Wight. A solo exhibition of portraits was at the Winter Gardens, Ventnor, from September to October 2010, and another at Dimbola Lodge from February to April, 2011.

About 1993, Stark was hit by a taxi in Old Compton Street, losing two teeth and also suffering a deep wound to her forehead, dented by collision with her camera. This accident left her disfigured, but the wound closed up after a visit to the Dalai Lama in India, leaving a small scar just under the hair-line. She has been a practising Buddhist since meeting the Dalai Lama.

She was later engaged to Warren Walker, an American banker, but he cancelled their wedding before the birth of their daughter Tatiana in May 1997.

In 2002 Stark was diagnosed with breast cancer and endured a double mastectomy and chemotherapy, causing her to lose her hair for a time.

A Leica user, Stark has said her camera transcends mere function and is a personal friend. A solo exhibition hosted by the Leica gallery in Mayfair in May 2017 was entitled Kintsugi, a Japanese word for a way of renovating things that have been broken. Stark explained the title: "Kintsugi is a way of learning to see individual beauty, and to appreciate the value of experience and honesty. It is the antithesis of digital, airbrushed, Photoshop-homogenised ‘beauty’." In August the exhibition was repeated in Manchester, to mark the opening of a new Leica store there.