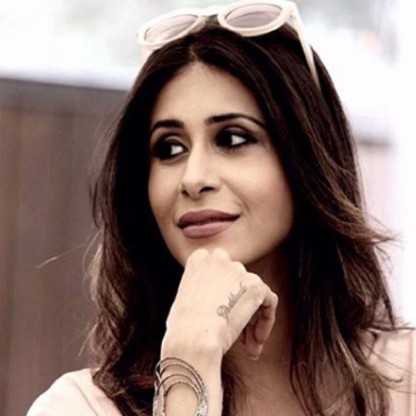 Kishwar Merchant was born on February 03, 1981 in Mumbai, Maharashtra, India, Indian, is Actress. Kishwar Merchant, also known as Kishwar Rai, is an Indian actress and model. Starting her career in 1997, she has done considerable work in the Indian television industry, appearing in several drama series. However, she is best known for appearing as Nonie in the teen drama ‘Hip Hip Hurray’. She is also recognized for playing the roles of Dimpy Karan Kapoor and Rubina in the drama series ‘Itna Karo Na Mujhe Pyaar’ and ‘Hatim’ respectively. Merchant is also known for appearing as a contestant in the 9th season of the reality show ‘Bigg Boss’. Talking about her social media status, the Indian actress cum model is immensely popular on Instagram. With about 1 million fans on the social networking site, she is one of the most talked-about television actresses in India. Merchant is also active on Twitter and keeps on updating her profile from time to time. Currently, the actress is married to actor Suyyash Rai.
Kishwar Merchant is a member of Film & Theater Personalities 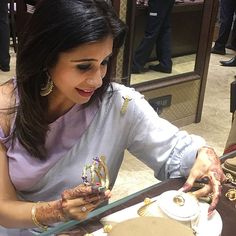 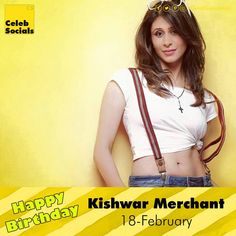 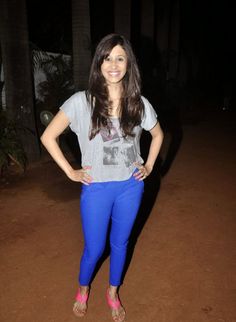 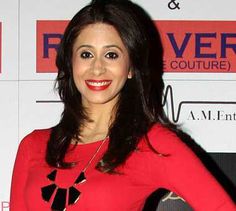 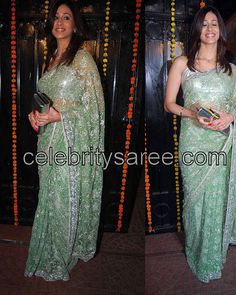 Merchant started her career in 1997 with the TV show Shaktimaan in which she played the role of Julia, an assistant. She then played the role of Nonie in the popular show Hip Hip Hurray from 1998 to 2000. Kishwar after appeared in many successful popular shows like Babul Ki Duwayen Leti Jaa, Des Mein Niklla Hoga Chand, Kutumb, Kasautii Zindagii Kay, Kayaamat, Hatim, Khichdi.

Kishwar appeared in many Balaji shows like Kkavyanjali, Kasamh Se. In 2007, she played the negative role of Tamanna in Sanaya Irani & Arjun Bijlani's popular youth show Miley Jab Hum Tum in 2008. She is very popular for playing the role of Haseena in the popular Sukirti Kandpal and Vivian Dsena series Pyaar Kii Ye Ek Kahaani. She also played a role of Sonia in the second season of the hit show - Chhoti Bahu.

In 2012, Merchant was seen in two shows Amrit Manthan and Arjun. Then after came in many shows like Hongey Judaa Na Hum and Parvarrish. She appeared in popular shows Ek Hasina Thi as Raima, Madhubala – Ek Ishq Ek Junoon as Ananya, Kaisi Yeh Yaariyan as Nyonika and Itna Karo Na Mujhe Pyaar as Dimpy sharing the screen with many popular actress' like Drashti Dhami and Sanjeeda Sheikh. In 2016, Kishwar made her comeback with Balaji's popular show Brahmarakshas playing the main antagonist as Aprajita.

Merchant was a participant in the reality TV show Bigg Boss 9 along with her boyfriend Suyyash Rai in 2015. She was paired with Aman Yatan Verma. Merchant, who was seen as the strongest contestant, was forced to quit the Ticket to Finale task in its last leg and walked out of the house involuntarily with Rs 15 lakhs.

Merchant was born in Mumbai and was raised up by her parents Siraj Merchant and Rizwana Merchant. She has been in the television industry since 1997. In 2010, Kishwer Merchant started dating co-actor Suyyash Rai. After 6 years of dating both got married on the 16 December 2016.

In April 2017, Kishwar was seen in yet another Ekta Kapoor's show, Dhhai Kilo Prem which airs on Star Plus. She played a cameo appearance as Shilpa. In May 2017, she was seen in Rashmi Sharma's Savitri Devi College & Hospital on Colors but later she quit the show. Kishwar was also playing the role of Asha in &TV's show Gangaa which stars Aditi Sharma. The show went off air on 2 June 2017.