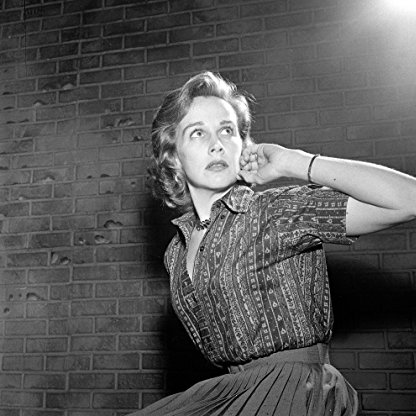 Kim Hunter was born on November 12, 1922 in  Detroit, Michigan, United States, is Actress, Soundtrack. Her father, Donald Cole, was a consulting engineer, and died in 1926 when Kim was only 3 years old. Her mother, Grace Lind, once performed as a concert pianist. She had one brother who was eight years older than she, and she was educated at Miami Beach High.According to an in-depth article on Kim Hunter by Joseph Collura in the October 2009 issue of "Classic Images", Kim was quiet and painfully shy as a child and overcame it through the guidance of a local dramatics teacher, a Mrs. Carmine. Included were diction, voice and posture lessons.She studied at the Actors Studio and her first professional appearance was as "Penny" in "Penny Wise" in Miami in November 1939. Then, she joined a repertory group called "Theatre of Fifteen", but it disbanded in 1942 when WWII took away most of its male members.She made her Broadway debut performance as "Stella" in "A Streetcar Named Desire" at the Ethel Barrymore Theatre, New York, in December 1947 that was the 1947-1948 season's success and for which she won the Critics Circle and Donaldson awards.A one-time student of the Pasadena Playhouse, she was appearing in the 1942 production of "Arsenic and Old Lace" when she was discovered by an RKO talent hunter who signed her to a seven-year contract for David O. Selznick's company. Selznick suggested she change her first name to "Kim" and a RKO secretary suggested the last name of "Hunter". A few years later, Irene Mayer Selznick, David's ex-wife by then, recommended Kim for her reprise role of "Stella" in A Streetcar Named Desire (1951), for which she won an Oscar.
Kim Hunter is a member of Actress 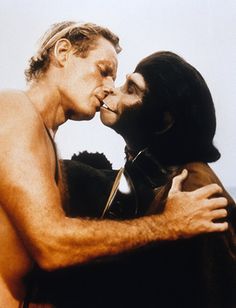 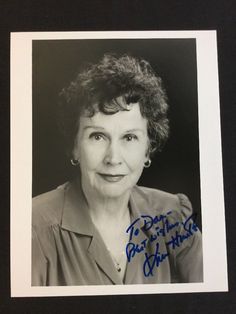 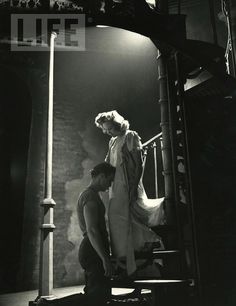 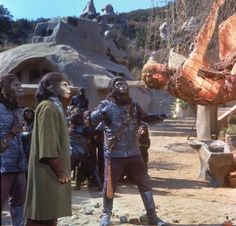 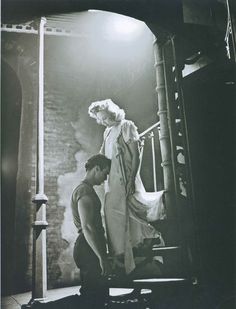 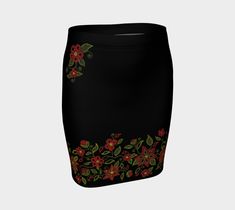 Hunter's first film role was in the 1943 film noir, The Seventh Victim, and her first starring role was in the 1946 British fantasy film A Matter of Life and Death. In 1947, she was Stella Kowalski on stage in the original Broadway production of A Streetcar Named Desire. Recreating that role in the 1951 film version, Hunter won both the Academy and Golden Globe awards for Best Supporting Actress. In the interim, however, in 1948, she had already joined with Streetcar co-stars Marlon Brando, Karl Malden, and 47 others, to become one of the first members accepted by the newly created Actors Studio.

Hunter was married twice. Her first marriage was in 1944 to william Baldwin, a Marine Corps pilot. Before the marriage was dissolved in 1946, the couple had a daughter, Kathryn. Her second marriage was in 1951 to actor Robert Emmett; together, they had a son, Sean Robert. Hunter and Emmett would occasionally perform together in stage plays; he died in 2000.

Her other major film roles include the love interest of David Niven's character in the film A Matter of Life and Death (1946), and Zira, the sympathetic chimpanzee scientist in the 1968 film Planet of the Apes and two sequels. She also appeared in several radio and TV soap operas, most notably as Hollywood Actress Nola Madison in ABC's The Edge of Night, for which she received a Daytime Emmy Award nomination as Outstanding Lead Actress in a Drama Series in 1980. In 1979, she appeared as First Lady Ellen Axson Wilson in the serial drama Backstairs at the White House.

Hunter was blacklisted from film and television in the 1950s, amid suspicions of communism in Hollywood, during the era of the House Un-American Activities Committee (HUAC). She still appeared in an episode of CBS's anthology series Appointment with Adventure and NBC's Justice, based on case files of the New York Legal Aid Society.

In 1956, with the HUAC's influence subsiding, she co-starred in Rod Serling's Peabody Award-winning teleplay on Playhouse 90, "Requiem for a Heavyweight". The telecast won multiple Emmy Awards, including Best Single Program of the Year. She appeared opposite Mickey Rooney in the 1957 live CBS-TV broadcast of The Comedian, another drama written by Rod Serling and directed by John Frankenheimer. In 1959, she appeared in Rawhide in "Incident of the Misplaced Indians" as Amelia Spaulding. In 1962, she appeared in the NBC medical drama The Eleventh Hour in the role of Virginia Hunter in the episode "Of Roses and Nightingales and Other Lovely Things". In 1963, Hunter appeared as Anita Anson on the ABC medical drama Breaking Point in the episode "Crack in an Image". In 1965, she appeared twice as Emily Field in the NBC TV medical series Dr. Kildare. In 1967, she appeared in the pilot episode of Mannix. On February 4, 1968, she appeared as Ada Halle in the NBC TV Western series Bonanza in the episode "The Price of Salt".

Hunter starred in the controversial TV movie Born Innocent (1974) playing the mother of Linda Blair's character. She also starred in several episodes of the CBS Radio Mystery Theater during the mid-1970s. In 1971, she appeared in an episode of Cannon. In the same year, she starred in a Columbo episode "Suitable for Framing". In 1973, she appeared twice on Lorne Greene's short-lived ABC crime drama Griff, including the episode "The Last Ballad", in which she portrayed Dr. Martha Reed, a physician held by police in the death of a patient. In 1974, she appeared on Raymond Burr's Ironside. In 1977, she appeared on the NBC Western series The Oregon Trail starring Rod Taylor, in the episode "The Waterhole", which also featured Lonny Chapman.

Hunter's last film role in a major motion picture was in the 1997 Clint Eastwood-directed movie, Midnight in the Garden of Good and Evil. In it, Hunter portrayed Betty Harty, legal secretary for real-life Savannah Lawyer, Sonny Seiler.

Hunter died in New York City on September 11, 2002, of a heart attack at the age of 79. She was survived by both her daughter and her son. She was cremated and her ashes given to her daughter.