Khalil al-Wazir was born on October 10, 1935 in Ramla, Palestinian, is Palestinian Leader and co-founder of Fatah. Khalil Al-Wazir was a Palestinian leader and a prominent aide of Palestine Liberation Organization (PLO) Chairman Yasser Arafat. He was a key factor in the origins of the Palestinian resistance towards Israel. His family was displaced when Israel captured his home town during the war of 1947. This fostered resentment towards Israel early on, which would become the main driving force behind his struggle. He finished school in the Gaza Strip at a high school. It is here that his resentment towards Israel found an outlet. His first "operation" against Israelis came in high school when he organized a group of his friends to harass guards at Israeli outposts. This seemingly harmless activity was only the beginning of a life defined by military prowess. Al-Wazir eventually met Yasir Arafat, and together these two men formed Fatah, and later the Palestinian Liberation Organization. These two organizations were integral in Arafat's effort to establish an independent state of Palestine. On the Israeli side, Al-Wazir is seen as one of the most dangerous Palestinian terrorists to ever live.
Khalil al-Wazir is a member of Leaders 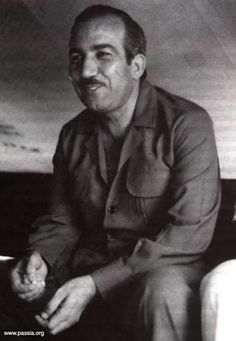 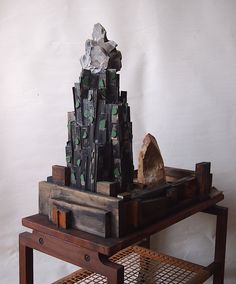 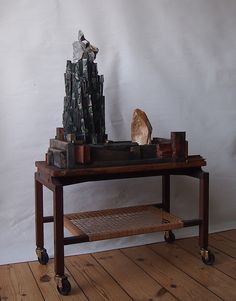 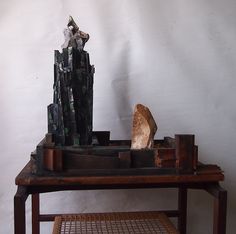 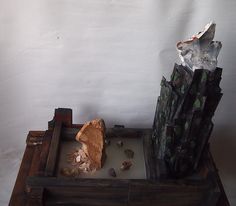 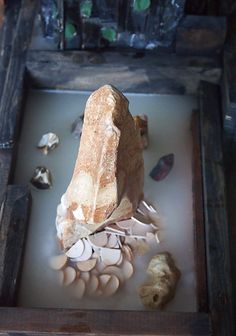 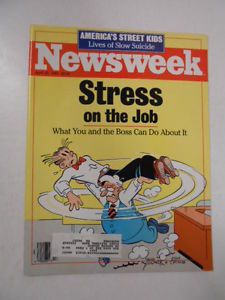 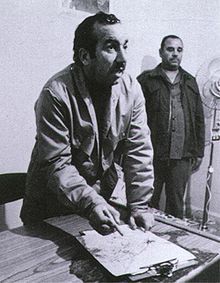 Khalil al-Wazir was born in 1935 to Muslim parents in the city of Ramla, Palestine, then under British Mandatory rule. His father, Ibrahim al-Wazir, worked as a grocer in the city. Al-Wazir and his family were expelled in July 1948, along with another 50,000–70,000 Palestinians from Lydda and Ramla, following Israel's capture of the area during the 1948 Arab-Israeli War. They settled in the Bureij refugee camp in the Gaza Strip, where al-Wazir attended a secondary school run by UNRWA. While in high school, he began organizing a small group of fedayeen to harass Israelis at military posts near the Gaza Strip and the Sinai Peninsula.

Al-Wazir became a refugee when his family was expelled from Ramla during the 1948 Arab–Israeli War, and began leading a minor fedayeen force in the Gaza Strip. In the early 1960s he established connections for Fatah with Communist regimes and prominent third-world Leaders. He opened Fatah's first bureau in Algeria. He played an important role in the 1970–71 Black September clashes in Jordan, by supplying besieged Palestinian fighters with weapons and aid. Following the PLO's defeat by the Jordanian Army, al-Wazir joined the PLO in Lebanon.

In 1954 he came into contact with Yasser Arafat in Gaza; al-Wazir would become Arafat's right-hand man later in his life. During his time in Gaza, al-Wazir became a member of the Egyptian Muslim Brotherhood, and was briefly imprisoned for his membership with the organization, as it was prohibited in Egypt. In 1956, a few months after his release from prison, he received military training in Cairo. He also studied architectural engineering at the University of Alexandria, but he did not graduate. Al-Wazir was detained once again in 1957 for leading raids against Israel and was exiled to Saudi Arabia, finding work as a schoolteacher. He continued to teach after moving to Kuwait in 1959.

Al-Wazir used his time in Kuwait to further his ties with Arafat and other fellow Palestinian exiles he had met in Egypt. He and his comrades founded Fatah, a Palestinian nationalist guerrilla and political organization, sometime between 1959–60. He moved to Beirut after being put in charge of editing the newly formed organization's monthly magazine Filastinuna, Nida' al-Hayat ("Our Palestine, the Call to Life"), as he was "the only one with a flair for writing."

Al-Wazir married his cousin Intissar al-Wazir in 1962 and had five children with her. They had three sons, named Jihad, Bassem and Nidal, and two daughters, named Iman and Hanan al-Wazir. Intissar and her children returned to Gaza following the Oslo Accords between Israel and the PLO and in 1996 she became the first female minister in the Palestinian National Authority. His son Jihad al-Wazir is currently the Governor of the Palestinian Monetary Authority.

Al-Wazir and the Fatah leadership settled in Damascus, Syria in 1965, in order take advantage of the large number of Palestine Liberation Army (PLA) members there. On 9 May 1966, he and Arafat were detained by Syrian police loyal to air marshal Hafez al-Assad after an incident where a pro-Syrian Palestinian leader, Yusuf Orabi was thrown out of the window of a three-story building and killed. Al-Wazir and Arafat were either considering uniting Fatah with Orabi's faction—the Revolutionary Front for the Liberation of Palestine—or winning Orabi's support against Arafat's rivals within the Fatah leadership. An argument occurred, eventually leading to Orabi's murder; however, al-Wazir and Arafat had already left the scene shortly before the incident. According to Aburish, Orabi and Assad were "close friends" and Assad appointed a panel to investigate what happened. The panel found both Arafat and al-Wazir guilty, but Salah Jadid, then Deputy Secretary-General of the President of Syria, pardoned them.

After the defeat of a coalition of Arab states in the 1967 Six-Day War, major Palestinian guerrilla organizations that participated in the war or were sponsored by any of the involved Arab states, such as the Arab Nationalist Movement led by George Habash and the Palestine Liberation Army of Ahmad Shukeiri, lost considerable influence among the Palestinian population. This made Fatah the dominant faction of the Palestine Liberation Organization (PLO). They gained 33 of 105 seats in the Palestinian National Council (PNC) (the most seats allocated to any guerrilla group), thus strengthening al-Wazir's position. During the Battle of Karameh, in March 1968, he and Salah Khalaf held important command positions among Fatah fighters against the Israeli Defense Forces (IDF), which developed his credentials as a military strategist. This eventually led to him staking command of al-Assifa, holding major positions in the PNC, and the Supreme Military Council of the PLO. He was also put in charge of guerrilla warfare operations in both the occupied Palestinian territories and Israel proper.

During his time in Lebanon, al-Wazir was responsible for coordinating high-profile operations. He allegedly planned the Savoy Operation in 1975, in which eight Fatah militants raided and took hostages in the Savoy hotel in Tel Aviv, killing eight of them, as well as three Israeli Soldiers. The Coastal Road massacre, in March 1978, was also planned by al-Wazir. In this attack, six Fatah members hijacked a bus and killed 35 Israeli civilians.

Dissatisfied at the decisive defeat of Palestinian forces during the 1982 Lebanon War, al-Wazir concentrated on establishing a solid Fatah base in the Palestinian territories. In 1982, he began to sponsor youth committees in the territories. These organizations would grow and initiate the First Intifada in December 1987 (the word Intifada in Arabic, literally translated as "shaking off", is generally used to describe an uprising or revolt).

The Intifada began as an uprising of Palestinian youth against the Israeli occupation of the West Bank and Gaza Strip. On 7 June 1986, about a year before the Intifada started, al-Wazir was deported from Amman to Baghdad, eventually moving to Tunisia days after King Hussein declared that efforts in establishing a joint strategy for the Israeli–Palestinian conflict between Jordan and the PLO were over.

Al-Wazir was assassinated in his home in Tunis at 1.30 a.m. on 16 April 1988, at the age of 52. There are varying versions of his death. According to one he was shot on the landing of his house by a commando who pursued him upstairs when he ran there after hearing the shots that killed two security guards outside. A different version has it he was working on a memo to Leaders of the Intifada, and only had time to fire off one shot from his pistol when the assassination squad burst into his rooms. He was shot at close range reportedly 70 times in the presence of his wife Itissar and his son Nidal, above whose bed a commando then fired a burst of automatic fire as a warning. Al-Wazir was assassinated by an Israeli commando team, reportedly ferried from Israel by boat, aided ashore by Mossad intelligence operatives, and using the IDs of Lebanese Fisherman who had been kidnapped to gain access to the PLO compound. Israel accused al-Wazir of escalating the violence of the Intifada, which was ongoing at the time of his assassination. Specifically, it was claimed he was the Architect of the triple bomb attack at a shopping mall. Riots immediately broke out in the Palestinian territories, and at least a dozen Palestinians were shot dead in the worst show of violence since the outbreak of the uprising. He was buried in the Yarmouk refugee camp in Damascus on 21 April; Arafat led the funeral procession.

The first stage of the Intifada was a response to an incident at the Erez checkpoint, where an Israeli military vehicle hit a group of Palestinian laborers, killing four of them. However, within weeks, following persistent requests by al-Wazir, the PLO attempted to direct the uprising, which lasted until 1991, or 1993, according to various authorities. Al-Wazir had been assigned by Arafat the responsibility of the Palestinian territories within the PLO command. According to author Said Aburish, he had "impressive knowledge of local conditions" in the Israeli-occupied territories, apparently knowing "every village, school, and large family in Gaza and the West Bank". He provided the uprising with financial backing and logistical support, thus becoming its "brain in exile." Al-Wazir activated every cell he had set up in the territories since the late 1970s in an effort to militarily back the stone-throwers who formed the backbone of the Palestinian revolt. He also used the opportunity to reform the PLO. According to author Yezid Sayigh, al-Wazir believed that the Intifada should not have been sacrificed to Arafat solely for use as a diplomatic or political tool.

After Hamas' takeover of the Gaza Strip in 2007, looters raided al-Wazir's home, reportedly stealing his personal belongings. Intissar al-Wazir said that the looting "occurred in broad daylight and under the watchful eye of Hamas militiamen."

In 1997, the Maariv newspaper reported on the assassination of al-Wazir. The report claimed that Ehud Barak led a seaborne command center on a navy missile boat off the shore of Tunis that oversaw al-Wazir's assassination. Up until 1 November 2012, Israel however did not take official responsibility for his killing and government spokesman Moshe Fogel and aides to Barak declined to comment on the issue. According to the report, Barak, who was then a deputy military chief, coordinated the planning by the Mossad, as well as the army's intelligence branch, the air force, navy and the elite Sayeret Matkal commando unit. Mossad intelligence agents watched al-Wazir's home for months before the raid. The Washington Post reported on 21 April that the Israeli cabinet approved al-Wazir's assassination on 13 April and that it was coordinated between the Mossad and the IDF.

In 2013, Israel unofficially confirmed that it was responsible for his assassination, after an interview by Israeli correspondent Ronen Bergman of Nahum Lev, the Sayeret Matkal officer who led the raid, was cleared for publication – its release had been blocked by military censors for more than a decade. In that interview, Lev gave Bergman a detailed account of the operation.