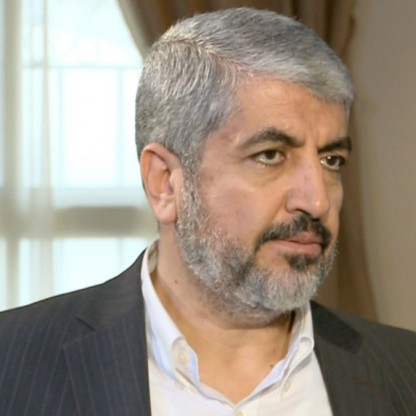 Khaled Mashal was born on May 28, 1956 in Ramallah, Jordanian, is Political leader. Khaled Meshaal is a political leader belonging to a religious Islamic family, who was born in Jordan-occupied Palestine. From a young age, he was witness to a lot of political strife, and once his family moved to Kuwait, he joined an organization called the ‘Muslim Brotherhood’. For some time, this science graduate taught Physics in Kuwait, simultaneously forming the ‘Islamic League’ for Palestinian students in Kuwait. After the organization ‘Hamas’ was formed, Khaled became an active member of the group, appearing regularly on the scene of Palestinian politics. After the ‘Gulf War’ in Kuwait, the young man shifted base to Jordan and within a few years, became the chairman of ‘Hamas’. Soon, he was a victim of a failed assassination attempt by Israeli special agents, led by Prime Minister Netanyahu. Jordan’s King Abdullah saved Khaled’s life, but the latter was immediately sent to exile in Qatar, from where he later moved to Syria. Since then, he has led his organization in a long-drawn fight between Israel and Palestine, in a bid to “free Jerusalem”. This political leader has also played a significant role against Syrian President Bashar al-Assad, in the civil war that broke out in the country. Even though he abandoned his organization in the face of crisis, he was re-elected as Chairman of ‘Hamas’, recently, and has continued to lead Palestine in the war against Israel
Khaled Mashal is a member of Political Leaders

Mashal was born in 1956 in Silwad in the West Bank, then annexed by Jordan. He attended Silwad Elementary School until the 1967 Six-Day War. His father moved the family to Kuwait afterwards for financial reasons. Mashal joined the Muslim Brotherhood in 1971. He holds a bachelor of science degree in Physics from Kuwait University.

Mashal was a Teacher in Kuwait from 1978 to 1984. He was married in 1980 and is the father of three daughters and four sons. In 1983, the Palestinian Islamic movement convened an internal, closed conference in an Arab state, which included delegates from the West Bank, Gaza Strip and Palestinian refugees from various Arab states. It was an important milestone as it laid the foundation for the creation of Hamas. Mashal was part of the leadership of the project to build a Palestinian Islamic movement from its inception. After 1984, he devoted himself to the project on a full-time basis. Mashal lived in Kuwait until the 1991 Gulf War. When Ba'athist Iraq invaded Kuwait, he then moved to Jordan and began working directly with Hamas. He has been a member of Hamas' Political Bureau since its inception and became its chairman in 1996.

After the founding of Hamas in 1987, Mashal came to lead the Kuwaiti branch of the organization. He moved from Kuwait to Jordan in 1991. Following the expulsion of the Hamas leadership from Jordan in August 1999, Mashal lived in Qatar before moving to the Syrian capital of Damascus in 2001. He returned to Qatar in 2012 as a result of the Syrian Civil War.

Immediately after the incident, Jordan's King Hussein demanded that Netanyahu turn over the antidote for the poison, threatening to sever diplomatic relations and to try the detained Israeli agents. Netanyahu at first refused, and the incident quickly grew in political significance. With Israeli-Jordanian relations rapidly deteriorating, King Hussein threatened to void the historic 1994 peace between the two countries should Mashal die. U.S President Bill Clinton intervened and compelled Netanyahu to turn over the antidote.

In 1999, Hamas was banned in Jordan. Jordan's King Abdullah accused Hamas of using Jordanian soil for illegal activities, and Hamas' allies of trying to disrupt the peace treaty between Jordan and Israel. That year, Jordan arrested top Hamas Leaders, including Mashal, Mousa Abu Marzook, and five others upon their arrival to Jordan from Iran. They were charged with being members of an organization outlawed by Jordan, for illegal possession of light weapons and hand grenades, fraud, and illegal fund raising. Mashal was expelled from Jordan and made his home initially in Qatar. In 2001, he moved to Damascus, Syria.

Mashal was a vocal critic of the Palestinian Authority President Yasser Arafat, often refusing to follow directives issued by the PA regarding ceasefires with Israel. Mashal was considered a key force behind this policy, along with Sheikh Ahmed Yassin. However, Mashal did attend Arafat's funeral, in Cairo on 12 November 2004.

Mashal was involved in negotiating a prisoner exchange deal which released captured Israeli soldier Gilad Shalit in exchange for over 1,000 Palestinian prisoners in Israel. Shalit was seized inside Israel near the southern Gaza Strip border by a coalition of Palestinian paramilitary groups, including Hamas, who had crossed the border through an underground tunnel near the Kerem Shalom border crossing. On 10 July 2006, Mashal spoke authoritatively concerning the Israeli prisoner, stating Shalit was a prisoner of war and demanding a prisoner swap.

On 18 June 2008, Israel announced a bilateral ceasefire with Hamas which formally began on 19 June 2008. The agreement was reached after talks between the two camps were conducted with Egyptian mediators in Cairo. As part of the ceasefire, Israel has agreed to resume limited commercial shipping across its border with Gaza, barring any breakdown of the tentative peace deal, and Hamas hinted that it would discuss the release of Shalit. However, on 29 July 2008, Palestinian Authority President Mahmoud Abbas voiced his strong opposition to the release of 40 Hamas members of the Palestinian parliament in exchange for Shalit. On 2 October 2009, after the swap of 20 Palestinian prisoners for a proof-of-life video, Khaled Mashal vowed to capture more Soldiers.

In 2010, the British magazine New Statesman listed Khaled Mashal at number 18 in the list of "The World's 50 Most Influential Figures 2010". In February 2012, as the Syrian Civil War progressed, Mishal left Syria and returned to Qatar. Soon after, he announced his support for the Syrian opposition.

On 18 October 2011, Shalit was released and handed over to Israel in exchange for 1,027 Palestinian prisoners.

Mashal arrived in the Gaza Strip for the first time on 7 December 2012, beginning a four-day-long visit to the territory, for the 25th anniversary of Hamas's founding. Upon arriving at the Rafah border crossing between Egypt and Gaza, Mashal prostrated himself on the ground in prayer, and was "moved to tears" by his reception. Mashal referred to his visit as his "third birth" telling cheering crowds, "We politicians are in debt to the people of Gaza."

In July 2014, in the wake of Operation Protective Edge, the Israeli press published allegations of widespread corruption within the Hamas leadership. Mashal and Mousa Abu Marzuk were said to have accumulated vast personal wealth estimated at $2.5 billion each. Mashal was alleged to have appropriated, for himself and his confidantes, the entire Hamas "Syrian Fund" of hundreds of millions of US dollars upon leaving Damascus for an opulent lifestyle in Qatar in 2012.

Addressing tens of thousands of attendees of Hamas's 25th anniversary in Gaza City's Katiba Square, Mashal stated that armed resistance was the correct path for Palestinians to gain their rights and "liberate" Palestine. He reiterated his movement’s refusal to concede any part of historical Palestine, stating "Palestine from the river to the sea, from the north to the south, is our land and we will never give up one inch." However, he also lent support to Palestinian President Mahmoud Abbas' successful initiative for international recognition of the State of Palestine at the United Nations, adding his belief that diplomacy helped the Palestinian cause, but was needed in conjunction with "resistance." At the conclusion of his visit Mashal stressed that Palestinian reconciliation was critical, stating that "Gaza and the West Bank are two dear parts of the greater Palestinian homeland."