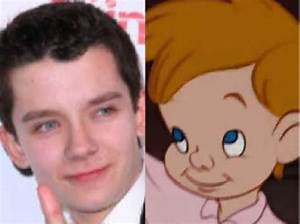 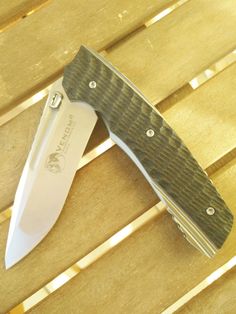 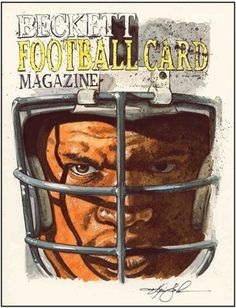 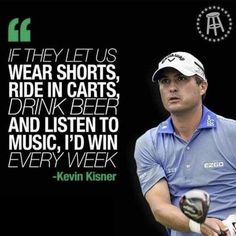 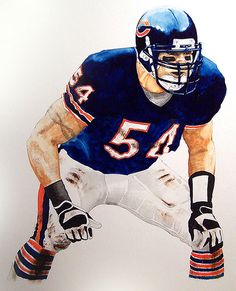 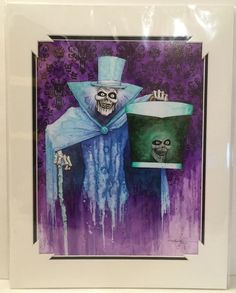 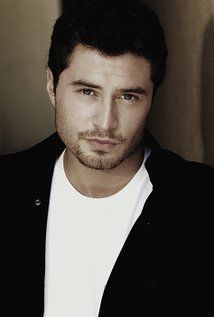 Johnson, the son of Georgia West and Lawrence Johnson, was born March 4, 1966, in Sacramento. After his father died in a boating accident when he was three, Johnson was raised by his grandparents, the Peat family. He attended Sacramento High School, where he starred in both baseball and basketball. In his senior year, Johnson led the state of California in scoring (32.5 ppg) and was named the Northern California Player of the Year.

Think Big was launched to facilitate the economic development of Sacramento, including the construction of a new entertainment and Sports complex. Think Big oversees progress at the downtown Railyards, an area that has been left unutilized since the 1980s and is currently one of the largest urban infill project in the country.

Johnson briefly played for Cal's baseball team and the Oakland Athletics drafted him as a shortstop in the twenty-third round of the 1986 MLB Draft. After playing a couple games with Oakland's minor-league team in Modesto, California during the summer of 1986, Johnson ended his baseball career, finding the road to professional baseball more arduous and risky compared to basketball.

Following his senior season of college basketball, the Cleveland Cavaliers selected Johnson with the seventh pick in the 1987 NBA draft. Originally drafted by Cleveland to challenge the incumbent point guard Mark Price for the starting spot, Johnson found himself playing limited minutes as Price's backup during the 1987–88 NBA season.

In his first full season with Phoenix, Johnson grew into one of the game's elite players, averaging 20.4 points, 12.2 assists, a 50.5% field goal percentage, and an 88.2% free-throw percentage. With those numbers, Johnson joined Magic Johnson and Isiah Thomas as the only players in NBA history to average at least 20 points and 12 assists in a season. His rapid improvement earned him the 1988–89 NBA's Most Improved Player Award. The 1988–89 season was the first of three straight seasons in which Johnson averaged at least 20 points and 10 assists, joining Oscar Robertson and Isiah Thomas as the only players in league history to accomplish that feat. It also represented the beginning of a new era for the previously moribund Suns' franchise. In K.J.'s first seven full seasons in Phoenix from 1989–1995, the Suns won the most regular season games in the NBA (394, an average of 56 and never fewer than 53), constituting the only club to win at least 50 every year during that span, and they won the second-most playoff games (46), trailing only the Chicago Bulls.

In 1989, while still an NBA player, Johnson founded St. HOPE (Helping Others Pursue Excellence) as an after-school program for kids in his native Oak Park neighborhood of Sacramento, California. St. HOPE eventually expanded to run as a nonprofit umbrella organization that consisted of three divisions: St. HOPE Academy, St. HOPE Public Schools, and St. HOPE Development Corporation. This encompassed the new vision to be a nonprofit community development corporation whose mission is to "revitalize communities through public education, civic leadership, economic development, and the arts." Johnson served as CEO of St. HOPE until January 2008.

Despite the undiagnosed hernia problems, K.J. continued to thrive in the postseason like few other point guards in the 1990s.

Johnson has received numerous awards for his dedication and contributions to his community. In 1991, Former President George H. W. Bush honored Johnson with as the 411th Point of Light recipient in recognition of Johnson's concern and compassion for children and education. In addition to being selected as one of the "15 Greatest Men on Earth" by McCall's, Johnson has received the NBA's J. Walter Kennedy Citizenship Award, the John R. Wooden Lifetime Achievement Award 2008, the Good Morning America Award from Sports Illustrated, the "Most Caring American" award by the Caring Institute, and induction into the World Sports Humanitarian Hall of Fame in Boise, Idaho.

But even before Johnson played his first regular season game with Charles Barkley, he suffered an undiagnosed hernia in October 1992 when he attempted to lift obese rookie teammate Oliver Miller off the ground during warmups before a preseason game. By the middle of the 1995–96 season, Johnson had suffered a second undiagnosed hernia. Primarily due to the groin, hamstring, quadriceps, and other muscle strains stemming from these undiagnosed hernias, Johnson missed 109 regular season games during his four seasons with Barkley from 1992–93 through 1995–96 (although he only missed one playoff game during his entire career). When diligent off-season workouts during the summer of 1996 failed to erase the abdominal and groin pain that had been plaguing Johnson since the middle of the last season, the Suns' doctors finally diagnosed the second hernia just after the start of training camp in the fall of 1996. Then, during surgery to repair the hernia, the Phoenix doctors discovered the second, "hidden" hernia that had existed for four years.

The St. HOPE Development Corporation, founded in 1994, has focused its efforts on Oak Park. The Development Corporation has enabled the renovation of a number of projects including a historic bank building that is now a local U.S. Bank branch, a Victorian house that has been converted to office space, and a 25,000 square foot art gallery and Retail complex that includes the Guild Theater and 40 Acres Art Gallery.

Johnson retired after the 1997–98 season, but returned briefly during the 1999–2000 season to replace the injured Jason Kidd during the playoff run. Johnson helped the Suns win their first playoff series in five years. After Phoenix lost in the second round to the Los Angeles Lakers, he retired for the second and final time.

St. HOPE Public Schools is a pre-K through 12th grade independent charter school system that provides education to nearly 2,000 students in seven small schools. One of the schools St. HOPE impacted was Sacramento High School (colloquially known as Sac High and now the Sacramento Charter High School), where three generations of Johnson's family including him attended. In October 2002, Sac High was at risk of being shut down and restricted into five smaller schools due to low test scores. But by January 2003, Johnson had raised seed money from the Gates Foundation and drafted a petition to reopen Sac High as an independent charter school. On September 2, 2003 Sac High reopened as Sacramento Charter High School, a charter school with 1,450 students. Since St. HOPE's involvement with Sac High, student performance has improved. In 2010 Sac High's API score improved to 719, compared to 610 in 2006. The number of students who completed all courses required for University of California or California State University Admission also rose between those years from 84% to 90.6%.

In 2007, the Sacramento Bee investigated Johnson's real estate holdings in the Oak Park neighborhood of Sacramento, and found that more than half the properties owned by Johnson and his various entities had been cited for various code violations, including for fire risk from overgrown vegetation, dead animals, Jun K and debris on the properties, and decaying and fire-damaged buildings. A local group, OPUS (Oak Park United against Slumlords) complained that Johnson was "stopping progress" in Oak Park by refusing to develop key properties in the community.

The Teacher to whom the student initially brought the complaint subsequently resigned over the incident, claiming, "St. HOPE sought to intimidate the student through an illegal interrogation and even had the audacity to ask me to change my story." Two classmates and a school counselor confirmed the teacher's version of events. Sacramento Police Chief Rick Braziel responded, saying, "I think the allegations at the school were handled in the way that you would want them handled. Immediately they followed all the normal protocols that they were supposed to follow. I think it was pretty clear there was nothing there... We did ask the young lady whether anyone had influenced her – her answer was no." The Sacramento County Sheriff John McGinness said on May 30, 2008, that Johnson's actions, though ill-advised, were not illegal.

In 2010 Johnson was the Founding Chair of the U.S. Conference of Mayors' Public Schools Task Force and the Co-Chair of U.S. Secretary of Education Arne Duncan's Mayoral Advisory Council.

Johnson married Michelle Rhee, the former Chancellor of the District of Columbia School System, on September 3, 2011, in front of 40 people at a Tennessee mountain resort. They had originally planned to get married the year before, but decided to postpone it in the wake of a large amount of media attention to their nuptials.

During the summer of 1995, a sixteen-year-old girl living in his home alleged that Johnson had molested her. Johnson apologized to the girl when he was confronted by her with the accusation during a phone conversation recorded by Phoenix police. However, he also stated that "what you're saying happened, I'm not entirely agreeing happened." The Sacramento Bee stated that they had received a copy of a proposed settlement agreement, under which Johnson would have paid the girl's family $230,000. After conducting an investigation, the Maricopa County Attorney's Office declined to prosecute, on the grounds that there was not a reasonable likelihood of conviction. On October 8, 2015, press accounts surfaced of a 1996 police video which showed detectives saying there was a likely chance that he was abusing her and others.

Johnson attended a charity event at Sacramento Charter High School on September 21, 2016, when a man approached him and hit him in the face with a pie. Johnson then allegedly assaulted his assailant, later alleging self-defense. The perpetrator, Sean Thompson, was arrested on a felony charge of assaulting a public official and misdemeanor charge of battery on school property.

Sacramento Steps Forward is an initiative launched to end chronic homelessness in Sacramento. Johnson assumed leadership as Chair of the regional Policy Board to End Homelessness and joined the U.S. Conference of Mayors’ Task Force on Hunger and Homelessness in 2009. By 2011, 2,350 households were moved into permanent housing and Sacramento was awarded approximately $6 million through the Homelessness Prevention and Rapid Re-housing Program.