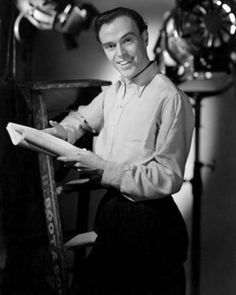 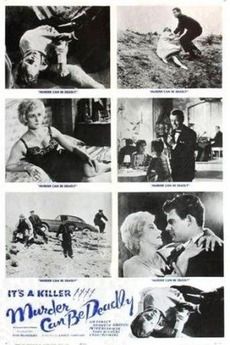 In 1965, Huw Weldon and the then Director of BBC2, David Attenborough, asked Griffith if he would like to make a film for the BBC on any subject that he chose. This resulted in a series of films on subjects as diverse as the Boer War in Soldiers of the Widow (BBC tx. 27/5/1967), A Touch of Churchill, A Touch of Hitler (BBC tx. 30/7/1971), the controversial story of Thomas Paine in The Most Valuable Englishman Ever (BBC, tx. 16/1/1982), David Ben-Gurion (The Light), Napoleon Bonaparte (The Man on the Rock), Pandit Jawaharlal Nehru, Roger Casement (Heart of Darkness 1992), and on one occasion a film commissioned by Thames Television on the story of the Three Wise Men of the New Testament, A Famous Journey (ITV tx. 20/12/1979). Griffith was expelled from Iran by the country's Foreign Minister.

Griffith left school and moved to Cambridge in 1937, taking a job at an ironmonger's weighing nails. This lasted only a day, and proved to be the only job he ever had outside the acting world. He approached the Cambridge Festival Theatre for work, and at the age of 16 was cast by Peter Hoare as Cinna the Poet in a modern-dress version of Julius Caesar.

He became a regular jobbing repertory actor, making his West End theatre debut in 1938 with a small part in Thomas Dekker's The Shoemaker's Holiday.

Griffith volunteered for Service with the Royal Air Force in 1939 before the outbreak of the Second World War. Before training in Canada, he returned to see his grandparents in Tenby, who, at his request, gave him a leather-bound copy of Hitler's book, Mein Kampf; he later explained in an interview that he wanted to understand what he was fighting against.

He appeared in many British films between the 1940s and 1980s, notably as Archie Fellows in The Shop at Sly Corner, Jenkins in Only Two Can Play (1962), the wireless operator Jack Phillips on board the Titanic in A Night to Remember (1958), in the crime caper Track the Man Down (1955) and especially in the comedies of the Boulting brothers, including Private's Progress (1956) and I'm All Right Jack (1959). He portrayed the gay medic Witty in The Wild Geese (1978) and a whimsical mechanic in The Sea Wolves (1980).

In 1941, he made his debut in the first of more than 100 films in which he principally played character roles. Released from the air arm of the Royal Air Force, Griffith returned to London, from where he was invalided out of the RAF in 1942. He joined the Liverpool, Lancashire-relocated Old Vic, and in repertory.

Whilst training in Canada, he caught scarlet fever and was invalided out of the Service in 1942, which resulted in his taking up stamp collecting. The first stamp he collected was the Siege of Ladysmith, South Africa.

He appeared in the episodes "The Girl Who Was Death" and "Fall Out" of the 1967–68 TV series The Prisoner. Subsequent TV appearances included episodes of Minder and Lovejoy, and critically acclaimed performances in "War and Peace" (1963), "The Perils of Pendragon", Clochemerle and "The Bus to Bosworth", where his personification of a Welsh schoolteacher out on a field trip won him many accolades back in his homeland of Wales.

In 1973, Griffith made a documentary film about the life and death of Irish military and political leader Michael Collins titled Hang Up Your Brightest Colours (which is a line taken from a letter from George Bernard Shaw to one of Collins' sisters after Collins' assassination) for ATV, but the Independent Broadcasting Authority did not permit it to be screened (it was not shown by the BBC until 1993).

In 1974, for a programme titled Curious Journey, he interviewed nine surviving IRA members from the 1916-23 period, i.e. the Easter Rebellion, Anglo-Irish War, and Irish Civil War; they were Maire Comerford, Joseph Sweeney, Sean Kavanagh, John O'Sullivan, Brigid Thornton, Sean Harling, Martin Walton, David Nelligan (or Neligan) and Tom Barry. He was allowed to buy this last film back, as long as he did not mention who had commissioned it (the Welsh TV company HTV). At one point in his career, Griffith accused the anti-censorship group, Index, of censoring him by delaying the publication of two book reviews he had written for its magazine.

A Boer War Historian, Griffith was sympathetic to the Afrikaners in South Africa. His opinion, in a South African television-funded documentary, was "provokingly sympathetic" towards the Afrikaners; South African television eventually withdrew its funding. He made a BBC2 documentary on Runner Zola Budd, which purported to reveal injustices done to her by left-wing demonstrators and organisations during a tour of England in 1988.

His autobiography, The Fool's Pardon, was published in 1994 by Little, Brown. BBC Wales presented a retrospective season of five of his documentaries in 1993, including the suppressed Michael Collins work, opening the season with a biographical study of Griffith called The Tenby Poisoner (BBC Wales, tx. 1/3/1993) in which Peter O'Toole, Martin McGuinness and Jeremy Isaacs paid tribute. BBC Wales screened a film on Griffith's life in the "Welsh Greats" Series Two, shown in 2008. In 2001, Griffith was given a lifetime achievement award by BAFTA.

Griffith suffered from complications associated with Alzheimer's disease in his later years, resulting in his retirement. He died at his home in London on 25 June 2006, aged 84. He was buried on 4 July 2006. At his request, his coffin was decorated with the flags of Wales, the Untouchables of India (of whose society he was President for many years), Israel, and the Irish tricolour. Griffith was interred beside his beloved grandparents (Emily and Ernest) in the churchyard adjoining St Nicholas and St Teilo Church in his native Penally.