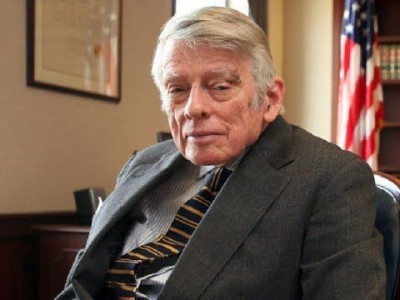 Kenneth Dart Net Worth: Kenneth Dart is an American-born businessman who has a net worth of $5.8 billion. The Dart family wealth began with a simple plastic cup. Dart Container Corporation is the world's largest manufacturer of Styrofoam cups.
Kenneth Dart is a member of Executives 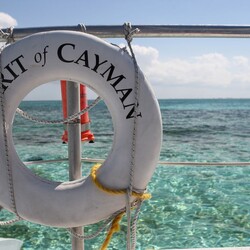 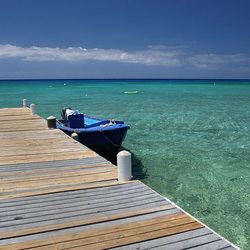 The company also makes the iconic red Solo cup. It has more than 50% of the U.S. market share.

Early Life: Born in 1955, Kenneth Dart earned his mechanical engineering degree in 1976 from the University of Michigan in Ann Arbor. His grandfather William F. Dart founded the Dart Container Corporation (originally the Dart Manufacturing Company) in Mason, Michigan in 1937. His son (Kenneth's father) William A. Dart graduated from the University of Michigan with three degrees in metallurgy, mathematics, and engineering and joined the family business in the late 1950s. He experimented with and perfected an expandable polystyrene molding process and shipped the first insulated foam cups in April 1960.

Career: After college, Dart joined the family business. He began his career in the company's engineering department. Over the years he took on increasing levels of responsibility, including the management of Dart's manufacturing operations. Ken Dart was named President of the company in 1986.

Dart is a Board member of the Dart Foundation. He also owns and serves on the Board of Directors of Dart NeuroScience, a private company formed to discover new technologies and therapeutics to reduce memory loss due to the effects of aging, stroke, or brain injury.

Tax Issues: In 2001, after a long investigation, the IRS ruled that Ken Dart and his brothers improperly billed $11.6 million in personal security costs to Dart Container. Dart argued in U.S. Tax Court that the money was a valid business expense. Half of the $11.6 million had been spent on private jets. The IRS asked for $4 million more in taxes for the 1996 and 1997 tax periods. In 2002, Dart paid $26 million in back taxes. In 2003, the IRS once again took Ken Dart to court, saying he owed an additional $19 million for 1998 and 1999 taxes.

Cayman-based businesses: Dart owns a number of Cayman-based enterprises, including Dart Enterprises, Dart Realty, and Cayman Shores Development. Dart is one of the biggest employers on the island. His real estate development projects have made him a bit of a local hero in that they have provided relief from the economic woes the 2008 financial crisis placed on the island. During the global financial meltdown, roughly 10,000 Cayman registered hedge funds lost half their value of $3.4 trillion. In 2009 the local economy shrank by seven percent.

Dart's nearly endless supply of money is changing the face of the Cayman Islands. He tore down an old Courtyard Marriot to make way for a 264 room, 62 condo Kimpton hotel and spa. Dart has also made investments in the island in the areas of retail, finance, construction services, and technology. Dart's investments helped the Caymans through some lean years but resulted in the tycoon now controlling a large part of the local economy.

Besides his real estate projects, Dart also headquarters his global investing business, Dart Management, at his Cayman development. Dart Management is a so-called vulture fund. The strategy of vulture funds is to buy government debts at sharply reduced prices when weak governments are in crisis and eventually force these governments to pay the full amount of the debt. Dart employed this strategy in 1994 by acquiring Brazilian debt instruments and eventually generating a profit of about $600 million. During the Greek financial crisis, Dart made money by forcing the Greek government to pay $480 million in 2012, 90% of which went to his fund.

Personal Life: In December 1993, Dart fled the U.S., leaving behind his wife and children, but taking with him his tax attorney Richard Rastall. He declared himself a tax refugee and fled to the Cayman Islands where he still resides.

Dart is heavily involved in several charitable organizations, including the Dart Foundation, designed to promote education for young folks. He helped organize several scholarships for high school students in the Cayman Islands who want to earn a college degree overseas. Dart has also worked with the Cayman Islands to maintain the integrity of the land and several parks.

Real Estate: Just before midnight on September 9, 1993, Ken Dart's brand new Sarasota, Florida mansion burned to the ground. The suspects ranged from Brazilian bankers to Ken's older brother Thomas, to neighborhood kids getting into felonious mischief. The crime has never been solved.

Dart lives on Seven Mile Beach in an old hotel — the entire hotel — once known as the West Indian Club.

He is thought to control close to a quarter of the real estate on the Cayman Islands as a whole. The crown jewel of his holdings is the luxurious Camana Bay development, a 500-acre mixed-use, master-planned community that is being developed in phases over several decades. The property includes a residential development, a marina, and a town center with offices that cater mainly to hedge funds and other financial companies. All areas of the development are linked by a network of bike paths.

Dart's land holdings now make up more than eight percent of the beach-rimmed paradise for the rich and famous. Dart also has land in Turks and Caicos, the Bahamas, and 10 other countries around the globe slated for both development and conservation.