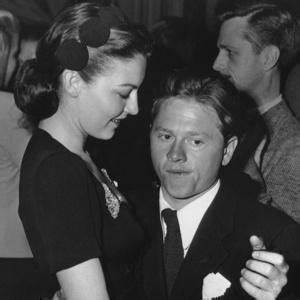 Ken Hughes was born on January 19, 1922 in  Liverpool, England, United Kingdom, is Writer, Director, Producer. Ken Hughes was an award-winning writer and director who flourished in the 1950s and 1960s, though he continued directing into the early 1980s. Born in Liverpool, England, on January 19, 1922, Hughes decided early in his life that he wanted to be a filmmaker. When he was 14 years old he won an amateur movie-making contest.In 1952 his first feature, the crime drama Wide Boy (1952), was released. By 1955 he was working with imported American character actor Paul Douglas in the quirky Joe MacBeth (1955), a retelling of William Shakespeare's tragedy recast as a modern film noir. Hughes directed the movie and wrote the screenplay. That film led to his directing more English pictures with imported Hollywood B-list stars, including Arlene Dahl and Victor Mature. In a reverse of the Atlantic trade, he exported a script to the US, which was picked up by "Alcoa Theater" and aired as Alcoa Theatre: Eddie (1958), starring Mickey Rooney and directed by Jack Smight. It brought Hughes an Emmy Award for his teleplay.His favorite of his many movies was The Trials of Oscar Wilde (1960), starring Peter Finch as the doomed writer. He was nominated for three BAFTA Awards and Finch took home the BAFTA as Best Actor. It also won the Samuel Goldwyn Award for Best English-Language Foreign Film at the Golden Globes.During the 1960s Hughes worked on A-List pictures, including Of Human Bondage (1964), an adaptation of W. Somerset Maugham's book, but it did not make anyone forget the Bette Davis-Leslie Howard classic of 30 years earlier (Of Human Bondage (1934)). He also toiled as one of the five directors on the cinematic mishmash Casino Royale (1967), which was a box-office smash but a critical bomb.His greatest hit was the adaptation of another Ian Fleming work, his children's book Chitty Chitty Bang Bang (1968). The movie was a huge hit, but Hughes was dissatisfied with it. His next picture, the historical epic Cromwell (1970) (1970), got good reviews, but did not burn up the turnstiles at theaters.His career slowed down in the 1970s, the low point of which was undoubtedly his directing 83-year-old Mae West, vamping eternally as the 30-something sexpot she imagined herself in her mind, in the Golden Turkey Sextette (1978), a critical and box-office dud. He ended his career directing the exploitation film Night School (1981), a slasher pic starring a then-unknown Rachel Ward.After a period of declining health, Ken Hughes died on April 28, 2001, in Los Angeles. He was 79 years old.
Ken Hughes is a member of Writer 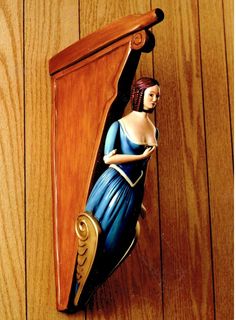 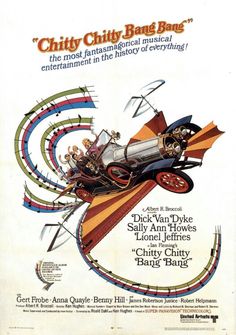 In 1941 he began making documentaries and short features. When he was in the army, he made training films.

Hughes had three marriages, to two women. From 1946-1957, he was married to Charlotte Epstein. From 1970 to 1976 he was married to Cherry Price, with whom he had a daughter Melinda, an opera singer. The marriage was dissolved in 1976 and Hughes remarried his first wife in 1982. They were still married when Hughes died from complications from Alzheimer's Disease. He was living in a nursing home in Panorama City.

Hughes received notice for Joe MacBeth (1955) a modernised re-telling of Macbeth set among American Gangsters of the 1930s, but shot at Shepperton Studios in Surrey. He shared an Emmy Award in 1959 for writing the television play Eddie (for Alcoa Theatre) which starred Mickey Rooney.

He made some films for Columbia: Wicked as They Come (1956), The Long Haul (1957). He wrote High FLIGHT (1957) made by Warwick Films, producers Albert Broccoli and Irving Allen, who released through Columbia. For British TV he wrote episodes of Solo for Canary (1958).

For Warwick Films, he directed two films with Anthony Newley, Jazz Boat (1960) and In the Nick (1960). Warwick liked his work and hired Hughes to direct The Trials of Oscar Wilde (1960) with Peter Finch. It was well received, and Hughes favourite film because he did not make any concessions in its production.

Hughes wrote and directed The Small World of Sammy Lee (1963), based on Hughes' television play Sammy which had been broadcast by the BBC in 1958. Anthony Newley was the title lead in both playing a confidence trickster and gambler. He directed episodes of the TV series Espionage (1964).

He replaced Bryan Forbes, who in turn had replaced Henry Hathaway on Of Human Bondage (1964), satrring Laurence Harvey and Kim Novak. It was financed by Seven Arts who used Hughes on the Tony Curtis comedy Drop Dead Darling (1965). Hughes wrote episodes for the TV series An Enemy of the State (1965). Hughes was one of several Directors who worked on the James Bond spoof Casino Royale (1967).

He co-wrote and directed Chitty Chitty Bang Bang (1968) for Producer Broccoli. Although it was a success at the box-office, it received a negative response from critics who objected to its sentimentality. It was a project he did not enjoy working on. "The film made a lot of money, but that doesn't really make me feel any better about it. On the other hand, I've made pictures that got awards at Berlin and places, and didn't make any money, and that doesn't make me feel any better either". Irving Allen produced Cromwell (1970), a dream project of Hughes. It stars Richard Harris in the title role and Alec Guinness as Charles I, but was not a financial success.

Hughes faced financial difficulties in the late 1970s. He worked in the United States for the first time directing Mae West in Sextette (1978), it was her last film.

Hughes directed The Internecine Project (1974) for British Lion and Alfie Darling (1975), a sequel to Alfie (1966); they both flopped. He wrote and directed and wrote episodes of Oil Strike North (1975)

His final film was the slasher movie Night School (1981), the film debut of Rachel Ward.