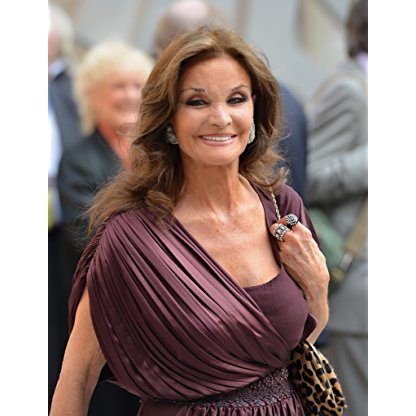 Kate O'Mara was born on August 10, 1939 in  Leicester, Leicestershire, England, United Kingdom, is Actress, Soundtrack. Kate O'Mara was born Frances Meredith Carroll on August 10, 1939 in Leicester, Leicestershire, England. A hard-looking brunette with high cheekbones, Kate was the daughter of actress Hazel Bainbridge and John Carroll and prodded into performing as a child. Educated at the Aida Foster School, she began an early career as a speech therapist at a Sussex Girls' School, but her attraction to acting got the best of her and she switched gears, making her debut in a stage production of "The Merchant of Venice" in 1963 at age 24. She continued to appear in classical works throughout the next two seasons until television series spots started coming her way. Kate attracted gothic notice in Hammer Studio horror films as tawdry, darkly alluring femmes in both The Horror of Frankenstein (1970) and The Vampire Lovers (1970), but her film load over the years would remain sporadic.She had remained focused on stage endeavours in the ensuing years and had appeared in many British television series as well as various femme fatales or shady ladies. She made little leeway in America but did appear as Joan Collins equally bitchy sister for one season of Dynasty (1981) in 1986. She was also delightfully vindictive in episodes of Doctor Who (1963) and Absolutely Fabulous (1992) in England. She relished a standout role in the long-running British soap opera Crossroads (2001). In the 1980s, she founded and toured in a theatre company (The British Actor's Theatre Company), which had continued running into the millennium. She had since published two books: "When She Was Bad" in 1991 and "Good Time Girl" in 1993. Kate O'Mara died at age 74 on March 30, 2014 after a short illness in a nursing home in Sussex, England.
Kate O'Mara is a member of Actress 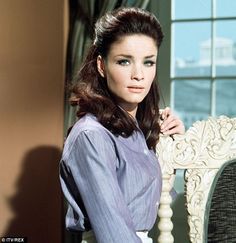 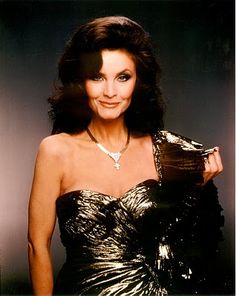 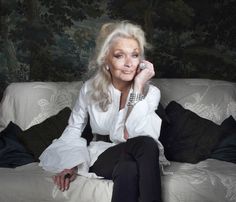 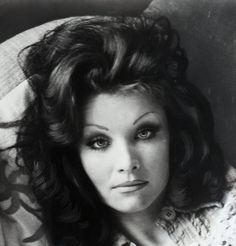 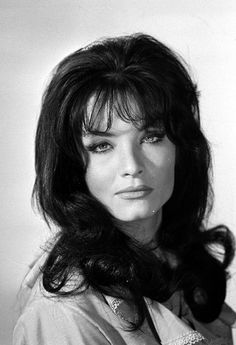 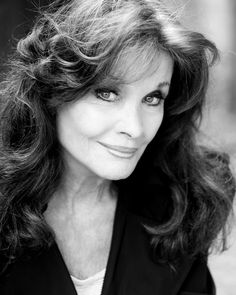 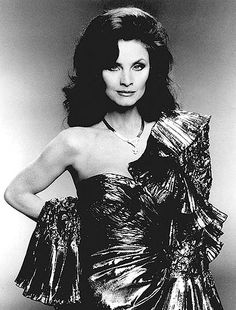 O'Mara was born Frances Meredith Carroll to John F. Carroll, an RAF flying instructor, and Actress Hazel Bainbridge (born Edith Marion Bainbridge; 25 January 1910 – 7 January 1998). Her younger sister is Actress Belinda Carroll. After boarding school she attended art school before becoming a full-time Actress. O'Mara made her stage debut in a production of The Merchant of Venice in 1963, although her first film role was some years earlier (under the name Merrie Carroll) in Home and Away (1956) with Jack Warner, as her father, and Kathleen Harrison.

Her earliest television appearances, in the 1960s, included guest roles in Danger Man, Adam Adam Ant Lives!, The Saint, Z-Cars and The Avengers. In 1970, she appeared in two Hammer Studio horror films: The Vampire Lovers and The Horror of Frankenstein. In the former, she had an erotically charged scene with Ingrid Pitt, in which O'Mara was meant to be seduced; the two women were left laughing on set, however, as Pitt's fangs kept falling into O'Mara's cleavage. O'Mara's work in The Vampire Lovers impressed Hammer enough for them to offer her a contract, which she turned down, fearful of being typecast.

O'Mara was married twice, first to Jeremy Young in 1961; the couple divorced in 1976. In 1993, she married Richard Willis, but the marriage was dissolved in 1996. She had two sons, Dickon Young (1964–2012) and Christopher Linde (born 1965), both from previous relationships, although Dickon took his stepfather's surname. She gave up Linde for adoption and he was named by his adoptive parents, Derek and Joy Linde.

O'Mara made her stage debut in a 1963 production of The Merchant of Venice. Her other stage roles included Elvira in Blithe Spirit (1974), Lady Macbeth in Macbeth (1982), Cleopatra in Antony & Cleopatra (1982), Goneril in King Lear (1987) and Marlene Dietrich in Lunch with Marlene (2008). Her films included two 1970 Hammer Horror films: The Vampire Lovers and The Horror of Frankenstein. On television, she had regular roles in The Brothers (1975–76), Triangle (1981-82) and Howards' Way (1989–90), and portrayed the recurring part of the Rani in Doctor Who (1985–87). O'Mara played Caress Morell, the scheming sister of Alexis Colby in the American primetime soap opera Dynasty in 1986. She also appeared as Jackie Stone in two episodes of the BBC sitcom Absolutely Fabulous.

She had a regular role in the BBC drama series The Brothers (1975–76) as Jane Maxwell, and in the early 1980s, O'Mara starred in the BBC soap opera Triangle (1981–82), sometimes counted among the worst television series ever made. She played the villainous Rani in Doctor Who. The character, as played by O'Mara, appeared in two serials, The Mark of the Rani (1985) and Time and the Rani (1987) and the Doctor Who 30th Anniversary Special Dimensions in Time (1993), part of the Children in Need charity event.

Between these appearances in Doctor Who, she played Caress Morell in the American primetime soap opera Dynasty. As the sister of Alexis Colby (Joan Collins), O'Mara appeared in 17 episodes of the sixth season and 4 episodes of the seventh during 1986. "We had a tremendous bitchy tension between us", the Actress recalled about performing opposite Collins. “My character Caress was like an annoying little mosquito who just kept coming back and biting her.” O'Mara disliked living in California, preferring the change of seasons in Britain, and to her relief was released from her five-year contract after Collins told the producers that having two brunettes in the series was a bad idea. After returning to the UK, she was cast as another scheming villain, Laura Wilde, in the BBC soap Howards' Way (1989–90).

O'Mara continued to make television appearances throughout the 1990s, including Cluedo (1990), and playing Jackie Stone (Patsy's older sister) in two episodes of Absolutely Fabulous (1995–2003). In 2001, she had a recurring role in the ITV prison drama series Bad Girls before appearing in the short-lived revival of the soap opera Crossroads. She continued to perform on stage and in March 2008 she played Marlene Dietrich in a stage play entitled Lunch with Marlene. From August to November 2008, she played Mrs Cheveley in Oscar Wilde's stage play An Ideal Husband directed by Peter Hall and produced by Bill Kenwright. She performed in radio and audio plays. In 2000 she reprised her role as the Rani in the BBV audio play The Rani Reaps the Whirlwind, and in 2006 she made a guest appearance in the radio comedy series Nebulous.

O'Mara spoke on several occasions about her experience with the casting couch. On an episode of The Word in 1994, O'Mara claimed that American Producer Judd Bernard pulled down her panties during a hotel-room audition for the Elvis Presley vehicle Double Trouble. In her autobiography Vamp Until Ready: A Life Laid Bare, O'Mara described this incident and "many other close encounters with... this very unpleasant and humiliating procedure", including with a well-known television casting Director, the boss of Associated Television at Elstree Studios, and the Director of Great Catherine.

Christopher, from whom the Actress was long estranged, was born from her relationship with actor David Orchard. Dickon, whose biological father was reportedly actor Ian Cullen, was a stage manager for the Royal Shakespeare Company before setting up his own company building tree-houses in the mid-1990s. He was found hanged, a presumed suicide, at the family home in Long Marston, Warwickshire on 31 December 2012, after previous suicide attempts. O'Mara was hospitalised with pneumonia at the time of her son's death and his body was not discovered for three weeks.

O'Mara died on 30 March 2014 in a Sussex nursing home, aged 74, from ovarian cancer. She left a £350,000 estate, bequeathing £10,000 to the Actors’ Benevolent Fund and, after the funeral and legal fees, the remainder to her younger sister Belinda Carroll, a former Actress.

Speaking about her bouts of depression, later in her life, O'Mara said: "... I've since learnt a cure for depression: listening to J.S. Bach and reading P.G. Wodehouse. This got me through the break-up of my second marriage 17 years ago. The great thing about Wodehouse is that his books are full of romantic problems and yet so hilarious that it puts things in perspective ... I'm not frightened of dying, but I love the countryside so much and I’m going to miss it. I'd like to be out in the wind and the trees for ever."