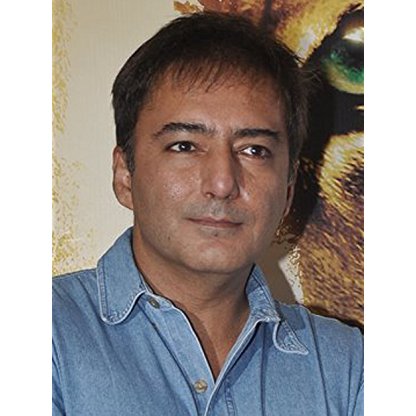 Kamal Sadanah was born on October 21, 1970 in  Bombay, India, India, is Actor, Writer, Director. Kamal SadanahBorn in a family of filmmakers, his first step as an infant was on the sets of his father's film shoot. His father Brij Sadanah made some memorable films in the 60s, 70s, and 80s. Some to name are "Victoria no. 203, Chori Mera Kaam, Yeh Raat Phir Na Ayegi, Professor Pyarelal" his mother Sayeeda Khan was also an actress in Bollywood movies in the mid 60s. Kamal started his career in films at an early age by assisting directors like Ajay Goel and national award recipient Sukhwant Dhadda. By the age of 19 he was actively handling the production department of his father's home production and was the 1st Ad for another director. He was soon launched as an actor in Rahul Rawail's "Bekhudi" opposite Kajol. He then moved on to play the hero in films like "Rang" "Bali Umar Ko Salam", "Fauj" and many more. Having being a student of Cinema he soon changed his position to that of a storyteller and directed his first independent film called "Karkash". The film's exhibitory run was limited to film festivals only. Shortly after that Kamal produced a remake of his father's film "Victoria no. 203". The film did not fare well at the box office but it ensured that Kamal was going to chart his career in the business of Cinema. He went back to studying more technical aspects of film making and refining his skills. He did a course with the New York Film Academy and then another specialized course in Visual Effects. Kamal finally joined forces with his childhood friend Abis Rizvi to make 2014 most awaited film "Roar - Tigers of the Sundarbans" with over 800 shots in visual effects, locations in 4 countries, and international crew of 150 and the central character being the Royal Bengal Tiger, this film has been (quote) "the most challenging and fulfilling journey of my life"
Kamal Sadanah is a member of Actor

Kamal lost his father, mother Sayeeda Khan and sister Namrata on 21 October 1990, his 20th birthday. His father killed himself after shooting dead his mother and sister in an inebriated state at their residence.

Kamal made his acting debut opposite Kajol in the 1992 film Bekhudi which did not do well at the box office. In 1993, he acted alongside the late Divya Bharti in Rang which was a hit . After this, he acted in a string of films which failed to do well. At the end of the 90s, he quit films for several years and made a comeback to acting in 2006 with a role in the Zee TV television serial Kasamh Se.

In 2005, he turned Producer and Director making his directorial debut with a small-budget film titled Karkash. In 2007, he produced Victoria No. 203 which is a remake of his father's 1972 hit film of the same name and was directed by Anant Mahadevan. The film was produced by Kamal's production company Angath Arts Pvt. Ltd. Kamal also has a supporting role in the film which released on 31 August 2007. In 2014 he wrote and directed Roar which released on 31 October 2014.