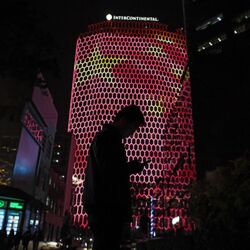 Reddy Laboratories (DRL) Ltd., a pharmaceutical company, which listed him among world's billionaires. A graduate of Bombay University with a B.Sc. in Pharmaceutical Science and Fine Chemicals, who had also a PhD in Chemical Engineering from National Chemical Laboratory, he formed DRL in 1984. Currently, the company is run by his son and son-in-law, and last June, it established a partnership with a division of Germany's Merck, Merck Serone, in order to develop cancer drugs. Moreover, DRL had previously a marketing agreement with GlaxoSmithKline and a joint enterprise with Fujifilm Corp. to produce and sell generic drugs in Japan. Lately, Bristol Myers Squibb sued DRL for a supposed patent infringement of a cancer drug. Reddy served also as the chairman of Dr. Reddy's Foundation (DRF) which he founded in 1996, as well as he was a member of the Indian Prime Minister's Council on Trade and Industry. For his contributions to the pharmaceutical industry in India, the Government had honored him with the prestigious award Padmabhushan. K. Anji Reddy died of liver cancer on March 15, 2013.