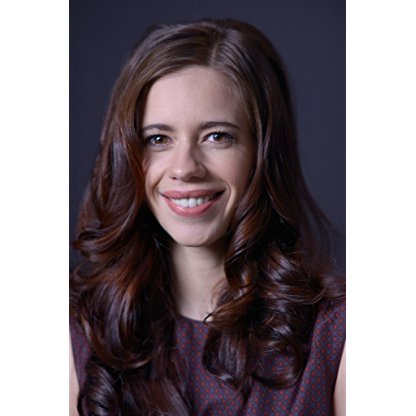 Kalki Koechlin was born on January 10, 1984 in  Pondicherry, India, India, is Actress, Writer. Kalki Koechlin was born to French parents in a small village in Pondicherry. Her parents had come to India as hippies in the 1970s and settled there after they fell in love with the country. Her parents are devotees of Sri Aurobindo.Kalki was studying in Ooty when her parents insisted that she attend university. She studied drama and theatre at Goldsmiths, University of London, where she also worked with a theater company called Theatre of Relativity for two years. She performed in various plays, including David Hare's "The Blue Room," Marivaux's "The Dispute," and a devised play called "The Rise of the Wild Hunt" during her two-year stint with the theater group.Kalki later decided to move to Mumbai to try her luck in Indian cinema. She was doing modeling assignments for television commercials before being shortlisted for the role of Chandramukhi (Chanda) in Dev.D (2009). Kalki, who can speak Tamil, English, and French, had to learn Hindi to prepare for her role in Dev.D (2009). She was apprehensive about how people would judge her after seeing her in the role.She won The Hindu's 2009 MetroPlus Playwright Award, along with Prashant Prakash, for their co-authored entry "Skeleton Woman." Kalki also acted in the play "Hair" directed by Ajay Krishnan.
Kalki Koechlin is a member of Actress 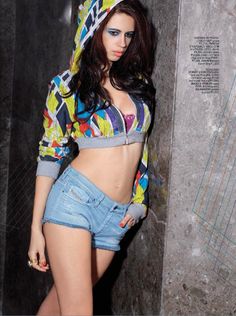 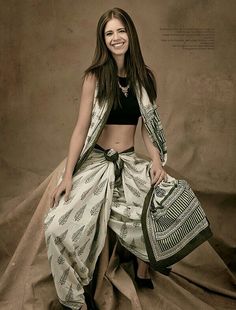 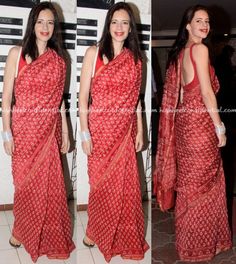 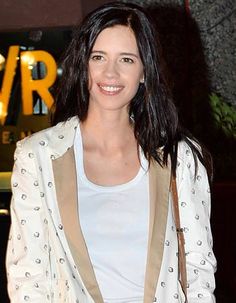 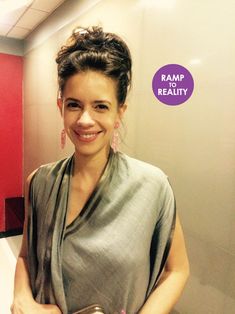 Koechlin will feature, alongside Ali Fazal and Gulshan Devaiah, in Soni Razdan's Love Affair, a fictionalised version of the 1959 Nanavati murder case. Koechlin is also filming for Pakistani Director Sabiha Sumar on a documentary entitled Azmaish – Trials of Life, for which she visited Karachi, Lahore and Skardu to observe the Pakistani culture of the provinces Sindh, Punjab and Khyber Pakhtunkhwa. She has also committed to star in Shahnawaz NK's bilingual film CandyFlip opposite Prakash Raj and Gulshan Devaiah.

Koechlin was cast opposite Emraan Hashmi and Abhay Deol (her third collaboration with Deol) for Dibakar Banerjee's political-thriller Shanghai. The film, which was based on the Greek Writer Vassilis Vassilikos's 1967 novel Z (made into a movie of the same name), had its premiered at the 2012 Toronto Film Festival. Koechlin found the role of a political Activist, which she described as vulnerable and awkward to be challenging. She said that the character was, "someone who is not an accepted person [...] an outsider". Shanghai received positive reviews from critics, and was a surprise hit at the box-office grossing over ₹355 million (US$5.4 million) worldwide. Koechlin garnered a mixed response for her performance in the film. While Russell Edwards noted the "biting edge" she brought to the role, Aniruddha Guha thought of her as the "weakest link" in the film.

Kalki Koechlin was born in Pondicherry, India, on 10 January 1984 to French parents, Joel Koechlin and Françoise Armandie, who came to India from Angers, France. She is a descendant of Maurice Koechlin, a French structural Engineer who played an important role in the design and construction of the Eiffel Tower. Koechlin's parents are devotees of Sri Aurobindo, and she spent a significant amount of her early childhood in Auroville. The family later settled in Kallatty, a village near Ooty in Tamil Nadu, where Koechlin's father established a Business designing hang-gliders and ultralight aircraft.

Koechlin won The Hindu's 2009 The MetroPlus Playwright Award along with Prashant Prakash for the play Skeleton Woman which they co-wrote, directed by Nayantara Kotian. The play is a modern adaptation of an Inuit folk tale about a writer; Koechlin played the protagonist's wife. It premiered at the Prithvi Theatre, Mumbai. Asmit Pathare of Mumbai Theatre Guide in his review wrote: "The actors being the playwrights themselves, seemed to know what they were doing". She also co-wrote Colour Blind, a play that attempts to rediscover different aspects of the personality of Indian poet Rabindranath Tagore through his life and writings. In dual roles, Koechlin plays the Argentine Writer and intellectual Victoria Ocampo (a close associate of Tagore), and a young woman who is writing a research paper on him. Aditi Sharma of Mumbai Theatre Guide calling Koechlin the "star or the play" noted that she "really put in an effort to build her character and it shows".

Koechlin played a supporting role in the black comedy The Film Emotional Atyachar, her only film appearance of 2010. Co-starring Ranvir Shorey, Mohit Ahlawat, Abhimanyu Singh, Vinay Pathak, and Ravi Kishan, it opened to mixed reviews. Her performance as Sophie, a manipulative woman who is abducted by two corrupt policemen, garnered mixed reviews from critics. Komal Nahta of Koimoi labeled her performance as "average", while Blessyy Chettiar of Daily News and Analysis felt that she was "underused". Koechlin had committed to star in I am Afia, one of the four short films of Onir's anthology I Am, but it went into production with a modified plot for the segment. In an interview with The Telegraph Onir said, "as we discussed the subject more and more, both Kalki and me felt that the narrative was becoming too hurried in the 25-minute limit". Koechlin, who was to play the role of an NGO worker in the film was ultimately replaced by Nandita Das, after the change of plot.

Koechlin made her debut as a Screenwriter with Anurag Kashyap's 2011 thriller That Girl in Yellow Boots. She said that Kashyap asked her to write the script for the film as he was looking for a woman's perspective for the story. Co-starring with Naseeruddin Shah, Koechlin played a British woman name Ruth, who travels to Mumbai in search of her biological father. The role was partially based on her own experience as a 'white-girl' in India. Shot in a short duration of thirteen days, the film was screened at the 2010 Toronto International Film Festival and the 67th Venice International Film Festival, among other venues. It opened to critical acclaim, with Koechlin being widely praised for her performance. Giving the film three-and-a-half stars out of four, Roger Ebert wrote that Koechlin "creates a memorable woman who is sad and old beyond her years". Sukanya Verma of Rediff.com described Koechlin as "unrestrained and uncorrupted". NDTV film critic Saibal Chatterjee also lauded the film and deemed her performance as "absolute perfection". Koechlin's final release of the year was the Sanjay Leela Bhansali-produced comedy My Friend Pinto. She played the role of an aspiring Dancer in the film.

After the separation Koechlin discussed her struggles in an interview with Daily News and Analysis, "Even as an actor, you have days when you haven't slept enough, you don't feel like you're good enough or pretty enough ... But ultimately, it's all about attitude. You must live with a little abandon and not be self-conscious. You ought to stop staring at yourself in the mirror, and just smile a little!" Having suffered through racial prejudice in her teenage years and early film career, when she was stereotyped as a 'white-girl' in India, Koechlin advocates for an anti-racist ideology. She acknowledged her share of confusion, regarding her identity as a "white-skinned woman growing up in Tamil Nadu", who had to defend her "Indian-ness" at numerous occasions. Later in 2012, she said of herself, “My skin is white, but my heart is brown.” She has a French passport, and stated in an interview that she chose it over an Indian passport as it is easier to travel with the former.

Koechlin married film-maker Anurag Kashyap in April 2011, at her maternal home in Ooty. The two met while filming her debut film Dev.D. On 13 November 2013, both Koechlin and Kashyap issued a joint statement addressing their separation. On 19 May 2015, they filed for divorce at a Mumbai family court. During the period between their separation and eventual divorce, the couple went through marriage counseling as well. Amidst all the news and speculation surrounding the separation, Koechlin revealed that she regretted being so transparent about her personal life, stating in 2012, "It just takes centre stage instead of your work". Since her divorce, she has rarely mentioned her personal life in public. Tabloids have often linked her romantically with other Bollywood stars, but she has strongly denied any such rumours. Koechlin adopted a rescue cat named Dosa.

Koechlin is particularly known in the Indian media and film industry for her dedication to her work. Atul Kumar, founder of The Company Theatre, and her co-star in Hamlet, noted: "[h]er commitment as an actor is relentless". The Director Shonali Bose, while filming Margarita With a Straw, said Koechlin was able to give perfect long takes for the film because of the "intense hard work that she put into the preparation of her role". Her former husband, Anurag Kashyap—who directed her in three films—believes that she "has grown as an actor since Dev D.". Rajat Kapoor, in whose Hamlet Koechlin performed as Ophelia, believes she is an Actress who has the "sensitivity and understanding of filmmaking and theatre".

Koechlin is a Celebrity endorser and has been associated with several brands and services, including: Coca-Cola, Olay, Vogue, Micromax, Titan, Grey Goose's Style du jour, and AOC International including the cosmetic giant Oriflame. In an interview for Asian News International, Koechlin said that she "believes that everyone, whether an actor or a model, should endorse a brand which matches their ideologies". She was also the brand ambassador of the "Cinema For Care" section, aimed at creating awareness about disability issues at the All Lights India International Film Festival (ALIIFF) held in Thiruvananthapuram, Kerala in November 2015.

Koechlin began writing poetry during her childhood and has variously performed and recorded self-written poems. A patron of socially relevant poetry, she performed a solo theatrical monologue entitled, Wo-Manologue at a December 2016 event organised by the FICCI Ladies Organisation. She has also sporadically recited An Intense Piece about the Truths of Womanhood, a soliloquy, on such events as the International Women's Day special at the India Today Conclave in March 2014 and the 2016 Kalyani Nagar meeting of the FICCI Ladies Organisation. She recited three separate poems focusing on consumerism, the contemporary society, and a comic nursery rhyme at "Spotlight", a poetry slam in Mumbai. Koechlin was a member of the jury at the 2016 National Youth Poetry Slam, held in Bangalore.

At the SpokenFest 2017, organised by Kommune India, Koechlin performed a 17-minute act entitled "Fairy Tale". The piece aimed to highlight the "intrinsically faulty" representation propagated by fairy tales. She suggested alternative readings that, among other things, disregarded the notions of a Princess "[who] must never displease", a Prince, who "has to be gentle and yet be a man" and interpreted a witch not as the "antagonist, but [...] as a strong woman misunderstood by the society". In response to the poem, Ishita Sengupta of The Indian Express suggested a re-reading of the fairy tales "in a new light".