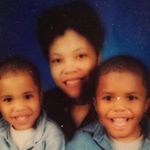 Center who joined the Minnesota Timberwolves in 2017. He played for the 2017 NBA Summer League.

He was a five star recruit after high school, and then played ball for Creighton from 2016 to 2017.

He is siblings with Kendall Patton.

He and Brandon Ingram are both basketball players born in 1997.