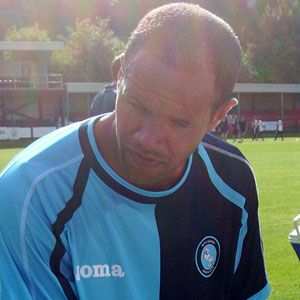 Midfielder who began his tenure as a player and coach for Hendon F.C. in 2011.

He made his professional debut with Fulham F.C. in 1992.

He played for nearly 15 teams during his 20+ professional seasons.

He and his siblings were raised in Wembley, England.