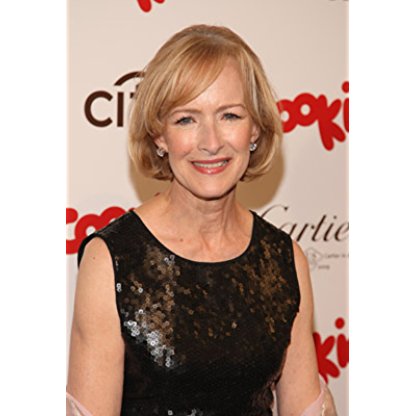 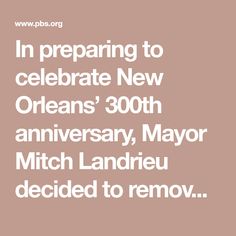 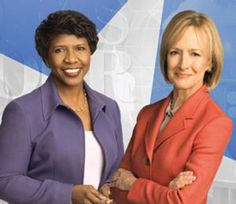 Woodruff was born on November 20, 1946 in Tulsa, Oklahoma to william H. Woodruff, a chief warrant officer in the Army, and Anna Lee Woodruff (née Payne). She has one sister, Anita. She grew up as an army brat, and because of that moved multiple times during her childhood, attending seven different school between kindergarten and 7th grade. Woodruff first moved from Oklahoma to Germany, when she was five years old. She then moved to army bases in Missouri and New Jersey, returned to Oklahoma, lived in Taiwan for a few years, and subsquently went to North Carolina, before settling in the Augusta, Georgia area, when her father was stationed at Fort Gordon. Woodruff went to the Academy of Richmond County, a high school in Augusta. In 1963, she won the beauty pageant Young Miss Augusta.

Woodruff attended Meredith College in Raleigh, North Carolina between 1964 and 1966, initially pursuing a degree in mathematics. In an interview, she told that her political science Teacher at Meredith got her interested in politics. Woodruff transferred to political science at Duke University in 1966. She was active in the student government of Duke, and was a member of the sorority Alpha Delta Pi. While studying, she worked for Georgia Representative Robert Grier Stephens Jr. as an intern during two summers, but was discouraged from working in Washington, D.C. because of the manner in which women were being treated there. Woodruff decided to enter journalism in her senior year. She graduated from Duke with a bachelor's degree in 1968. She has served on the board of trustees of the university between 1985 and 1997. Woodruff received an honorary degree (D.H.L.) from Duke in 1998, and she was also awarded an honorary degree (LL.D.) from the University of Pennsylvania in 2005.

Woodruff applied for her first job in journalism during the spring break of her senior year at Duke. She was hired as a secretary at the news department of the ABC affiliate in Atlanta, Georgia (WQXI-TV), and began working after she graduated in 1968. Besides being a secretary, she also presented the weather forecast on Sundays in her last six months at the station. Woodruff left the affiliate after 1.5 years to move to the local CBS affiliate WAGA-TV in 1970, working as a reporter. She covered the Georgia State Legislature, and anchored the noon and evening news.

In 1975, she moved to NBC, where she served as a general assignment reporter based in Atlanta. Together with Kenley Jones, she covered the southeast, an area spanning ten states, and the Caribbean. Woodruff was assigned to cover Jimmy Carter's successful 1976 presidential campaign for NBC, when Carter was not yet seen as a major contender. Woodruff had already covered Carter's second gubernatorial campaign in 1970 for WAGA-TV. Woodruff traveled with Carter's presidential campaign until she was taken off the campaign trail halfway through 1976. Although she was not on the campaign trail anymore, she kept reporting about the Carter campaign for NBC. After he won the presidency and became President in January 1977, Woodruff moved to Washington, D.C. to become NBC News' White House correspondent. She continued covering the White House into the Reagan presidency until 1982. Subsequently, she was the White House correspondent of the NBC Today Show for a year.

Woodruff is married to Al Hunt, a columnist and former reporter, and they live in Washington, D.C. They met during a softball game between journalists and staff of the Carter presidential campaign in Plains, Georgia in 1976. Their marriage took place on April 5, 1980 in St. Alban's Episcopal Church in Washington, D.C. The couple has three children, Jeffrey (1981), Benjamin (1986), and Lauren (1989). Woodruff gave birth to Jeffrey about five hours after appearing on air. Jeffrey was born with a mild case of spina bifida, and became disabled and brain damaged after surgery in 1998, which caused Woodruff to reduce her workload at CNN. Lauren was adopted from Korea when she was four months old.

Woodruff has written the book This is Judy Woodruff at the White House, in which she describes her experiences as a Journalist. It was published by Addison-Wesley in 1982. Over her career, she has advocated women's organizations, and was part of a group of journalists that founded the International Women's Media Foundation, an organization that internationally supports women in the media, in 1990. She has served on its board of Directors, and is currently part of its advisory council.

Woodruff moved to PBS in the summer of 1983, becoming the chief Washington correspondent for The MacNeil/Lehrer NewsHour, when the duration of that program was extended to one hour. In addition to reporting on politics, she conducted studio interviews and served as a backup anchor. Woodruff started hosting the weekly documentary series Frontline with Judy Woodruff a few months later in 1984 after its presenter Jessica Savitch died in October the year before. Woodruff left Frontline in 1990 to spend more time with her family and at the NewsHour. While at PBS, she covered all presidential conventions and campaigns, and moderated the 1988 vice-presidential debate between Republican Senator Dan Quayle and Democratic Senator Lloyd Bentsen. The debate is remembered for the remark "Senator, you're no Jack Kennedy", made by Senator Bentsen.

Woodruff left the NewsHour in 1993 to move to CNN. She was first asked to work for CNN by Tom Johnson at the end of 1992, and took the job four months later after some initial hesitation. In June 1993, Woodruff started anchoring the political talk show Inside Politics, that aired on weekdays, together with Bernard Shaw, and the international news program The World Today together with Frank Sesno. Sesno was replaced by Shaw in May 1994. When the daily world affairs program CNN WorldView was launched in 1995, Woodruff and Shaw became the hosts. She remained co-anchor of WorldView until it went of the air in 2001. In February 2001, Shaw retired, which caused Woodruff to become the sole host of Inside Politics, which was subsequently renamed Judy Woodruff’s Inside Politics. During her time at CNN, Woodruff has also co-anchored CNN's election coverage and the news shows Live From... and CNN NewsStand on Wednesdays. She was the sole anchor of the 1996 documentary series Democracy in America as well. Besides, she reported on the 1995 World Conference on Women in Beijing, and co-anchored CNN's special coverage of, among other things, President Richard Nixon's funeral, the Centennial Olympic Park bombing, 9/11, the War in Afghanistan, the Space Shuttle Columbia disaster, and the Iraq War. Besides, she was one of the moderators of numerous presidential primary debates, namely three Republican debates and one Democratic debate during the 2000 campaign season and one Democratic debate during the 2004 campaign season.

In 2003, Woodruff was inducted into the Georgia Association of Broadcasters Hall of Fame.

Woodruff left CNN in June 2005 after her contract expired in order to teach, write, and work on a long-form television project. She was a visiting fellow at the Shorenstein Center on Media, Politics and Public Policy at Harvard University in the fall of 2005, and taught a course at the Sanford School of Public Policy at Duke University on media and politics in the fall of 2006. Additionally, Woodruff started hosting Conversations with Judy Woodruff, a monthly Bloomberg Television program, in which she interviewed people, in 2006. She also hosted the Bloomberg election night coverage of the 2006 midterms. Woodruff continued presenting Conversations with Judy Woodruff until 2013.

Woodruff started working for MacNeil/Lehrer Productions in 2006 on the multi-media project Generation Next: Speak Up. Be Heard about the views of Americans between the ages of 16 and 25. The project included a PBS documentary series, segments on the NewsHour, a series of NPR specials, and articles on the Internet and in USA Today. Woodruff returned to The NewsHour with Jim Lehrer as a special correspondent that same year, and became a senior correspondent a few months later in February 2007. As a senior correspondent, she reported, conducted studio interviews, was part of the political team, and occasionally filled in as anchor. In December 2009, the news program moved to a dual anchor format, and changed its name to PBS NewsHour. Jim Lehrer, the main anchor was alternately joined by Woodruff, Gwen Ifill, and Jeffrey Brown. Lehrer stepped down as anchor of the NewsHour in June 2011, which resulted in the news program being anchored by Woodruff, Ifill, Brown, Ray Suarez, and Margaret Warner on a rotating basis. Earlier that year, the documentary Nancy Reagan: The Role of a Lifetime, of which Woodruff was the principal reporter, was released.

Besides, Woodruff has – together with her husband – supported families with children with spina bifida, a condition one of her sons was born with, by counseling them and raising money. The couple helped organize the Spina Bifida Association of America's annual roast, during which politicians roast journalists, to raise funds for the association. The event, which was broadcast by C-SPAN, was held between 1989 and 2008.