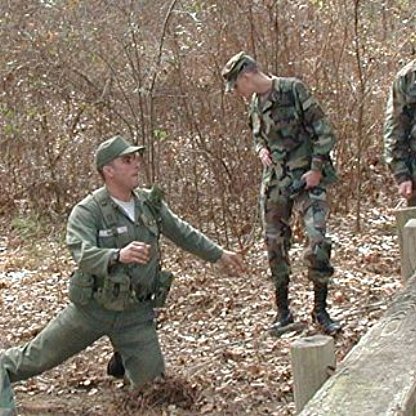 Jsu Garcia was born on October 06, 1963 in  New York City, New York, United States, is Actor, Producer, Director. Jsu Garcia, DSS is an actor/director and Minister who co-directed (along with John-Roger, DSS) the documentary Mystical Traveler, The Life and Times of Dr. John-Roger. Jsu got his start in acting in a lead role in the cult film A Nightmare on Elm Street which is now celebrating its 30th anniversary. He has since starred in over 40 films during the 26 years that he was living and working with John-Roger, including Along Came Polly, Collateral Damage, We Were Soldiers, Atlas Shrugged Part I, The Lost City, Traffic and many TV shows.Jsu's biography is an interesting one, juxtaposing a life at the feet of a spiritual master against the backdrop of Hollywood. John-Roger, or J-R as he is affectionately called, is a man who seems ordinary, and yet is extraordinary to all those he touched. He is also known as a Mystical Traveler; a sound current master; one who connects his students into the path of love, light and sound.Jsu has dedicated his life to telling the story of this unique man who brought forth the universal teachings of love and forgiveness through humor and practical spirituality, and imparted the keys of Soul Transcendence to many. John-Roger's work continues from the spirit after his passing on October 22nd, 2014, and Jsu celebrates J-R's life and message through sharing the "Mystical Traveler" documentary. A modern-day spiritual Master...his flawed, yet devoted disciple...26 years of profound, practical, and deeply personal lessons with universal relevance.For more than five decades, thousands of followers worldwide called Dr. John-Roger their Wayshower on the path to Soul Transcendence in the Movement of Spiritual Inner Awareness. He wore the mantle of both the Mystical Traveler and the Preceptor-a consciousness that only appears on earth every 25,000 years.Jesus Garcia was a proverbial struggling Hollywood actor when he first encountered "J-R"-astonished to recognize the embodiment of a mysterious figure that had appeared to him in childhood. Soon their lives intertwined as "Zeus" became J-R's live-in bodyguard, chauffeur, student, collaborator, and friend for more than a quarter century, until his passing in 2014.Garcia's intimate memoir reveals the remarkable, day-to-day teachings of a wise and humorous Master to his all-too-human initiate, courageously shared with heart-rending transparency, vulnerability, and love."If you're looking for an account that honestly portrays the relationship between a True Master and one of his most devoted disciples, you have hit the jackpot. In this book you will find many examples, most of them quite unusual, occurring over a 26 year span of time, demonstrating the often arduous, but always Loving, experiences of two souls, J-R and Jsu, who have devoted themselves to the single purpose of the True Upliftment of all." Ron Hulnick, President, University of Santa Monica and co-author with Mary R. Hulnick, of Loyalty To Your Soul: The Heart of Spiritual Psychology, and, Remembering The Light Within: A Course In Soul-Centered Living
Jsu Garcia is a member of Actor 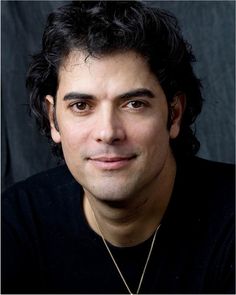 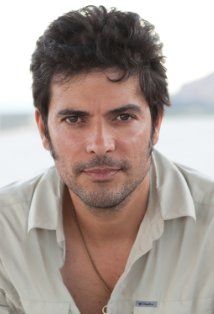 His first role was on the TV show Fame (1982). He then appeared in his first film Wes Craven's A Nightmare on Elm Street (1984). This was followed by an appearance in Universal's Gotcha! (1985), and then in features such as Wildcats (1986), Slaves of New York (1989), Vampire in Brooklyn (1995), and Traffic (2000). In 2002 Garcia was in Randall Wallace's We Were Soldiers (2002) in which he portrays Mel Gibson's heroic buddy, the commander of a company fighting against the Viet Cong; and in Andrew Davis' Collateral Damage (2002), in which he plays a villainous Communist guerrilla who battles good guy Arnold Schwarzenegger. In addition to appearances on TV shows, including JAG (1995), Arli$$ (1996), The Facts of Life, Miami Vice, Babylon 5, She Spies, Crossing Jordan and Murder One (1995), Garcia also played the male lead in an ABC / Touchstone pilot, Then Came Jones, and has a recurring role on Without a Trace (2007). Garcia also played a major supporting role in Along Came Polly (2004). Garcia played revolutionary Che Guevara in Andy García's Cuban story, The Lost City. He took part in the 2010 documentary film Never Sleep Again: The Elm Street Legacy discussing his roles in various films in the Elm Street franchise. Garcia portrayed Francisco d'Anconia in Atlas Shrugged: Part 1 (2011), based on Ayn Rand's novel of the same name.

Jsu Garcia created a production company, Scott J-R Productions, together with author John-Roger. They made their first full-length feature Spiritual Warriors in 2005, written and executive produced by Garcia and John-Roger, starring Garcia, and based on John-Roger's book "Spiritual Warrior: The Art of Spiritual Living." The films metaphysical and New Age themes led to its being screened at venues such as the 2007 Los Angeles Conscious Life Expo. Music was by Zeljko Marasovich. Spiritual Warriors has had over 130 screenings in 47 cities across 20 countries, and was released on DVD in 2009.