Joshua Cooper Ramo was born on December 14, 1968. It looks like we don't have any Biography for 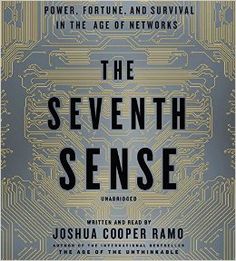 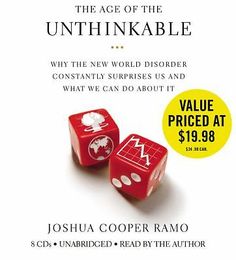 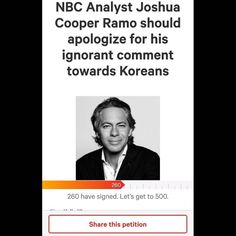 Ramo began his career as a Journalist at Newsweek in 1993. He joined Time magazine in 1996 when he was hired by Walter Isaacson. Ramo oversaw the magazine’s digital operations and ran Time's digital magazine while also covering Technology. In 1998, he became foreign Editor of Time, overseeing the magazine's international coverage. He was the youngest senior Editor and foreign Editor in the history of Time Magazine. During his tenure at the magazine, he wrote more than 20 domestic and international cover stories.

Prompted by an interest in Business and global affairs, Ramo moved to Beijing in 2002. He worked with John L. Thornton, a former President of Goldman Sachs, in China from 2003-2005, when he joined Kissinger Associates as managing Director. In 2011, he became vice chairman of Kissinger Associates. In 2015, he became co-chief executive officer..

In 2003, Ramo published No Visible Horizon: Surviving the World's Most Dangerous Sport, which tackled his training as an aerobatic flyer and the "violent, difficult maneuvers" of the sport.

In 2004 he published "The Beijing Consensus," which contrasted the Chinese model of economics and politics with western, "Washington Consensus" Models. In 2007 he published "Brand China," an analysis of China's international image.

In 2008, Ramo served as China analyst for NBC Sports during its coverage of the Beijing Olympic Games. For his work with Bob Costas and Matt Lauer during the Opening Ceremony of the Games he shared in a Peabody and an Emmy award.

In 2009, Ramo published The Age of the Unthinkable: Why the New World Disorder Constantly Surprises Us and What We Can Do About It, which was a New York Times bestseller that was translated into 15 languages. The book applies ideas of chaos theory and complex adaptive systems to problems of foreign policy.

In 2011, Ramo proposed a new model of US-China relations based on complexity theory known as “co-evolution.”

In 2016, Little, Brown & Co. released Ramo's third book, The Seventh Sense: Power, Fortune, and Survival in the Age of Networks, which purports to identify a "new instinct" for networks that characterized new groups in politics, economics and security. Drawing on ideas from Technology, history and economics, The Seventh Sense claims that the emergence of constant, widespread connection represents a shift in power that will be as significant as the Enlightenment and Industrial Revolution, leading to a widespread collapse of existing institutions and the emergence of new sources of power. In the book, Ramo proposed a new idea for American grand strategy known as “Hard Gatekeeping” in which the country would develop and use platforms for the control of network topology, but would carefully limit access to those platforms. On June 6, 2016, The Seventh Sense debuted on the New York Times bestseller list at #7, and on May 29, 2016, The Seventh Sense was named to the Washington Post's nonfiction bestseller list for the week of May 26, 2016.

During NBC's coverage of the 2018 Winter Olympics opening ceremony, Ramo noted that Japan occupied Korea from 1910–45, and then added, "But every Korean will tell you that Japan is a cultural and technological and economic Example that has been so important to their own transformation." NBC issued an on-air apology the next morning. NBC later shared that Ramo was hired only for the Opening Ceremony and would have "no further role during the PyeongChang Games." Ramo later issued an apology, stating "I did not intend to minimize or disrespect a part of Korean history that must never be forgotten."