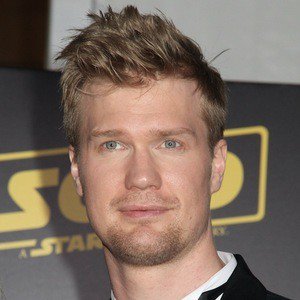 Finnish actor and a former professional basketball player who's best known for playing Chewbacca in Solo: A Star Wars Story.

He appeared as a guest on WGN Morning News in May 2018.

He proposed to his longterm girlfriend Milla Pohjasvaara in August 2017. The couple had their first child, Aatos, in February 2018.

He shared the role of Chewbacca with Star Wars: The Force Awakens.