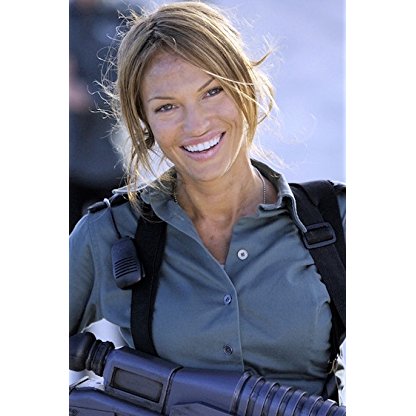 Jolene Blalock was born on March 05, 1975 in  San Diego, California, United States, is Actress, Writer. Jolene Blalock was born and raised in San Diego, California. At age 16, she left home to pursue a modeling career in Europe and Asia. It was on a 1998 trip back to the United States that Blalock was compelled to flex her untested acting skills, and after a few commercial appearances and some skill-sharpening at Stella Adler Academy and Toronto's Second City Improv and Second City Los Angeles, she made her acting debut on NBC's Veronica's Closet (1997). Already comfortable in front of the camera, Blalock's magnetism shined through the lens and she was soon cast as Medea in the made-for-TV movie Jason and the Argonauts (2000) alongside acting greats Dennis Hopper and Frank Langella. Blalock is best know for her role as the Vulcan Sub-Commander T'Pol on Enterprise (2001). In 2004, Blalock signed on to film Slow Burn (2005), opposite Ray Liotta. She then went on to play Captain Lola Beck in Starship Troopers 3: Marauder (2008). Blalock has guest-starred on the television series, Bac Si House (2004), Doi Dieu Tra Hien Truong (2000), CSI: Miami (2002) and Mat Tich (2004). She is married to Michael Rapino, CEO and President of Live Nation.
Jolene Blalock is a member of Actress 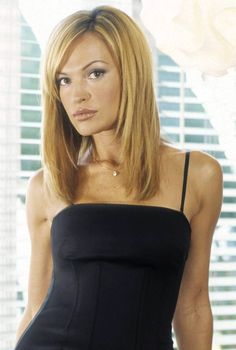 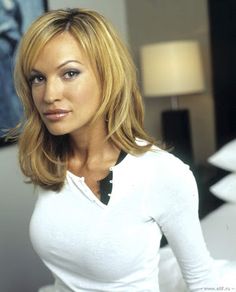 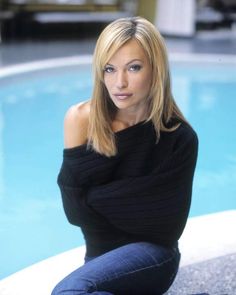 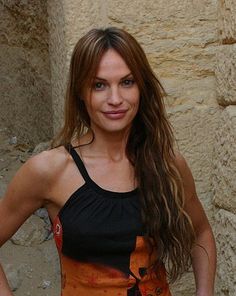 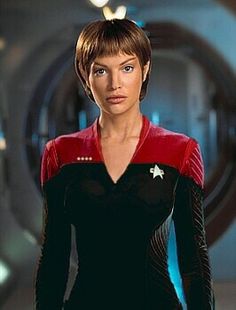 She made her television debut on the sitcom Veronica's Closet, before guest appearances on Love Boat: The Next Wave, CSI: Crime Scene Investigation, JAG and starring as Medea in a television movie adaptation of Jason and the Argonauts (2000). She also appeared in the movie On the Edge (2001) and the miniseries The Diamond Hunters (2001) before being cast on Star Trek: Enterprise.

She is married to Michael Rapino, CEO of Live Nation. The two met when he booked her for a beer commercial in Los Angeles. He lived in England and while working on Star Trek: Enterprise, she found conducting a long-distance relationship difficult, running up an "astronomical" phone bill. She proposed to him and the two married in Negril, Jamaica, on April 22, 2003. They have three children.

She was scheduled to appear on an episode of Lost during the 2005–2006 season as a former love interest of Sawyer (Josh Holloway). Though she filmed some scenes, the flashback scenes in that episode were changed from Sawyer to Michael (Harold Perrineau) and her scenes were never used in an episode nor featured as "deleted scenes" in the DVD set's bonus material. Set photos from the shooting of a scene surfaced in 2008.

She played Captain Lola Beck in Starship Troopers 3: Marauder, which was released directly to DVD in the United States on August 5, 2008.

Blalock had a supporting role as Stacy in the william Kaufman action thriller Sinners and Saints, set in post-Katrina New Orleans, which premiered in Los Angeles on June 30, 2010.