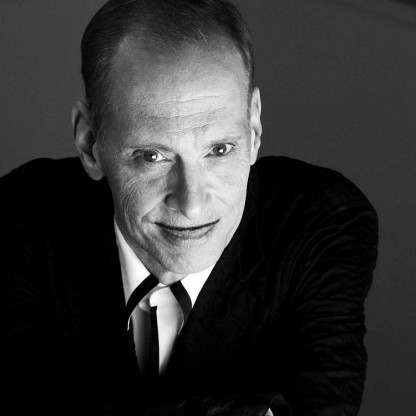 John Waters was born on April 22, 1946 in Baltimore, United States, is Film Director, Comedian, Art Collector. John Samuels Waters Jr. is a director of quirky and unconventional movies. His style and creativity are worlds apart from the mainstream cinema and has every now and then tested the boundaries of propriety. He has given to the world some great movies like ‘Pink Flamingos’, ‘Hairspray’, ‘Cry Baby’, ‘Pecker’, etc. His movies have been characterized by a sense of exaggeration and over the top unrealistic portrayal of dispositions. He was never a normal child, always had a flair for the dark and grotesque. Waters started to portray violence in his creativity from his teen years when he filmed and screened his films in Baltimore to an underground audience. He is not just a director of excellent and peculiar taste but has also done some cameos in the movies and hosted television shows. Waters is also an avid collector of books. Some of his movies have been turned into hit Broadway musicals like: ‘Hairspray’ and ‘Cry Baby’ and he was honored at the Provincetown International Film Festival with Filmmaker on the Edge Award in 1999. Waters has dedicated his time and life to making movies, exhibiting his artwork and installations and materializing his bizarre concepts like hitchhiking to journey across United States. Nicknamed as ‘Pope of Trash’ and ‘The Sultan of Sleaze’ for his open quirkiness, Waters has authored books like: ‘Shock Value: A Tasteful Book about Bad Taste’, ‘Crackpot: The Obsessions of John Waters’ and ‘Change of Life’.
John Waters is a member of Film & Theater Personalities 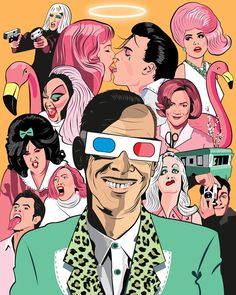 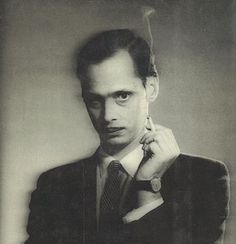 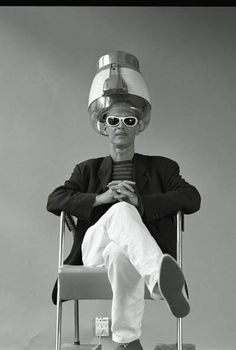 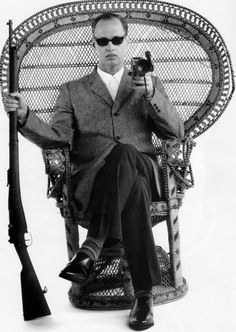 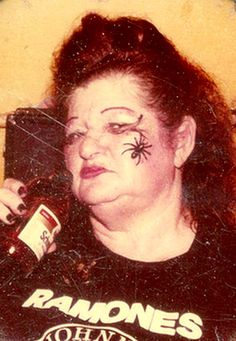 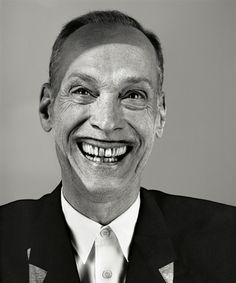 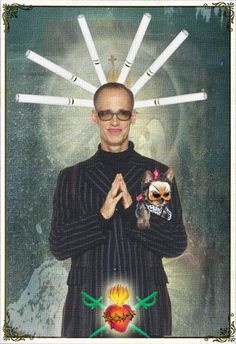 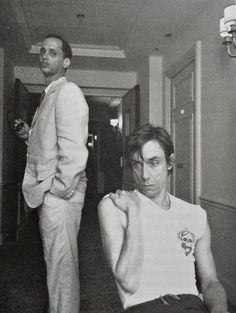 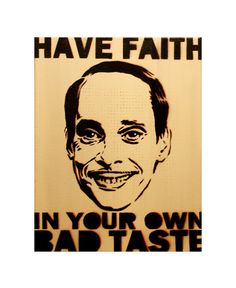 "NYU...I was there for about five minutes. I don't know what I was thinking about. I went to one class and they kept talking about Potemkin and that isn't what I wanted to talk about. I had just gone to see Olga's House of Shame. That was what I was more into."

Waters was born in Baltimore, Maryland, the son of Patricia Ann (née Whitaker) (1924–2014) and John Samuel Waters (1916–2008), who was a manufacturer of fire-protection equipment. His family were upper-middle class Roman Catholics. Waters grew up in Lutherville, Maryland, a suburb of Baltimore. His boyhood friend and muse Glenn Milstead, later known as Divine, also lived in Lutherville.

Extremely influential to his creative mind, Waters tells Robert K. Elder in an interview for The Film That Changed My Life, was The Wizard of Oz (1939).

Waters was a great fan of the music of Little Richard when growing up. Ever since having shoplifted a copy of the Little Richard song "Lucille" in 1957, at the age of 11, Waters asserted, "I've wished I could somehow climb into Little Richard's body, hook up his heart and vocal cords to my own, and switch identities." In 1987, Playboy magazine employed Waters, then aged 41, to interview his idol, but the interview did not go well, with Waters later remarking: "It turned into kind of a disaster."

In 1962, for his 16th birthday, Waters received an 8mm movie camera from his maternal grandmother, Stella Whitaker.

In January 1966, Waters and some friends were caught smoking marijuana on the grounds of NYU; he was soon kicked out of his NYU dormitory. Waters returned to Baltimore, where he completed his next two short films Roman Candles and Eat Your Makeup. These were followed by the feature-length films Mondo Trasho and Multiple Maniacs.

Waters dabbled in mainstream filmmaking with Hairspray (1988), which introduced Ricki Lake and earned a modest gross of US$8 million in the United States market. In 2002, Hairspray was adapted to a long-running Broadway musical, which itself was adapted to a hit musical film that earned more than $200 million worldwide. After the crossover success of the original film version of Hairspray, Waters' films began featuring familiar actors and celebrities such as Johnny Depp, Edward Furlong, Melanie Griffith, Chris Isaak, Johnny Knoxville, Martha Plimpton, Christina Ricci, Lili Taylor, Alicia Witt, Kathleen Turner, and Tracey Ullman.

Since the early 1990s, Waters has been making photo-based artwork and installations that have been internationally exhibited in galleries and museums. In 2004, the New Museum in New York City presented a retrospective of his artwork curated by Marvin Heiferman and Lisa Phillips. His most recent exhibition was Rear Projection in April 2009, at the Marianne Boesky Gallery in New York and the Gagosian Gallery in Los Angeles. Waters has been represented by C. Grimaldis Gallery in Baltimore, Maryland, since 2002.

In 1999, Waters was honored with the Filmmaker on the Edge Award at the Provincetown International Film Festival. In September 2015, the British Film Institute ran a programme to celebrate 50 years of Waters films which included all of his early films, some previously unscreened in the UK. Waters also programmed a side-bar including six of his favourite British films and took part in an on-stage interview with BFI season curator Justin Johnson.

In 2004, the NC-17-rated A Dirty Shame marked a return to his earlier, more controversial work of the 1970s. He had a cameo in Jackass Number Two, which starred Dirty Shame co-star Johnny Knoxville, and another small role as paparazzo Pete Peters in 2004’s Seed of Chucky.

In 2007, Waters became the host ("The Groom Reaper") of 'Til Death Do Us Part, a program on America’s Court TV network featuring dramatizations of marriages that soured and ended in murder.

In 2008, Waters was planning to make a children’s Christmas film called Fruitcake starring Johnny Knoxville and Parker Posey. Filming was planned for November 2008, but it was shelved in January 2009. In 2010, Waters told the Chicago Tribune that "Independent films that cost $5 million are very hard to get made. I sold the idea, got a development deal, got paid a great salary to write it—and now the company is no longer around, which is the case with many independent film companies these days."

In 2009, Waters advocated the parole of former Manson family member Leslie Van Houten. He devotes a chapter to Van Houten in his book Role Models published by Farrar, Straus and Giroux in May 2010.

In 2011, Waters visited Lake Forest College to give a speech, and was interviewed by the professor Davis Schneiderman.

With the motif "My life is so over-scheduled, what will happen if I give up control?", Waters completed a hitchhiking journey across the United States from Baltimore to San Francisco, turning his adventures into a book entitled Carsick. On May 15, 2012, while on the hitchhiking trip, Waters was picked up by 20-year-old Myersville, Maryland, councilman Brett Bidle, who thought Waters was a homeless hitchhiker standing in the pouring rain. Feeling bad for Waters, he agreed to drive him four hours to Ohio.

in 2014, Waters was nominated for a Grammy-award for the spoken word version of his book, Carsick. His followup record, Make Trouble, was produced by Grammy-winning Producer, Ian Brennan, and released on Jack White's Third Man Records in the fall of 2017.