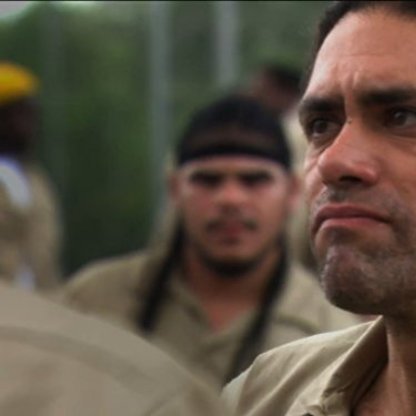 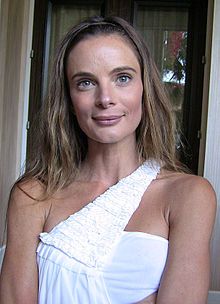 Citation: For most conspicuous bravery, skilful leading and devotion to duty during the attack of the Guards Division on 27th September 1918, across the Canal du Nord, near Flesquieres, when in command of the 1st Battalion, Grenadier Guards, the leading battalion of the 3rd Guards Brigade. Under heavy artillery and machine-gun fire he led his battalion with great skill and determination to the "forming-up" ground, where very severe fire from artillery and machine guns was again encountered. Although wounded, he quickly grasped the situation, directed a platoon to proceed down a sunken road to make a flanking attack, and, under terrific fire, went across open ground to obtain the assistance of a Tank, which he personally led and directed to the best possible advantage. While thus fearlessly exposing himself, he was again severely wounded by a shell. Notwithstanding considerable loss of blood, after lying on a stretcher for awhile [sic], he insisted on getting up and personally directing the further attack. By his magnificent example of devotion to duty and utter disregard of personal safety all ranks were inspired to exert themselves to the utmost, and the attack resulted in the capture of over 200 prisoners, two batteries of field guns and numerous machine guns. Lt.-Col. Viscount Gort then proceeded to organise the defence of the captured position until he collapsed; even then he refused to leave the field until he had seen the "success signal" go up on the final objective. The successful advance of the battalion was mainly due to the valour, devotion and leadership of this very gallant officer.

J. S. S. P. Vereker grew up in County Durham and the Isle of Wight. He was educated at Malvern Link Preparatory School, Harrow School, and entered the Royal Military Academy, Woolwich in January 1904. As Viscount Gort, he was commissioned as a second lieutenant in the Grenadier Guards on 16 August 1905, and promoted to lieutenant on 1 April 1907.

In November 1908, Gort visited his uncle, Jeffrey Edward Prendergast Vereker, a retired British army major, who was living in Canada, at Kenora, Ontario. During a moose hunting trip, Gort slipped off a large boulder, causing his rifle to discharge; the bullet injured a local guide, william Prettie, who later died of his wound in Winnipeg. Gort returned immediately to England.

Gort commanded the detachment of Grenadier Guards that bore the coffin at the funeral of King Edward VII in May 1910. He was made a Member of the Royal Victorian Order for his services in that role.

On 22 February 1911, Gort married Corinna Katherine Vereker, his second cousin; the couple had two sons and a daughter, before divorcing (1925). Their eldest son, Charles Standish Vereker, was born on 23 February 1912, and served as a lieutenant with the Grenadier Guards, before committing suicide (26 February 1941). A second son, Jocelyn Cecil Vereker, was born on 27 July 1913, but died before his second birthday. Gort's daughter, Jacqueline Corinne Yvonne Vereker, who was born on 20 October 1914, married (June 1940) The Honourable william Sidney, later the 1st Viscount De L'Isle.

On 5 August 1914, Gort was promoted to captain. He went to France with the British Expeditionary Force and fought on the Western Front, taking part in the retreat from Mons in August 1914. He became a staff officer with the First Army in December 1914 and then became Brigade Major of the 4th (Guards) Brigade in April 1915. He was awarded the Military Cross in June 1915. Promoted to the brevet rank of major in June 1916, he became a staff officer at the Headquarters of the British Expeditionary Force and fought at the Battle of the Somme throughout the autumn of 1916. He was given the acting rank of lieutenant colonel in April 1917 on appointment as Commanding Officer of 4th Battalion Grenadier Guards and, having been awarded the Distinguished Service Order (DSO) in June 1917, he led his battalion at the Battle of Passchendaele, earning a Bar to his DSO in September 1917.

On 21 December Gort recommended to the Chiefs of Staff that Britain would need to help France defend Holland and Belgium and that for that purpose the British Army needed complete equipment for four Regular army infantry divisions and two mobile armoured divisions, with the Territorial army armed with training equipment and then war equipment for four divisions. The First Sea Lord, Admiral Sir Roger Backhouse, replied that Britain's continental commitment might not be a limited liability. Gort replied: "Lord Kitchener had clearly pointed out that no great country can wage a “little” war". He also attacked as a fallacy the theory of strategic mobility by the use of seapower because in modern war land transport was faster and cheaper than transport by sea. The experience of David Lloyd George's 1917 Alexandretta project "proved that [maritime side-shows] invariably led to vast commitments out of all proportion to the value of the object attained". If a purely defensive position was taken the Maginot Line would be broken and that the British Army (with anti-aircraft defence) was only getting £277 million out of a total £2,000 million spent on defence.

On 27 November 1918, Gort was awarded the Victoria Cross, the highest award for gallantry in the face of the enemy that can be awarded to British and Commonwealth forces, for his actions on 27 September 1918 at the Battle of the Canal du Nord, near Flesquieres, France.

Gort was promoted to the substantive rank of major on 21 October 1919. After attending a short course at the Staff College, Camberley, in 1919 he joined Headquarters London District and, having been promoted to brevet lieutenant colonel on 1 January 1921, he returned to the College as an instructor. He left the Staff College in May 1923.

Gort was promoted to colonel in April 1926 (with seniority backdated to 1 January 1925). In 1926 he became a staff officer at London District before becoming a chief instructor at the Senior Officers' School at Sheerness. In January 1927, he went to Shanghai, returning in August to give a first hand account of the Chinese situation to the King and the Prince of Wales. He returned home to be a staff officer at Headquarters 4th Infantry Division at Colchester in July 1927.

In June 1928, Gort was appointed a Commander of the Order of the British Empire. He went on to command the Guards Brigade for two years from 1930 before overseeing training in India with the temporary rank of brigadier. In 1932, he took up flying, buying the de Haviland Moth aircraft Henrietta and being elected chairman of the Household Brigade Flying Club. On 25 November 1935, he was promoted to major general. He returned to the Staff College, Camberley in 1936 as Commandant.

In May 1937, Gort was appointed a Companion of the Order of the Bath. In September 1937, he became Military Secretary to the War Minister, Leslie Hore-Belisha, with the temporary rank of lieutenant general. On 6 December 1937, as part of a purge by Hore-Belisha of senior officers, Gort was appointed to the Army Council, made a general and replaced Field Marshal Sir Cyril Deverell as Chief of the Imperial General Staff. On 1 January 1938, he was made a Knight Commander of the Order of the Bath.

On 2 December 1938 Gort submitted a report on the readiness of the British Army. He observed that Germany, as a result of the acquisition of Czechoslovakia, was in a stronger position than the previous year and that as a result of the government's decision in 1937 to create a "general purpose" army, Britain lacked the necessary forces for the defence of France.

At the outbreak of the Second World War Gort was given command of the British Expeditionary Force (BEF) in France, arriving on 19 September 1939. During this time he played a part in a political scandal, the Pillbox affair, that led to the dismissal of War Minister Leslie Hore-Belisha. Unimpressed by his qualities for command, Hore-Belisha described him as utterly brainless and unable to grasp the simplest Problem. Following the Phoney War, the 1940 German breakthrough in the Ardennes split the Allied forces and communications between the BEF and the French broke down, and on 25 May 1940 Gort took the unilateral decision to abandon his orders for a southward attack by his forces. Gort's command position was difficult, serving under French high theatre and army group command, while also being responsible to London. Withdrawing northwards, most of the BEF, together with many French and Belgian Soldiers, were evacuated during the Battle of Dunkirk and the evacuation to England.

Gort served in various positions for the duration of the war. On the day of his return, 1 June 1940, he was made an ADC General to King George VI. On 25 June 1940 he went by flying boat, with Duff Cooper, to Rabat, Morocco, to rally anti-Nazi French cabinet ministers, but was instead held on his flying boat. He quickly returned to Britain.

Gort was given the post of Inspector of Training and the Home Guard, and with nothing constructive to do visited Iceland, Orkney and Shetland. He went on to serve as Governor of Gibraltar (1941–42). In 1943 he succeeded Lord Galway as Colonel Commandant of the Honourable Artillery Company, a position he held until his death.

As Governor of Malta (1942–44) Gort's courage and leadership during the siege was recognised by the Maltese giving him the Sword of Honour. He pushed ahead with extending the airfield into land reclaimed from the sea, against the advice of the British government, but was later thanked by the War Cabinet for his foresight when the airfield proved vital to the British Mediterranean campaign. The King gave Gort his field marshal's baton on 20 June 1943 at Malta. On 29 September, Gort, together with Generals Eisenhower and Alexander, witnessed Marshal Badoglio signing the Italian surrender in Valletta harbour.

Gort was present when his son-in-law, Major william Sidney, received the Victoria Cross from General Sir Harold Alexander, Commander-in-Chief (C-in-C) of the Allied Armies in Italy (AAI), on 3 March 1944 in Italy.

During his time in Palestine, Gort's health deteriorated, and he was suffering from great pain and discomfort in his abdomen. He was in fact suffering from liver cancer, but the doctors he consulted in London were unable to properly diagnose his condition. Gort ruled Palestine at the time that the Jewish insurgency was beginning. Despite his efforts, he was unable to stem the growing confrontation between the Yishuv (Jewish community) and British authorities. On 5 November 1945, he stepped down as High Commissioner and returned to Britain. Commenting on his departure, The Palestine Post wrote that "No High Commissioner in the twenty-five years of British rule in Palestine enjoyed greater popular trust and none repaid it with greater personal kindness."

In February 1946, he was created a Viscount in the Peerage of the United Kingdom under the same title as his existing Viscountcy in the Peerage of Ireland. On 31 March 1946, Gort died in Guy's Hospital at age 59. As he did not have a surviving son, the Irish Viscountcy of Gort passed to his brother, and the British creation became extinct. Gort is buried in the Sidney family vault at St John the Baptist, Penshurst.

He was portrayed in the 1958 film Dunkirk by Cyril Raymond.

Gort is credited by some as reacting efficiently to the crisis and saving the BEF. Others hold a more critical view of Gort’s leadership in 1940, seeing his decision not to join the French in organising a large scale counter-attack as defeatist.