John Sperling was born in United States. John Sperling left his humanities professorship at San Jose State University in 1976 to start the University of Phoenix, which is now part of the Apollo Group. His son Peter joined his father at the company in 1983. Apollo went public in 1994. Since then, John Sperling's pet projects have ranged from longevity research to environmental causes to cloning. He was a major contributor to the campaign of former Rep. Gabby Giffords (D-Az.), who was shot in the head in a January 2011 attack. Today, via the University of Phoenix, 400,000 students take classes for associate, bachelor's master's and doctoral degrees.
John Sperling is a member of Service 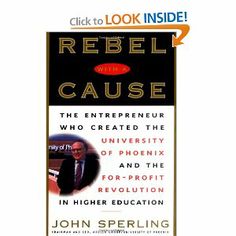 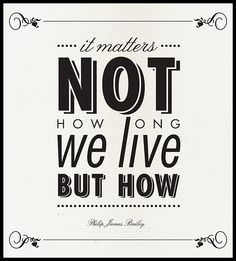 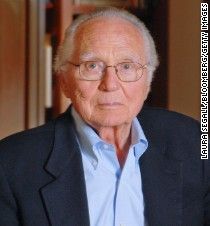 Sperling was born to a poor sharecropper family in the Missouri Ozarks. His Father worked for the railroad and his mother was a fundamentalist Christian. He spent several years as a Sailor in the merchant marine, and even as a wandering 1950s beatnik. He received his undergraduate education at Reed College, Oregon, a master's degree from the University of California, Berkeley under the G.I. Bill, and then went on to read for a Ph.D. in economic history at King's College, Cambridge. His doctorate thesis examined 18th-century English mercantile history.

John Sperling was also an opponent of drug prohibition and was financing initiatives to decriminalize medical marijuana in the United States. According to Time magazine, Sperling used marijuana to combat pain caused by the cancer he fought during the 1960s. Together with George Soros, and Peter Lewis of Progressive Insurance, Sperling raised considerable amounts of money for drug and other related causes, especially during the 2004 presidential campaign.

Apollo was founded by John Sperling in 1973. Sperling founded the University of Phoenix in his 50s with no Investors and no track record in businesses while facing what he described in his biography as "mean-spirited" opposition from accreditation agencies, competitors, and the press.

The University of Phoenix is a for-profit institution of higher learning. It is a wholly owned subsidiary of Apollo Group Inc. which is a publicly traded (NASDAQ: APOL) S&P 500 corporation based in Phoenix, Arizona. The University of Phoenix was founded by John Sperling, who felt that "working adult students were often invisible on traditional campuses and treated as second-class citizens." Sperling is also quoted as saying "We are not trying to develop [students'] value systems or go in for that 'expand their minds' bullshit." Started in 1976 in the Phoenix metropolitan area, the first class consisted of eight students. In 1980, the school expanded to San Jose, California, and in 1989, the university launched its online program.

Most of the content of this book was derived from a series of internal position papers written by Sperling & Tucker (Tucker was a Senior Vice President). The papers, some 47 in all, were written from 1992 through 1997 to guide the development of the institution to serve the adult-centered market effectively.

Other themes in the 1997 book include an argument that regional accrediting bodies play an inconsistent and restrictive role in innovation and an overview of the integrated assessment, academic decision-support, and quality management system developed and implemented by Tucker.

In 2000, Sperling published an autobiography called Rebel with a Cause.

After reviewing Sperling's autobiography Alex Lightman wrote, "Sperling's unflinching honesty in recounting his childhood of poverty and illiteracy in the Ozarks; his battles over academic accreditation and 'the war on drugs;' his Investments in cloning, anti-aging, and in crops that can grow amidst salt and sand; and, especially, his founding of a big, profitable public university that will probably generate more MBA holders than any other, all add up to a CEO whose life will echo, even thunder, for decades to come." Lightman also wrote, "Las Vegas bookies probably would have given Sperling 100-to-1 odds against his Business, but he not only survived, he grew the Apollo Group--parent of University of Phoenix and related interests--into a public company with a market capitalization (as of May 2001) of almost $7 billion, making it roughly as successful as many vastly more publicized dot-com champions." Expressing his final opinion of the book Lightman wrote, "A book Like Rebel with a Cause is dangerous, because it sets new CEO standards for both searing self-reflection and for what constitutes success."

In August 2004, he co-authored The Great Divide: Retro vs. Metro America, released by his newly created publishing firm, PoliPoint Press. It was a sociological treatise attempting to explain the Red America/Blue America cultural and political divisions of the United States.

The company owns and operates four higher-learning institutions: the University of Phoenix, Western International University, Axia College, the College for Financial Planning, the Institute for Professional Development. It also owns Insight Schools (Online Public High Schools for Washington, Wisconsin, and other locations), and Olympus High School. As of November 2005, the combined enrollment of the four U.S. domestic universities (UOPX, WIU, Axia, CFFP) was approximately 315,350 students. Of these, nearly 90% attend the University of Phoenix, which Apollo describes as "the nation’s largest regionally accredited private university".

Sperling provided financing to Genetic Savings & Clone (GS&C), of Sausalito, California, which closed in 2006. He spent seven years and $20 million trying to clone a dog named Missy in a project called Missyplicity. Clones of Missy were produced in December 2007. A subproject of Missyplicity was called Operation CopyCat, which successfully created the first cat clone, named CC.

Sperling has directed significant amounts of his attention and financial resources toward extending the life span of human beings—research into life extension Technology or "biological immortality". Wired magazine reported in their February 2004 article "John Sperling Wants You to Live Forever" that his fortune is quickly approaching US$3 billion, and has plans to donate it to human biology research if and when he dies. If he does so, this would be the biggest private program ever devoted to human biology. However, that is no longer the case and Sperling has indicated that his fortune will go to mainly environmental causes.