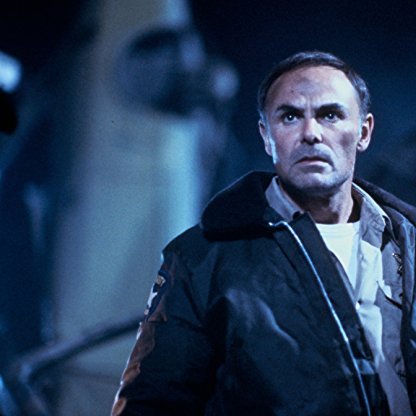 John Saxon was born on August 05, 1935 in  Brooklyn, New York, United States, is Actor, Director. John Saxon has appeared in nearly 200 roles in the movies and on television in a more-than half-century-long career that has stretched over seven decades since he made his big screen debut in 1954 in uncredited small roles in It Should Happen to You (1954) and George Cukor's A Star Is Born (1954). Born Carmine Orrico on August 5, 1936 in Brooklyn, New York, the son of Italian immigrants Antonio Orrico and Anna (née Protettore), he studied acting with Stella Adler after graduating from New Utrecht High School.He was discovered by talent agent Henry Willson, the man most famous for creating and representing Rock Hudson (as well as a stable of "beefcake" male stars and starlets), who signed him up after he saw Saxon's picture on the cover of a magazine. Willson brought the 16-year-old to Southern California, changed his name to John Saxon, and launched his career. Saxon made his television debut on Richard Boone's series Medic (1954) in 1955 and got his first substantial (and credited) role in Running Wild (1955), playing a juvenile delinquent. In the Esther Williams vehicle The Unguarded Moment (1956) (one of her rare dramatic roles), the film's marketing campaign spotlighted him, trumpeting the movie as "Co-starring the exciting new personality John Saxon.".By 1958, he seemed to have established himself as a supporting player in A-List pictures, being featured in Blake Edwards's comedy This Happy Feeling (1958) headlined by Debbie Reynolds and Vincente Minnelli's The Reluctant Debutante (1958) with Rex Harrison and Sandra Dee. In the next five years, he worked steadily, including supporting roles in John Huston's The Unforgiven (1960), the James Stewart comedy Mr. Hobbs Takes a Vacation (1962) and Otto Preminger's The Cardinal (1963) while having first billing in the B-movies Cry Tough (1959) and War Hunt (1962). Fluent in Italian, he made his first pictures in Italy in the period, Agostino (1962) and Mario Bava's La ragazza che sapeva troppo (1963). Despite his good work with major directors, he failed to succeed as a star.By 1965, he was appearing in the likes of The Night Caller (1965), albeit, top-billed. A more emblematic picture was Sidney J. Furie's The Appaloosa (1966), in which he appeared in Mexican bandito drag as the man who steals the horse of Marlon Brando, another Stella Adler student. The "ethnic-looking" Saxon would reprise the role, of sorts, in John Sturges Joe Kidd (1972) in support of superstar Clint Eastwood. In those less politically correct times, many an Italian-American with a dark complexion would be relied on to play Mexicans, Native Americans and other "exotic" types like Mongols. Saxon played everything from an Indian chief on Bonanza (1959) to Marco Polo on The Time Tunnel (1966).From 1969 to 1972 season, he was a star of the television series The Bold Ones: The New Doctors (1969), playing the brilliant surgeon Theodore Stuart. When the series ended, he took one of his most famous roles when Bruce Lee demurred over casting Rod Taylor as he was too tall. A black belt in karate, Saxon appeared as Roper in Enter the Dragon (1973). He has continued to play a wide variety of roles on television and in motion pictures ever since.
John Saxon is a member of Actor 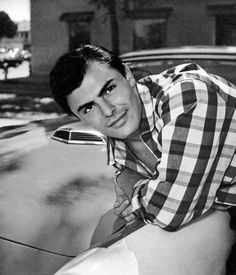 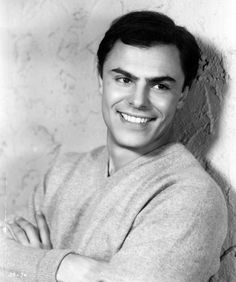 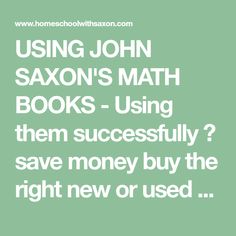 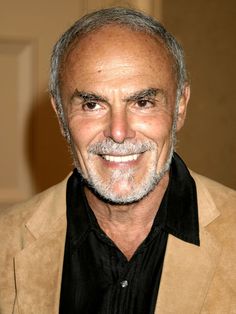 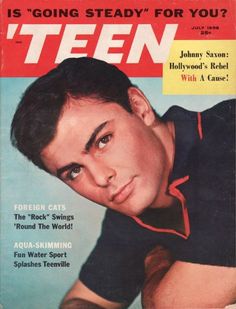 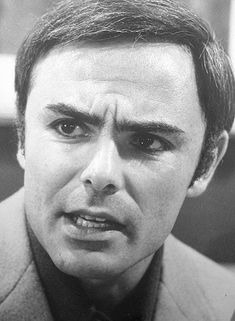 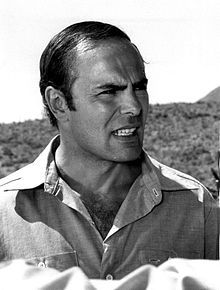 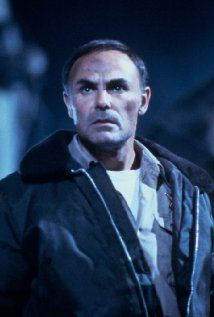 Saxon, an Italian American, was born Carmine Orrico in Brooklyn, New York, the son of Anna (née Protettore) and Antonio Orrico, a dock worker. He attended New Utrecht High School, graduating in 1953. He then studied acting with famous acting coach Stella Adler. He started making films in the mid-1950s, playing teenage roles. According to Robert Hofler's 2005 biography The Man Who Invented Rock Hudson: The Pretty Boys and Dirty Deals of Henry Willson, agent Willson saw Saxon's picture on the cover of a detective magazine and immediately contacted the boy's family in Brooklyn. With parents' permission, the 17-year-old Orrico signed with Willson, and he was renamed John Saxon. He signed with Universal Studios in April 1954 at $150 a week. John Saxon is proficient in Judo and Shotokan Karate.

Saxon spent 18 months at Universal before they first used him in a film. His first significant role was a Juvenile delinquent in Running Wild (1955), co-starring Mamie Van Doren. He impressed with a role in The Unguarded Moment (Universal, 1956), playing a youth who seemingly stalks Esther Williams. In February 1956 Universal exercised their option on Saxon and he was paid $225 a week.

He had the lead in a low budget teen film, Rock, Pretty Baby (1956) which became an unexpected hit and Saxon was a teen idol. Saxon reprised his role in a sequel, Summer Love (1957). At his peak he was getting 3,000 fan letters a week.

Public response was enthusiastic enough for Universal to reunite Saxon and Dee in The Restless Years (1958), a teen melodrama.

Over at United Artists he was the lead in Cry Tough (1959), a film about Juvenile delinquents. He had a support role in a big budget Biblical drama about Simon Peter, The Big Fisherman (1959) for Director Frank Borzage.

Saxon worked with another top Director, John Huston, in the Western, The Unforgiven (1960), playing an Indian in support of Burt Lancaster and Audrey Hepburn. Back at Universal, he remained in a supporting role, but it was a good one: Portrait in Black (1960), reunited with Dee, with Lana Turner and Anthony Quinn. He was essentially a Juvenile delinquent Cowboy in The Plunderers (1960), tormenting Jeff Chandler. He stayed in Westerns in Posse from Hell (1961) with Audie Murphy.

Saxon played a serial killer soldier War Hunt (1962), and had a small role in the comedy hit Mr. Hobbs Takes a Vacation (1962) then traveled to Italy to make Agostino (1962).

In 1963 Saxon co-starred with Letícia Román in Mario Bava's Italian giallo film The Girl Who Knew Too Much. He returned to Hollywood to appear in Otto Preminger's The Cardinal (1963) then was back to Europe for The Cavern (1964). The Ravagers (1965) was shot in the Philippines; Night Caller from Outer Space (1965) was a science fiction film shot in Britain.

The Doomsday FLIGHT (1966) was a made-for-TV movie. In an interview in 1966 he said "I never felt comfortable being a teenage dreamboat... I regard myself as a craftsman."

He portrayed Marco Polo in episode 26 of The Time Tunnel ("Attack of the Barbarians"), originally airing March 10, 1967, and was a guest star on Bonanza in 1967 ("The Conquistadores"). In episode 19, season 5 of The Virginian ("The Modoc Kid") Saxon appeared in the title role alongside a young up and coming actor, appearing in one of his first speaking roles, Harrison Ford. And in 1969 he appeared in ("My Friend, My Enemy").

Saxon has appeared in many Italian films, mainly in spaghetti western and police thriller genres. Titles from these genres include One Dollar Too Many (1968) and Napoli violenta (1976). He also was the second incarnation of Dylan Hunt from the Gene Roddenberry shows called Planet Earth and Strange New World.

More recently, Saxon was a supporting player in horror films, such as Bob Clark's Black Christmas (1974) as the relatively smart leader of a bunch of dumb cops; in Dario Argento's Tenebrae (1982) as the Writer hero's shifty agent; in Mitchell (1975) as the murderous union Lawyer and prostitute provider Walter Deaney; in Battle Beyond the Stars (1980) as Sador; in Cannibal Apocalypse (1980) where he played a Vietnam veteran tormented because his worthless pal bit him and years later, he is starting to get the urge to do the same; in Prisoners of the Lost Universe as an alternate-universe warlord, and in Wes Craven's A Nightmare on Elm Street (1984) as the heroine's (Nancy Thompson's) father. He reprised his role in A Nightmare on Elm Street 3: Dream Warriors (1987) and Wes Craven's New Nightmare (1994) as he played himself in a dual role. He also made his directorial debut in 1987 with the horror film Zombie Death House, which starred Dennis Cole and Anthony Franciosa. He starred in Maximum Force (1992) as Captain Fuller and also appeared in From Dusk till Dawn (1996).

Raid on Entebbe (1977) was a prestige TV movie. Moonshine County Express was a big hit for Roger Corman's New World Pictures; Saxon made another for that company, The Bees (1978). He appeared in a Bollywood movie, Shalimar (1978) then it was back to exploitation: Fast Company (1979), The Glove (1979).

Saxon played Hunt Sears, head of a breakfast cereal conglomerate, opposite Robert Redford and Jane Fonda in the 1979, Oscar-nominated film The Electric Horseman.

He appeared in the 1982 TV movie Rooster, and appeared in the last week of the game show Whew! His extensive television credits include two years as Tony Cumson on Falcon Crest (1982, 1986-1988) as well as the recurring role of Rashid Ahmed on Dynasty (1982-1984). He appeared twice, in different roles, in The A-Team in 1983 and 1985. He played the role of Captain Radl in the two-part Wonder Woman episode "The Feminine Mystique" in 1976.

He was a special guest on the Creation Entertainment - Weekend of Horrors 2010 on 21 May in L.A.