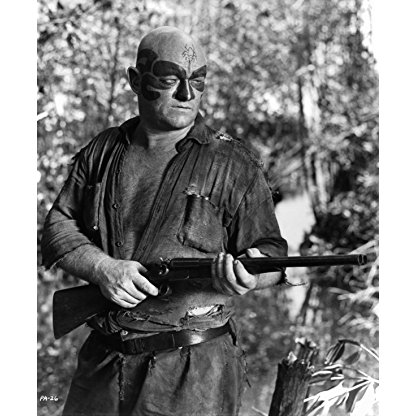 John Quade was bornon April 01, 1938 in  Kansas City, Kansas, United States, is Actor, Assistant Director, Producer. Character actor John Quade was born John William Saunders on April 1, 1938 in Kansas City, Kansas. Quade transferred from Perry Rural High School in Perry, Kansas to Highland Park High School in Topeka, Kansas in 1954. John was a football tackle and participated in both track and basketball at Highland Park High School. Moreover, he was a member of the Stamp, Radio, and Chess/Checkers clubs. Quade graduated from high school in 1956 and attended Washburn University. John worked for the Santa Fe Railway repair shop in Topeka, Kansas. Quade moved to California in 1964 and was an aerospace engineer prior to making his television acting debut in 1968 on an episode of "Bonanza." He acted in his first movie in 1972. With his strong, stocky build, distinctive rough face, drawling accent, squinty eyes, and often aggressive and intimidating screen presence, John was frequently cast as either mean, nasty heavies or hostile redneck law enforcers. Quade was probably best known as Cholla, the bumbling leader of the inept biker gang the Black Widows in the Clint Eastwood comedy vehicles "Every Which Way But Loose"" and "Any Which Way You Can." He had previously acted alongside Eastwood as despicable villains in the Westerns "High Plains Drifter" and "The Outlaw Josey Wales." John was likewise memorable as Sheriff Biggs in the epic TV mini-series "Roots." Quade had regular roles on the short-lived TV shows "Flatbush" and "Lucky Luke." Among the many television programs John made guest appearances on are "Gunsmoke," "Ironside," "Kung Fu," "Kojak," "Starsky and Hutch," "The Bionic Woman," "Charlie's Angels," "Buck Rogers in the 25th Century," "Vega$," "The Dukes of Hazzard," "CHiPs," "Hill Street Blues," "The A-Team," "Hunter," "Werewolf," and "Baywatch." After he stopped acting in the 1990s, Quade became a devout Christian activist and outspoken opponent of the American government and its New World Order. John was opposed to the 14th Ammendment, Social Security numbers, and drivers' licenses. He supported the Alledial Title belief in common law. Quade was married to his wife Gwen for thirty-eight years and was the father of six children. John Quade died of natural causes at age 71 at his home in Rosamond, California on August 9, 2009.
John Quade is a member of Actor 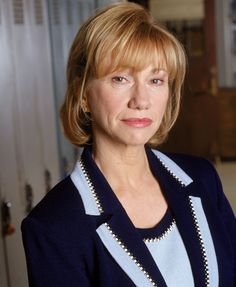 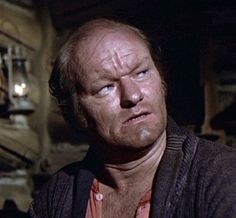 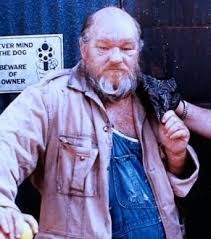 Born in Kansas City, Kansas, Quade attended Perry Rural High School in Perry, Kansas before transferring to Highland Park High School in Topeka on September 7, 1954. While at Highland Park, he was a football tackle and also participated in basketball and track. He was a member of the Stamp, Radio, and Chess/Checkers clubs. He graduated from Highland Park in May 1956.

Quade attended Washburn University in the fall semester of 1956. He worked for the Santa Fe Railway repair shop in Topeka and as an aerospace Engineer before his movie debut in 1972. In the mid-1960s he formed a partnership with rock and roller Zane Ashton (aka Bill Aken) in the production company "Progressive Sounds Of America." Most of their productions were done at Richie Podolor's American Recording including those with The Roosters, Fenwyck, Big Joe Long, and United Artist's country songstress Kathy Dee. Ashton was the adopted son of classical Guitarist Francisco Mayorga and his Actress wife Lupe, who initially helped open music Business doors for the two partners. After a rapid rise from a one-room office in Maywood, California to a highrise suite of offices in Hollywood, they sold the company to the Pat Quinlan Agency in 1968, but the two remained friends for decades.

Quade starred in High Plains Drifter, The Outlaw Josey Wales, Every Which Way But Loose, and Any Which Way You Can with Clint Eastwood. He appeared in Papillon with Steve McQueen and Dustin Hoffman. He appeared in many television movies and mini-series including Roots and Dream West. Quade starred in two short-lived television series, Flatbush (1979) and Lucky Luke (1991).

He made many guest appearances on television shows ranging from Kojak, Bonanza, Gunsmoke, Starsky & Hutch, The Rockford Files, The Dukes Of Hazzard (in the episode "Hazzard Connection"), Knight Rider (in the pilot episode "Knight of the Phoenix"), Buck Rogers in the 25th Century (in the two-part episode "The Plot to Kill a City" as Quince, a telekinetic supervillain), Galactica 1980 (in the two-part episode “The Super Scouts” as the town sheriff), “The A-Team (in the episodes "There's Always A Catch" and "Skins") and On the Air, to TV miniseries such as Roots, Dream West and Return to Lonesome Dove.

On August 9 2009, Quade died at his home in Rosamond, California, at the age of 71, in addition to his wife of 38 years, he is survived by six children, John Saunders IV, Joseph Saunders, Steven Saunders, Heather Clark, Katherine Adame and Rebecca Saunders; his mother, Norma; two brothers, Merlin and Robert; two sisters, Joyce Copeland and Norma Jean Anderson; and 10 grandchildren.

Quade was an outspoken opponent of the U.S. government and believed it had become drastically different from the founding fathers' intent. He gave numerous lectures on what he believed was the New World Order of the current government. In short, he was opposed to Section 2 of the 14th Amendment to the Constitution, Social Security numbers, and driver's licenses. He was often referred to as an "actor, aerospace Engineer, and Christian activist". He was a supporter of the Allodial Title belief in Common law.