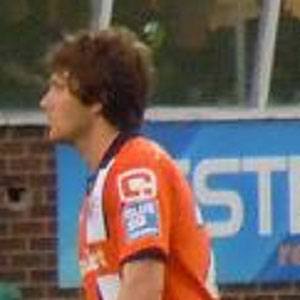 Attacking midfielder who made his senior career debut in 2007 for Everton.

In 2005 he became the youngest player to ever make Everton's reserve squad.

He was born in Fazakerley, Liverpool, England.

He is influenced by - and often compared to - Lionel Messi.