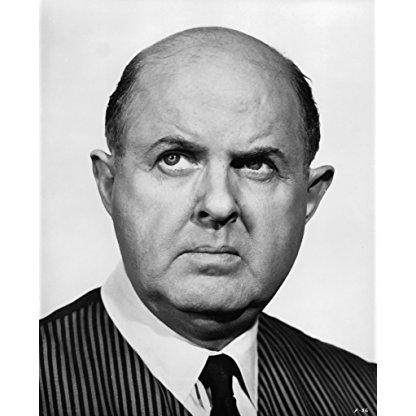 John McGiver was born on November 05, 1913 in  New York City, New York, United States, is Actor, Soundtrack. John Irwin McGiver came to acting relatively late in life. He held a B.A. and Masters degrees in English from Fordham, Columbia and Catholic Universities and spent his early years teaching drama and speech at Christopher Columbus High School in the Bronx. He had an early flirt with the acting profession in 1938 as actor/director for the Irish Repertory Theatre but found his weekly income of $26.42 insufficient to live on. He enlisted the next year and saw action during World War II, fighting with the U.S. 7th Armored Division in Europe (including the Battle of the Bulge). When he was demobbed after six years in the army, he held the rank of captain. He returned to teaching drama, with occasional forays into off-Broadway acting. In 1947, he married Chicago scenic designer Ruth Shmigelsky and settled down to live in a converted 19th century former Baptist church.There are conflicting stories as to how McGiver ended up becoming a film and television actor, but it happened sometime after one of his part-time acting performances in September 1955, either through the offices of an old University classmate, turned stage producer, or through the persuasive abilities of an agent from the Music Corporation of America. In any case, the portly, balding, owl-like and precisely-spoken McGiver quickly developed an inimitable style as a comic (and occasionally serious) actor on television and in films. He was most memorable as the obtuse landscape contractor in The Gazebo (1959), a pompous jewelry salesman in Breakfast at Tiffany's (1961) and an inept twitcher in Mr. Hobbs Takes a Vacation (1962). He also played "Mr. Sowerberry" in a television version of The DuPont Show of the Month: Oliver Twist (1959) and starred in his own (sadly short-lived) TV show, Many Happy Returns (1964) as the complaints manager of a department store. His dramatic roles included a senator in The Manchurian Candidate (1962) and, on television, the corrupt mayor in The Front Page (1970), plus a rare villainous role in the TV episode The Man from U.N.C.L.E.: The Birds and the Bees Affair (1966). Among his numerous guest starring roles on television, he was at his best as the self-absorbed "Roswell Flemington", who learns a moral lesson in Mien Ao Anh: Sounds and Silences (1964) (1964).
John McGiver is a member of Actor 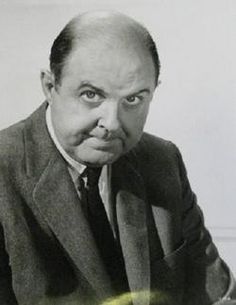 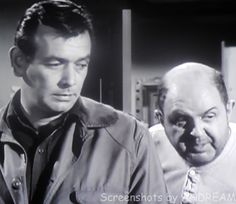 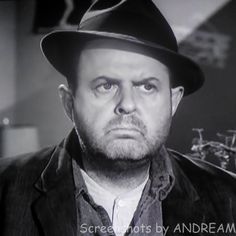 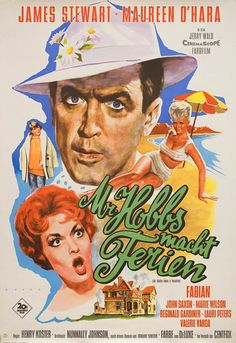 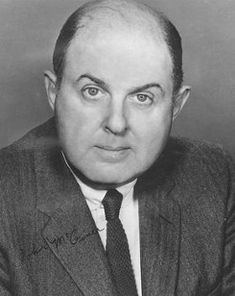 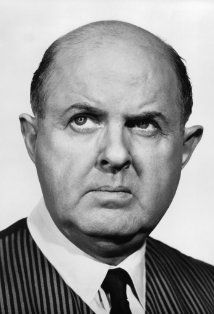 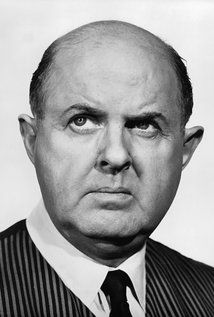 McGiver was born in Manhattan, New York City, the son of Irish immigrants. He graduated from the Jesuit-run Regis High School in Manhattan in 1932.

He earned a B.A. in English from Fordham University in 1938 and master's degrees from Columbia University and Catholic University. He became an English Teacher and worked as an actor and Director in New York's Irish Repertory Theater. He interrupted those activities and enlisted in the U.S. Army in 1942 and served as an officer in the U.S. Army's 7th Armored Division in Europe during World War II. Returning to civilian life, he continued to teach English and speech at Christopher Columbus High School in the Bronx and worked occasionally in off-Broadway plays until 1955, when he became a full-time actor.

McGiver was married to Ruth Schmigelsky from 1947 until his death; they had ten children: Boris, Brigit, Maria, Terry, Basil, Clare, Oliver, Ian, Clemens and Cornelia. Son Boris McGiver is an actor and one of the stars of television's House of Cards.

In 1959, McGiver appeared in the episode "The Assassin" of NBC's espionage drama Five Fingers, starring David Hedison. In 1962, he appeared as Gramps in the episode "The Seventh Day of Creation" of the NBC medical drama about psychiatry, The Eleventh Hour, starring Wendell Corey and Jack Ging. He appeared in the Alfred Hitchcock Presents episodes "Six People No Music" and "Fatal Figures", and the Twilight Zone episode "Sounds and Silences". In 1971 he guest-starred in Alias Smith and Jones (season 1, episode 8, 'A Fistful of Diamonds'). In 1966, he appeared in Man's Favorite Sport?, which starred Rock Hudson and Paula Prentiss. Between 1963 and 1964, McGiver appeared in five episodes of The Patty Duke Show as J.R. Castle, who was Martin Lane's boss at the fictional newspaper The Chronicle.

The owl-faced, portly character actor with his mid-Atlantic accent and precise diction, was often cast as pompous Englishmen and other stuffy, aristocratic and bureaucratic types. He was known for his performances in such films as Breakfast at Tiffany's (1961); The Manchurian Candidate (1962); and Who's Minding the Store? (1963). He appeared on many television shows and commercials during the 1960s and early 1970s, including the very first of a long running popular series of commercials for the American Express charge card ("Do you know me?").

In the 1964–1965 television season, McGiver played the widower Walter Burnley, the head of the complaint department of a fictitious Los Angeles department store in the CBS sitcom Many Happy Returns. His costars included Elinor Donahue, Mark Goddard, Mickey Manners, and Elena Verdugo. He was also in an episode of Gilligan's Island in 1966, "The Man With a Net". He also made several guest appearances on ABC's hit fantasy sitcom Bewitched over the course of its eight seasons (1964-72).

McGiver died of a heart attack on September 9, 1975 at his home in West Fulton, New York at age 61. His remains were cremated.