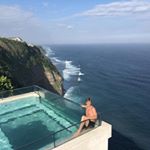 Small forward who enjoyed a 12-year career in the NBA, winning one NBA title.

He played collegiately for the Iowa Hawkeyes, setting a school record by averaging nearly 28 points a game in his senior year.

He was drafted by both the NBA and ABA following his college career.

His son Mitch was a standout player at Stanford University.

He won his only NBA title with the Seattle SuperSonics in 1979 while playing alongside former college teammate Fred Brown.