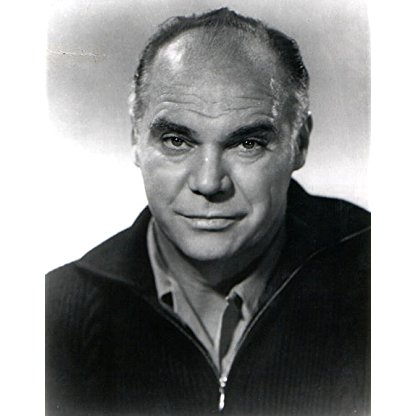 John Doucette was born on January 21, 1921 in  Brockton, Massachusetts, United States, is Actor, Soundtrack. Stocky, balding American character actor with a rich, deep voice, equally adept at Western bad guys and Shakespeare. He began his career in films in minor roles, primarily as gangland henchmen, and progressed to become widely familiar as a figure in a variety of dramas and occasional comedies. Although a stalwart and reliable supporting player, he was not of a type to essay leading roles in films, but remained a well-respected actor whose face, if not name, is familiar to a generation of film and television viewers.
John Doucette is a member of Actor 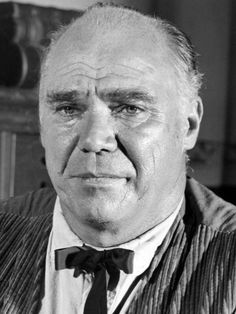 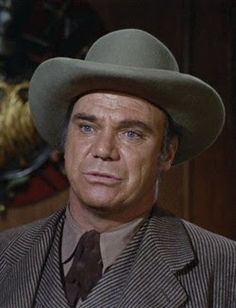 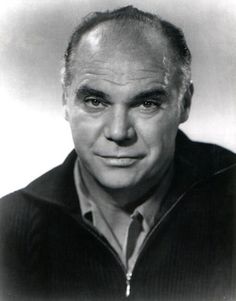 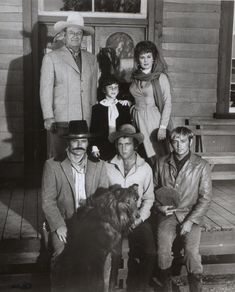 Doucette's film debut, in an uncredited role as a reporter, in Footsteps in the Dark in 1941. He appeared uncredited in at least two other movies before his budding film career was interrupted by his military Service during World War II. Following his discharge, he resumed acting in Hollywood, where he soon began to receive more substantial, credited roles in releases by smaller production companies, such as The Burning Cross and The Road to the Big House for Somerset Pictures Corporation in 1947. Doucette continued to progress in obtaining dramatic roles for larger studios, including a small part as an Architect in The Fountainhead in 1949 and in the 1970 epic Patton when he portrays 3rd Infantry Division Commander Major General Lucian K. Truscott. His other notable performances include bit parts in High Noon, The Robe, Sierra, and the mega-budget Cleopatra. More familiarly, Doucette also appears in the John Wayne films The Sea Chase, The Sons of Katie Elder, True Grit, and Big Jake.

John Doucette was born in Brockton, Massachusetts, the eldest of three children of Nellie S. (née Bishop) and Arthur J. Doucette. During his childhood, his family moved frequently as his father sought work during the Great Depression. He completed grammar school in Haverhill, Massachusetts; graduated from Lincoln High School in Los Angeles, California; and later, in April 1943, he enlisted in the United States Army and served in Europe as an infantry rifleman during World War II. With regard to Doucette's early experience and training as an actor, he began to perform on stage at the age of 15 in plays at his high school. He subsequently performed at the Pasadena Playhouse before being cast in Hollywood films in the early 1940s.

Doucette was cast twice on television as the Apache Chief Geronimo: for the 1958 episode "Geronimo" on the Western series Tombstone Territory and for the 1961 episode "Gamble with Death" on the Western anthology series Death Valley Days. Coincidentally, his co-star in both episodes is the character actor Tom Greenway. He was also cast in 1961 as Captain Cardiff in The Americans, a 17-episode NBC series, starring Darryl Hickman, about how the American Civil War divided families.

John Doucette in 1948 married opera singer Katherine Sambles, with whom he had eight children. Katherine died in 1991; and three years later, on August 16, 1994, John died at age 73 at his home in Banning, California. His mausoleum is at Holy Cross Cemetery in Culver City, California.