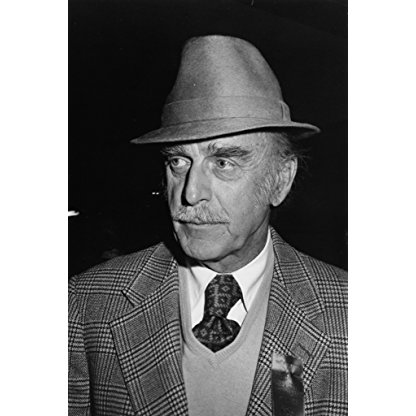 John Dehner was bornon November 23, 1915 in  Richmond [now Staten Island], New York City, New York, United States, is Actor, Animation Department, Soundtrack. Unlike many actors, John Dehner's career didn't begin on the stage or on radio. He started out as an animator for Walt Disney Studios, then worked as a disc jockey and a professional pianist. He made his film debut in the 1940s, and has appeared in dozens of films. A tall and distinguished looking man with a rich voice and somewhat flamboyant demeanor, Dehner often was cast as an outlaw leader, crooked banker or saloon owner in westerns and adventure films, although he was occasionally cast against type in comedies, and played a crusading newspaper reporter in the TV series The Roaring 20's (1960).
John Dehner is a member of Actor 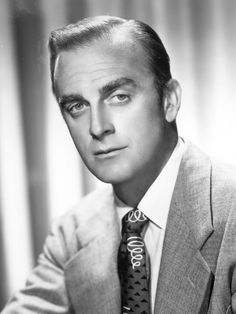 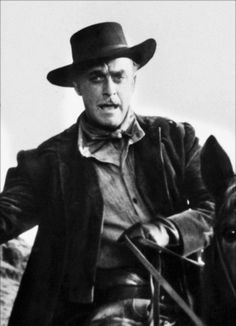 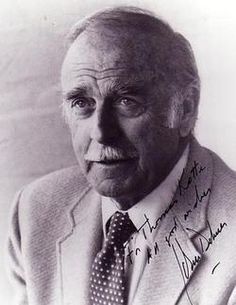 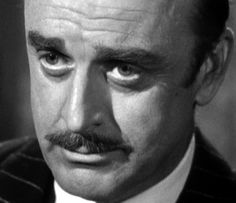 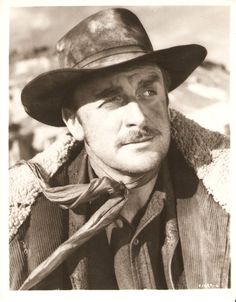 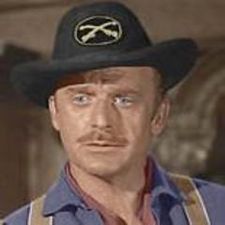 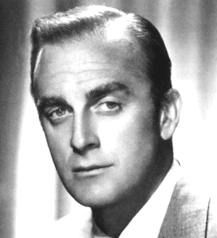 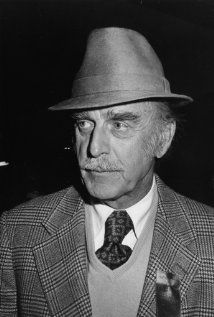 Herewith, an Englishman's account of life and death in the West. As a reporter for The London Times, he writes his colorful and unusual accounts. But as a man with a gun, he lives and becomes a part of the violent years in the new territories. Now, starring John Dehner, this is the story of J. B. Kendall, Frontier Gentleman....

Dehner was married twice, the first time in 1941 to Roma Leonore Meyers, with whom he had two children. Three years after the couple's divorce in 1970, he wed Evelyn Severance. They remained together for 19 years, until his death.

He appeared too in Scaramouche (1952) as Doutreval of Dijon; and he played a district attorney in Please Murder Me, an American film noir film released in 1956, a production directed by Peter Godfrey and starring Angela Lansbury and Raymond Burr. The following year, he performed a non-singing role of Mr. Bascombe, the mill owner and intended robbery victim, in the film version of Rodgers and Hammerstein's Carousel. In 1957, he was cast in the film The Texas Rangers.

Dehner appeared with Maudie Prickett in the 1953 episode "Bad Men of Marysville" of the syndicated Western television series The Adventures of Kit Carson, starring Bill Williams. He guest-starred on the 1955–1956 NBC Western anthology series Frontier and in the CBS Cold War drama Crusader, starring Brian Keith. He was reteamed with Keith in a subsequent series The Westerner. He played the sheriff-turned-outlaw Henry Plummer in an episode of the 1954-1955 syndicated Stories of the Century, starring Jim Davis as Matt Clark, the fictitious detective of the Southwest Railroad.

Of all the television series on which Dehner performed over the years, his 12 appearances on the long-running series Gunsmoke perhaps showcased best the full range of his acting talents. Between 1955 and 1968, he portrayed a highly diverse cast of characters, such as a psychotic gunman in the episode "Cracked Up", a pathetic town drunk in "The Bottle", a dejected and childless farmer in "Caleb", a brain-damaged freight operator who undergoes a drastic personality change in "Ash", and a timid resident of Dodge City who gains fleeting Celebrity after killing an outlaw in the episode "The Pariah".

Dehner portrayed a number of historical figures, including the previously mentioned Pat Garrett in the 1957 film The Left Handed Gun, Jean Lafitte in the 1964 episode "The Gentleman from New Orleans" of NBC's Bonanza, Thomas Jefferson in the 1964 episode "Plague" of the anthology series The Great Adventure, Dean Acheson in the 1974 TV movie The Missiles of October, Lafayette C. Baker in the 1977 film The Lincoln Conspiracy, John Muir in the 1979 TV movie Guardian of the Wilderness (also known as Mountain Man), Henry Luce in the 1983 film The Right Stuff about the Mercury astronauts, and Admiral Ernest J. King in the 1983 television miniseries The Winds of War and the 1988 sequel War and Remembrance.

Dehner appeared in comedy as well, appearing in three episodes of the CBS military sitcom Hogan's Heroes. In 1958 he guest-starred on the Walter Brennan ABC sitcom The Real McCoys (S1:E30), performing as a gruff, avaricious businessman who is stranded with his wife (Dorothy Green) at the McCoys' farm due to car trouble. He also guest-starred on an episode of CBS's The Andy Griffith Show, playing "Colonel Harvey," a smooth-talking pitchman who peddles his alcohol-based elixir, a concoction that ends up intoxicating Aunt Bee (Frances Bavier) and her women's club. He also played Rex Goodbody, a scheming actor about to be fired from his soap opera show, in The Beverly Hillbillies.

Dehner appeared in three episodes of The Twilight Zone: as Captain Allenby in the 1959 episode "The Lonely"; in the 1961 episode "The Jungle" as an Engineer who receives an African curse; and in "Mr. Garrity and the Graves" in the series' fifth and final season. He guest-starred in the episode "Three" of the syndicated crime drama The Brothers Brannagan, starring Stephen Dunne and Mark Roberts, as well as playing Arvid Lacey in the Rawhide episode "Incident at Sulphur Creek" in 1960, and in 1961 as Jubal Wade in the Rawhide episode "Incident of the New Start". He returned to Rawhide in 1963 as Captain Francis Cabot in the episode "Incident of Judgement Day." In 1960 he guest-starred on the Jack Lord ABC rodeo drama series Stoney Burke.

In 1960, Dehner was cast as Major Randolph in the episode "Friend of the Family" on the CBS western The Texan, starring Rory Calhoun. In 1960 and 1961, he was cast as John Sims in the episodes "The Scalp Hunter" and "Jerkwater" on the ABC western series The Rebel, starring Nick Adams.

Late in 1962, Dehner guest-starred as Dan Tabor in the episode "Echo of a Man" of the NBC western with a modern setting Empire, starring Richard Egan as rancher Jim Redigo. Also that year, he played a mad scientist creating havoc about the submarine Seaview in the Voyage to the Bottom of the Sea episode "The Men Fish."

Dehner appeared on Jack Palance's ABC circus drama The Greatest Show on Earth and on the CBS sitcom/drama Glynis, starring Glynis Johns and Keith Andes. He was featured in 1965 in ABC's F Troop episode "Honest Injun" as a dishonest traveling patent Medicine salesman. In 1966, he guest-starred in the episode "Power of Fear" of Barry Sullivan's NBC western series The Road West and played the recurring role of Morgan Starr on The Virginian.

In 1970, he appeared in The Cheyenne Social Club with James Stewart and Henry Fonda. He also guest-starred in an episode of The Silent Force that year. From 1971 to 1973, Dehner was Cy Bennett, the character Doris Martin's overbearing boss on CBS's The Doris Day Show.

He also played a sympathetic judge in the courtroom thriller Jagged Edge. He appeared on two episodes of NBC's series Columbo: "Swan Song" (1974) and "Last Salute to the Commodore" (1976), playing the title role in the latter, the only Columbo episode in which the killer is unknown from the beginning. He appeared too in the third season of James Garner's series The Rockford Files, in a 1977 episode "There's One in Every Port," in which he plays dual roles of Judge Lyman and Inspector DeMartonis. In 1983, he starred in the short-lived NBC prime time soap opera Bare Essence in the role of Hadden Marshall.

In 1992, at the age of 76, Dehner died from complications of emphysema and diabetes in Santa Barbara, California. His gravesite is at Carpinteria Cemetery in Carpinteria, California. He was survived by his wife Evelyn, two daughters, four stepchildren, and several grandchildren.

Possessing a deep, resonant voice, Dehner had an extensive career as a radio actor and was once recognized by Radio Life Magazine as having the entertainment industry's "best radio voice". He performed as a lead or supporting player in such series as The Whistler, Gunsmoke and Philip Marlowe. He also starred as Paladin in the radio version of Have Gun – Will Travel, one of the few times a show began on television and then was later adapted for radio. On CBS Radio in 1958, he starred in the series Frontier Gentleman, a Western that opened with a trumpet theme by Jerry Goldsmith and the following introduction: