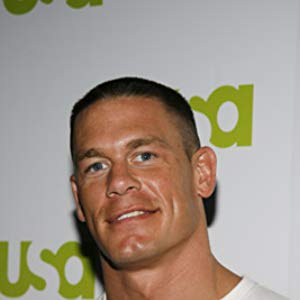 John Felix Anthony Cena, better known as WWE superstar John Cena, was born on April 23, 1977 in West Newbury, Massachusetts, to Carol (Lupien) and John Cena. He is of Italian (father) and French-Canadian and English (mother) descent, and is the grandson of baseball player Tony Lupien.
John Cena is a member of Actor

John Felix Anthony Cena, better known as WWE superstar John Cena, was born on April 23, 1977 in West Newbury, Massachusetts, to Carol (Lupien) and John Cena. He is of Italian (father) and French-Canadian and English (mother) descent, and is the grandson of baseball player Tony Lupien. When he was in college, he played football. He then continued on to be a bodybuilder and a limousine driver. The 6-foot-1 tall star weighs exactly at 240 pounds and is a very successful superstar in the WWE.

The Dr. of Thuganomics started training to be a wrestler at Ultimate Pro Wrestling where he also created the character, The Prototype. Cena first appeared on WWE in a match against Kurt Angle on the 27th of June, 2002 which ended up with him losing.

In 2004, John Cena's status as a celebrity began to develop. Cena won the United States Championship from Big Show. Not too long later, Cena lost the title but he gained it back soon. Cena then lost the title again to fellow WWE superstar, Carlito. During that time, Cena apparently got stabbed in the kidney by one of Carlito's bodyguards. This resulted in staying out of action for a month.

In 2005 and 2006 respectively, Cena was involved in controversies. He had a feud with champion John Bradshaw Layfield, manager Eric Bischoff and fellow wrestler Chris Jericho. Cena also had feuds with Edge and Umaga at that time. But even so, some friendships were formed. Cena is said to be friends with Carlito after they won a match with Jeff Hardy against Edge, Randy Orton and Johnny Nitro.

The year 2007 was a big year for Cena as he was involved in a wrestling match with Britney Spears' ex and rap star, Kevin Federline. John ended up losing that match thanks to some assistance from Umaga to Kevin Federline. Later that night, Cena took revenge by body slamming Kevin Federline backstage. The year 2007 also started pretty well for John Cena as he became the first person to defeat the Samoan Bulldozer, Umaga that year. The Chain Gang Soldier also teamed up with Shaun Michaels defeating the RKO tag team, Randy Orton and Edge. The match ended up with Cena and Michaels winning.

As of October 2007, Cena lost his WWE Championship title because of an injury. While wrestling against Mr. Kennedy, Cena tore his pectoral muscle while executing a hip toss. Although he finished the match and completed the rest of the scripted event, a check-up the next day showed that John's pectoral major muscle was torn completely from the bone, requiring seven months to a year rehabilitation. Not able to perform, WWE's CEO, Vince McMahon stripped him off the title and ended his reign.

In 2008, Cena made an unannounced return to action on January 27 as the final participant of the Royal Rumble match. He won the match, and the traditional WrestleMania title shot. Cena also had a match against JBL, which he defeated at Judgment Day and then at One Night Stand in a First Blood match. However, JBL defeated him at the New York City Parking Lot Brawl. In the month of August, Cena was replaced by Rey Mysterio after it was announced Cena had suffered a herniated disk in his neck which required surgery and he would be out of action indefinitely. According to reports, Cena underwent successive surgery to repair the herniated disk in his neck with Doctor Joseph Maroon on August 25.

Aside from wrestling, John has also made a name in the movie business. In 2006, a WWE franchise movie titled The Marine was released with John playing the lead character, John Triton. The movie received mixed reviews due to the poor story-line and discrimination to the US Marines. Even so, fans queued up to watch the movie as this was John's first big screen appearance.

The WWE wrestler also added recording artist to his resume as he released his debut rap album "You Can't See Me" which debuted at #15 on the US Billboard 200 chart. The album was recorded with his cousin Tha Trademarc. The album featured his entrance theme song, 'The Time Is Now' & a host of other singles performed by Cena. One of the songs he performed with popular rap band Estoric and a number of other songs Cena performed with famous rapper Bumpy Knuckles. Cena is the only professional wrestler to ever perform on BBC Two's long running TV show Top of the Pops.

While still active with WWE, Cena made a couple of guest appearances: Jimmy Kimmel Live! twice to promote his album. He has also appeared on popular shows like Late Night with Conan O'Brien, Fuse's Celebrity Playlist, Fox Sports Net's The Best Damn Sports Show Period, MADtv, G4's Training Camp and two appearances on MTV's Punk'd. He also served as a co-presenter, with Hulk Hogan, at the 2005 Teen Choice Awards, as a guest judge during the third week of the 2006 season of Nashville Star, and appeared at the 2007 Nickelodeon UK Kids Choice Awards 2007.

In fashion, The Champ has also made a few trademarks. Cena is often seen with knee-high denim jeans and throwback jerseys when he first started on WWE. Lately, Cena has been wearing a lot of Chain Gang merchandise. When his movie, The Marine was released, John was seen to be adding more military-inspired clothing to his outfit to promote his movie.

Cena graduated from Springfield College, Massachusetts with degrees in exercise physiology and human anatomy. He applied to 60 colleges and he got accepted by 58 of them but in the end, he chose Springfield College. He is the second eldest of five brothers and is said to be a family guy when he is not wrestling. His good friends are fellow wrestlers, John Hennigan, Batista, Randy Orton, Carlito, Jeff and Matt Hardy, whom he will have to fight.

John Cena is definitely going to be a big inspiration to all, whether in wrestling, fashion, music or even movies as his participation in the industry is already more than regular celebrity. With all he has achieved, fans can definitely expect to see more of this WWE superstar in the coming future.

Also, recently he has completed his new movie 12 Rounds produced by WWE Films. This movie was said to be completed when John suffered from his injury in 2007.