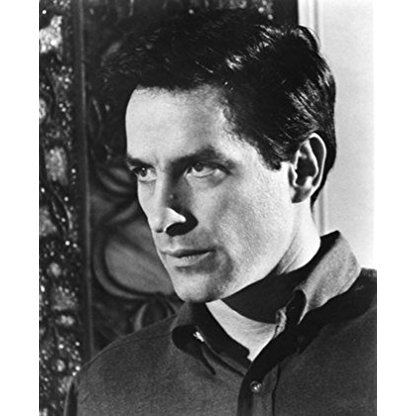 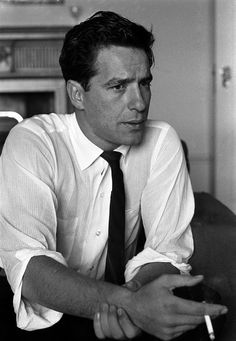 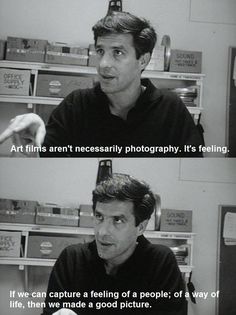 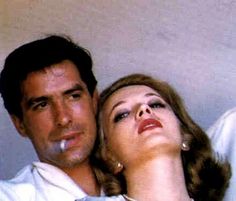 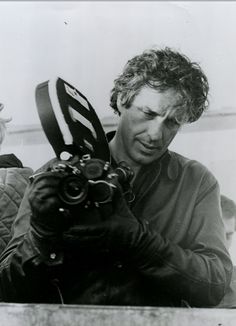 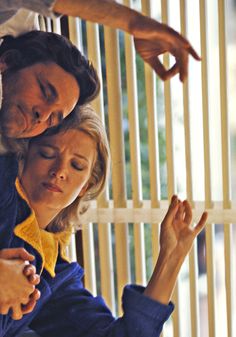 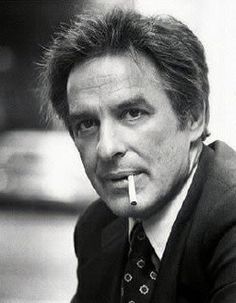 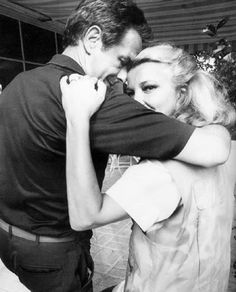 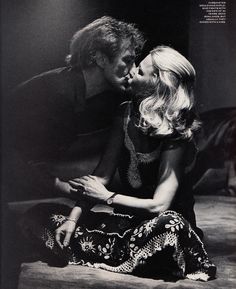 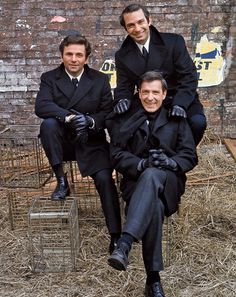 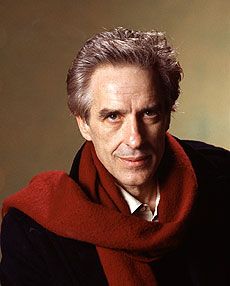 The script formed the skeleton around which the actors might change or ad lib lines according to their response to the situation at the moment, so that each performance was slightly different. A jazz musician works in this way, using a given musical skeleton and creating out of it, building a musical whole related to a particular moment by listening to and interacting with his fellow musicians. Jazz musicians working with actors could conceivably provide audiences with some of the most moving and alive theater they have ever experienced.

Cassavetes was born in New York City, the son of Greek American Katherine Cassavetes (née Demetre), who was to be featured in some of his films, and Greek immigrant Nicholas John Cassavetes; in Greek, his name is Ιωάννης Νικόλαος Κασσαβέτης. His early years were spent with his family in Greece; when he returned at age seven, he spoke no English. He was reared on Long Island, New York. He attended Port Washington High School from 1945 to 1947 and participated in Port Weekly (the school paper), Red Domino (interclass play), football, and the Port Light (yearbook). Next to his photo on page 55 of his 1947 yearbook is written: "'Cassy' is always ready with a wisecrack, but he does have a serious side. A 'sensational' personality. Drives his 'heap' all over." Cassavetes attended Blair Academy in New Jersey and spent a semester at Champlain College before being expelled due to his failing grades. He spent a few weeks hitchhiking down to Florida and transferred to the American Academy of Dramatic Arts after running into friends who had just enrolled, stating the school was packed with girls, encouraging Cassavetes to enroll. He graduated in 1950 and met his Future wife Gena Rowlands at her audition into the Academy in 1953 and they were married four months later in 1954. He continued acting in the theater, took small parts in films and began working on television in anthology series, such as Alcoa Theatre.

Cassavetes played bit-parts in B pictures and in television serials, until gaining notoriety in 1955 as a vicious killer in The Night Holds Terror, and as a Juvenile delinquent in the live TV drama Crime in the Streets. Cassavetes would repeat this performance in the 1956 film version. His first starring role in a feature film was Edge of the City (1957), which co-starred Sidney Poitier. He was briefly under contract to Metro-Goldwyn-Mayer and co-starred with Robert Taylor in the western Saddle the Wind, written by Rod Serling. In the late 1950s, Cassavetes guest-starred in Beverly Garland's groundbreaking crime drama, Decoy, about a New York City woman police undercover detective. Thereafter, he played Johnny Staccato, the title character in a television series about a jazz Pianist who also worked as a private detective. In total he directed five episodes of the series, which also features a guest appearance by his wife Gena Rowlands. It was broadcast on NBC between September 1959 and March 1960 when it was acquired by ABC and although critically acclaimed, the series was cancelled in September 1960. Cassavetes would appear on the NBC interview program, Here's Hollywood.

By 1956, Cassavetes had begun teaching an alternative to method acting in his own workshop in New York City. An improvisation exercise in his workshop inspired the idea for his writing and directorial debut, Shadows (1959; first version 1957). Cassavetes raised the funds for the production from friends and family, as well as listeners to Jean Shepherd's late-night radio talk-show Night People. His stated purpose was to make a film about little people, different from Hollywood studio productions.

Cassavetes directed two movies for Hollywood in the early 1960s – Too Late Blues (1961) and A Child Is Waiting. A Child Is Waiting (1963) starred Burt Lancaster and Judy Garland. He also starred in the CBS western series Rawhide, in the episode, "Incident Near Gloomy River" (1961). In the 1962–1963 season, Cassavetes guest-starred on the CBS anthology series, The Lloyd Bridges Show, and directed two episodes, including "A Pair of Boots", in which his friend, Seymour Cassel, guest-starred. In the 1963–1964 season, Cassavetes appeared in Jason Evers's ABC drama about college life, Channing. That same season he was cast in the ABC medical drama about psychiatry, Breaking Point. In 1964, he again co-starred with his wife, this time in an episode of The Alfred Hitchcock Hour anthology program, and in 1965, he appeared on ABC's western series, The Legend of Jesse James. The same year he also guest-starred in the World War II series, Combat!, in the episode "S.I.W." as well as insane nuclear scientist Everett Lang in Voyage to the Bottom of the Sea, season 2, episode "The Peacemaker".

With payment for his work on television, as well as a handful of film acting jobs, he was able to relocate to California and to make his subsequent films independent of any studio, as Shadows had been. The films in which he acted with this intention include, Don Siegel's The Killers (1964); the motorcycle gang movie, Devil's Angels (1967); The Dirty Dozen (1967), in a role for which he was nominated for an Academy Award for Best Supporting Actor as Pvt. Victor R. Franko; Roman Polanski's Rosemary's Baby (1968); and The Fury (1978). Cassavetes portrayed the murderer in a 1972 episode of the TV crime series Columbo entitled "Étude in Black". Cassavetes and series star Peter Falk had previously starred together in the 1969 mob action thriller Machine Gun McCain.

Cassavetes was nominated for three separate Academy Awards: Best Supporting Actor for The Dirty Dozen (1967), Best Original Screenplay for Faces (1968) and Best Director for A Woman Under the Influence (1974).

Faces (1968) was the second film to be both directed and independently financed by Cassavetes. The film starred his wife Gena Rowlands, whom he had married during his struggling actor days, John Marley, Seymour Cassel and Val Avery, as well as several first time actors, such as lead Actress Lynn Carlin. It depicts the slow disintegration of a contemporary marriage. The film reportedly took three years to make, and was made largely in the Cassavetes home. Faces was nominated for three Academy Awards (Best Original Screenplay, Best Supporting Actor and Best Supporting Actress). Around this time, Cassavetes formed "Faces International" as a distribution company to handle all of his films.

Cassavetes worked with Bo Harwood from 1970 to 1984 on six films in several different capacities, even though Harwood had initially only signed on to do "a little editing" for Husbands, and "a little sound editing" for Minnie and Moskowitz. Harwood composed poignant music for Cassavetes's following three films, and was also credited as "Sound" for two of them. During these projects, Harwood wrote several songs, some with Cassavetes.

A Woman Under the Influence (1974) stars Rowlands as an increasingly troubled housewife named Mabel. Rowlands received an Academy Award nomination for Best Actress, while Cassavetes was nominated for Best Director.

In The Killing of a Chinese Bookie (1976), Ben Gazzara plays Cosmo Vitelli, a small-time strip-club owner with an out-of-control gambling habit, pressured by mobsters to commit a murder to pay off his debt.

Opening Night (1977) Rowlands plays the lead alongside Cassavetes and the film also stars Ben Gazzara and Joan Blondell. Rowlands portrays an aging film star named Myrtle Gordon working in the theater and suffering a personal crisis. Alone and unloved by her colleagues, in fear of aging and always removed from others due to her stardom, she succumbs to alcohol and hallucinations after witnessing the accidental death of a young fan. Ultimately, Gordon fights through it all delivering the performance of her life in a play. Rowlands won the Silver Bear for Best Actress at the 28th Berlin International Film Festival for her performance.

Cassavetes penned the stage play Knives, the earliest version of which he allowed to be published in the 1978 premiere issue of On Stage, the quarterly magazine of the American Community Theatre Association, a division of the American Theatre Association. The play was produced and directed as one of his Three Plays of Love and Hate at Hollywood, California’s Center Theater in 1981. The trio of plays included versions of Canadian Playwright Ted Allan’s The Third Day Comes and Love Streams, the latter of which served as the blueprint for Cassavetes's 1984 film of the same name.

Cassavetes directed the film Gloria (1980), featuring Rowlands as a Mob moll who tries to protect an orphan boy whom the Mob wants to kill. Rowlands earned another Best Actress nomination for it. In 1982, Cassavetes starred in Paul Mazursky's Tempest, which co-starred Rowlands, Susan Sarandon, Molly Ringwald, Raúl Juliá and Vittorio Gassman.

After receiving the prognosis from his Doctor that he had six months to live, Cassavetes made Love Streams (1984), which featured him as an aging playboy who suffers the overbearing affection of his recently divorced sister. It was entered into the 34th Berlin International Film Festival where it won the Golden Bear. The film is often considered Cassavetes's "last film" in that it brought together many aspects of his previous films. He despised the film Big Trouble (1986), which he took over during filming from Andrew Bergman, who wrote the original screenplay. Cassavetes came to refer to the film as "The aptly titled 'Big Trouble,'" since the studio vetoed many of his decisions for the film and eventually edited most of it in a way with which Cassavetes disagreed.

In January 1987, Cassavetes was facing health problems but having outlasted his doctor's prognosis, he wrote the three-act play Woman of Mystery and brought it to the stage in May and June at the Court Theater.

Cassavetes died from cirrhosis of the liver on February 3, 1989, at the age of 59. He was survived by Rowlands and three children (Nick, Alexandra and Zoe). Cassavetes is buried at Westwood Village Memorial Park cemetery in Los Angeles.

Cassavetes's son Nick Cassavetes followed in his father's footsteps as an actor and Director. In 1997, Nick Cassavetes made the film She's So Lovely from the She's Delovely screenplay his father had written. The film starred Sean Penn, as John Cassavetes had wanted. Alexandra Cassavetes directed the documentary Z Channel: A Magnificent Obsession in 2004, and in 2006 served as 2nd Unit Director on her brother Nick's film, Alpha Dog. Cassavetes's younger daughter Zoe Cassavetes wrote and directed the 2007 film Broken English, featuring Rowlands and Parker Posey.

Many of Cassavetes's films are owned by Faces Distribution, a company overseen by Gena Rowlands and Julian Schlossberg, distributed by Jumer Films (Schlossberg's own company), with additional sales and distribution by Janus Films. In September 2004 The Criterion Collection produced a Region 1 DVD box set of his five independent films: Shadows, Faces, A Woman Under the Influence, The Killing of a Chinese Bookie and Opening Night. Also featured in the set is a documentary about the life and works of Cassavetes, A Constant Forge, a booklet featuring critical assessments of the director's work and tributes by old friends. Criterion released a Blu-ray version of the set in October 2013. In 2005 a box set of the same films was released in Region 2 by Optimum Releasing. The Optimum DVD of Shadows has a voice-over commentary by Seymour Cassel. Then, in 2014, the Faces/Jumer library became the property of Shout! Factory, which acquired the films' holding parent company, Westchester Films.

Cassavetes is the subject of several books about the actor/filmmaker's life. Cassavetes on Cassavetes is a collection of interviews collected or conducted by Boston University film scholar Ray Carney, in which the filmmaker recalled his experiences, influences and outlook on the film industry. In the Oscar 2005 edition of Vanity Fair, one article features a tribute to Cassavetes by three members of his stock company, Rowlands, Ben Gazzara and Peter Falk.

The New Yorker wrote that Cassavetes "may be the most influential American Director of the last half century"—this in announcing that all the films he directed, plus others he acted in, were being screened in a retrospective tribute at the Brooklyn Academy of Music throughout July 2013.