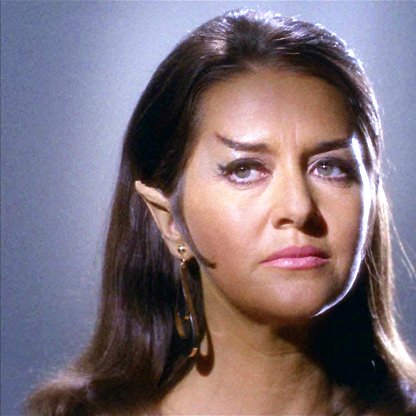 Joanne Linville was born on January 15, 1928 in  Bakersfield, California, United States, is Actress. Joanne Linville made her mark on television from the 1950s-'80s, appearing in such respected anthology series as Studio One (1948), Kraft Television Theatre (1947) and Alfred Hitchcock Presents (1955), among others. While her film work consisted mainly of smaller character roles and she never had regular parts on television, she guest-starred on numerous shows over her career, often in westerns but, especially in the '70s, in a variety of drama and detective series. Star Trek (1966) fans will remember her in "The Enterprise Incident", in which she played a Romulan captain--the first female Romulan ever portrayed in the series--who goes up against Capt. Kirk and is romanced by Mr. Spock.The ex-wife of director Mark Rydell, she has two children by that marriage who are also actors, Amy Rydell and Christopher Rydell. She was a master teacher at Stella Adler's Academy and later started her own acting school.
Joanne Linville is a member of Actress 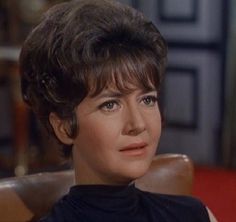 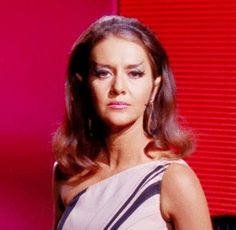 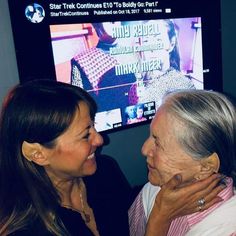 Linville was born in Bakersfield, California, on January 15, 1928.

In 1959, Linville appeared on the long-running CBS daytime drama The Guiding Light as Amy Sinclair, a runaway drug addict whose daughter was nearly taken from her as part of an illegal adoption scam ring. Linville starred in two television presentations of One Step Beyond— as Aunt Mina in the episode "The Dead Part of the House" (1959), and as Karen Wadsworth in the episode "A Moment of Hate" (1960). In 1961, she starred in the Twilight Zone episode "The Passersby". In 1968, she played the Romulan commander in the Star Trek episode "The Enterprise Incident". Other television appearances include Decoy, Alfred Hitchcock Presents, Have Gun Will Travel, Coronado 9, Checkmate, Adventures in Paradise, The Twilight Zone, Empire, Gunsmoke (three episodes), Dr. Kildare, Ben Casey, Route 66, The Eleventh Hour, I Spy, Bonanza, The Fugitive, The F.B.I. (two episodes), The Invaders (two episodes), Felony Squad, Hawaii Five-O (three episodes: season one - "Once Upon a Time", parts I and II; season two, "Kiss the Queen Goodbye"), Kojak, Columbo: Candidate for Crime, The Streets of San Francisco (two episodes), Nakia, Switch, Charlie's Angels, CHIPS, Mrs. Columbo, Dynasty, and L.A. Law.

Linville also appeared in the made-for-TV movies House on Greenapple Road (1970), Secrets (1977), The Critical List (1978), The Users (1978), and The Right of the People (1986). Linville played Janine Turner's character's mother in the television series Behind the Screen. Linville and George Grizzard starred in "I Kiss Your Shadow", the final episode of the television series Bus Stop. The episode was based on the short story by Robert Bloch. In his book Danse Macabre, Stephen King nominated this episode as "...the single most frightening story ever done on TV." King wrote that Bus Stop was "...a straight drama show... The final episode, however, deviated wildly into the supernatural, and for me, ..."I Kiss Your Shadow" has never been beaten on TV—and rarely any where else—for eerie, mounting horror."

Linville is also the author of an instructional/biographical book published in 2011 by Cameron & Company titled, "Joanne Linville's Seven Steps to an Acting Craft". Linville was married to actor/director Mark Rydell from 1962 until their divorce in 1973. Linville played gossip columnist Hedda Hopper in the television movie James Dean. Rydell directed the film and also played Jack L. Warner.