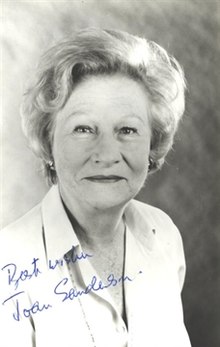 Joan Sanderson was born on November 24, 1912 in  Bristol, Avon, England, United Kingdom, is Actress. Joan Sanderson was a well known British television and stage actress. During several seasons at Stratford Upon Avon, she played the roles of Goneril in King Lear, Constance in King John, and Queen Margaret in Richard III. In a single season at the Old Vic she appeared in The Mousetrap, and in 1981 ended her stage career in the production of "Anyone for Denis" at the Whitehall Theatre in London's West End. She was well known for her portrayal of Doris Ewell in the television series "Please Sir!" (1969), and as the selectively deaf Mrs. Richards in an episode of "Fawlty Towers" (1975).
Joan Sanderson is a member of Actress 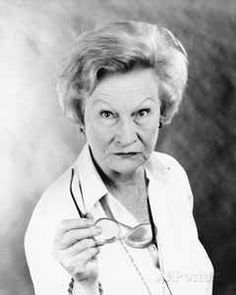 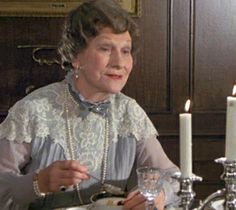 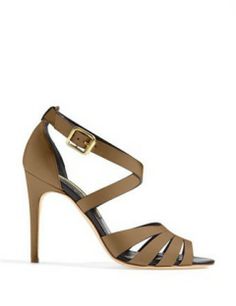 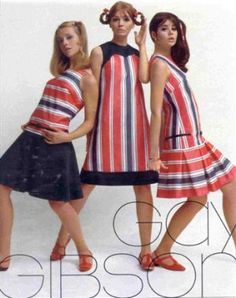 Born and educated at Northumberland House in Bristol, Sanderson trained at RADA. She had teaching diplomas in elocution. She appeared in repertory theatres, on the West End stage and at the Stratford Memorial Theatre, where she made her début in 1939 playing Amelia in The Comedy of Errors, a phase in her career that culminated in 1953 when she played both Goneril to Michael Redgrave's King Lear, and Queen Margaret in Richard III.

During the Second World War she gained experience in repertory and toured North Africa and Italy entertaining the troops. In 1948 she married fellow actor Gregory Moseley. She achieved her apotheosis as Delia, Lady Rumpers, in Habeas Corpus by Alan Bennett (Lyric Theatre 1973). At one point during the play, Lady Rumpers recalls how her husband has gone into the Army only "to put his moustache to good purpose". She starred in numerous West End productions including See How They Run and Anyone for Denis.

She played Doris Ewell in the television comedy series Please Sir! (1968–72) and Mrs Pugh Critchley, in the series All Gas and Gaiters (1970–71), as well as a role in the short-lived sitcom Wild, Wild Women (1969). However, she is probably best known to many for a single guest role: that of the abrasive and selectively deaf Mrs. Richards in Fawlty Towers (episode: "Communication Problems"). She was also in After Henry, a gently comic series on both radio (1985–88) and television (1988–92), in which she played the domineering Eleanor, mother of Sarah (Prunella Scales), who lives below her in the basement flat in Sarah's large house. Her movie roles were rare but she appeared in the Hylda Baker film She Knows Y'Know (1962), Who Killed the Cat? (1966), the film version of Please Sir! (1971), The Great Muppet Caper (1981), playing John Cleese's wife, and Prick Up Your Ears (1987), the film based on the life of Playwright Joe Orton.

Sanderson died in Norwich on 24 May 1992, aged 79. A memorial Service was held for her at St Paul's, Covent Garden (commonly known as "the Actors' Church") and many distinguished actors attended to pay tribute to her. The final series of After Henry was broadcast in 1992 after her death.