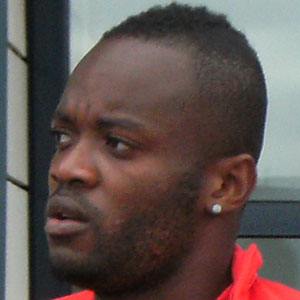 Congolese soccer player who has played for Al Ain FC.

He moved to France at the age of six, and was spotted by a scout after playing soccer in the streets as a child.

He received a French Citizenship in 2008, which then made him eligible to play for both Congo and France.

His father is professional soccer player, Kembo Uba Kembo who played in the 1974 FIFA World Cup for the DR Congo team.

Another Congolese soccer player like him is Blaise Kufo.