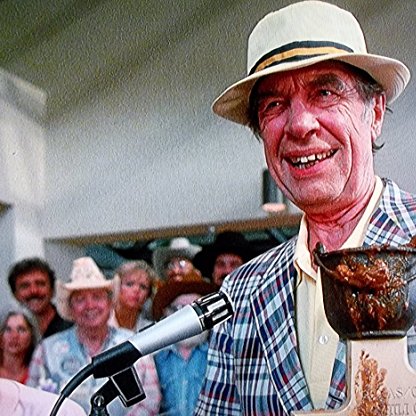 Jim Siedow was born on June 12, 1920 in  Cheyenne, Wyoming, United States, is Actor. Jim Siedow was a marvelously quirky and distinctive character actor who achieved instant cult favorite status with his terrific portrayal of the weary and irascible the Cook in Tobe Hooper's immortal and outstanding horror classic "The Texas Chainsaw Massacre." Siedow was born on June 12th, 1920 in Cheyenne, Wyoming. Siedow first began acting in high school drama class. He moved to New York City at age 18 and continued to perform in touring shows for the W.P.A. theater. He served with the Army Air Corps during World War II. Following his tour of duty Siedow then moved to Chicago, Illinois and did radio soap operas. Siedow met his future wife Ruth while living in Chicago. They got married in September, 1946 and eventually moved to Houston, Texas. The couple had three children altogether. Siedow soon established himself as an important and substantial part of the Houston stage scene. Siedow created one of Houston's first original local community theaters and directed Houston's first production of the acclaimed play "Who's Afraid of Virginia Wolf?". Other plays Siedow directed include "Visit To a Small Planet," "Critic's Choice," and "Murder Among Friends." Siedow also acted in stage productions of such plays as "Cat on a Hot Tin Roof" and "The Lion in the Winter." Siedow made his film debut as a rock star's estranged father in the obscure indie drama "The Windsplitter." But it was Siedow's dead solid perfect performance as the Cook in "The Texas Chainsaw Massacre" that really put him on the cinematic map. Alas, Siedow's film roles after "The Texas Chainsaw Massacre" were few and far in between. However, Siedow was excellent as a bitter mad bomber in the superior made-for-TV suspense thriller "Red Alert" and had a funny bit as a cantankerous shotgun-toting hillbilly in the hilariously raucous car chase romp "Hotwire." Siedow was once again spot-on as Drayton Sawyer (a.k.a. the Cook) in the worthy and unjustly maligned sequel "The Texas Chainsaw Massacre 2." Siedow was prominently featured as an interview subject in the enjoyable and informative documentary "The Texas Chainsaw Massacre: A Family Portrait." Jim Siedow died at age 83 from emphysema complications on November 20th, 2003.
Jim Siedow is a member of Actor 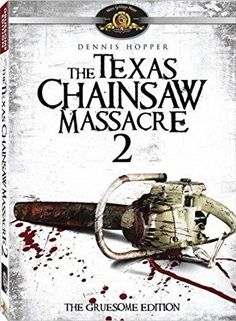 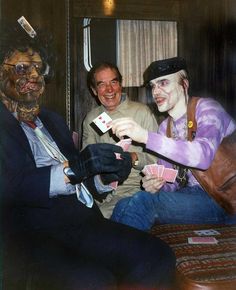 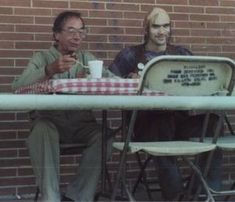 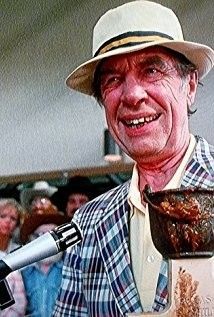 Siedow was born in Cheyenne, Wyoming. He began acting in his high school drama class, and later on, moved to New York City, New York, where he started appearing in theatre productions. During World War II, Siedow served with the Army Air Corps, and after the war, Siedow moved to Chicago, Illinois and started doing radio work. In September 1946, he met and married an Actress named Ruth, his wife up to his death. They had three children.

They moved to Houston, Texas soon after their marriage where Siedow continued acting, creating one of Houston's original local community theatres. He directed Houston's first production of Who's Afraid of Virginia Woolf? by Edward Albee. In 1971, Siedow appeared in his first movie, an obscure one titled The Windsplitter, playing a character named Mr Smith. He followed this with his most famous role as Drayton Sawyer in the cult film The Texas Chain Saw Massacre in 1974.

His other movie roles were as Howard Ives in the TV movie Red Alert in 1977, an unnamed role in the 1980 movie Hotwire, and as Drayton Sawyer, again, in The Texas Chainsaw Massacre 2, the sequel to The Texas Chain Saw Massacre.

Siedow died in Houston from emphysema complications in 2003, at the age of 83