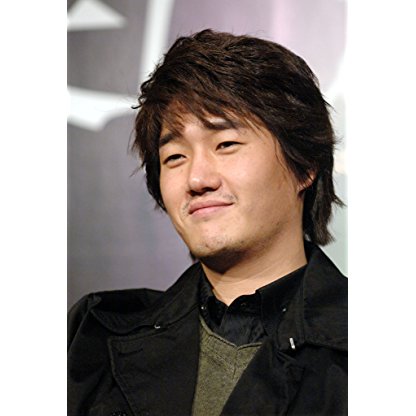 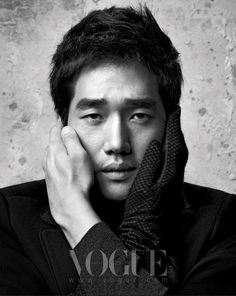 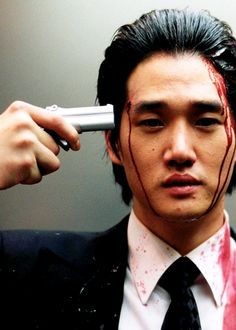 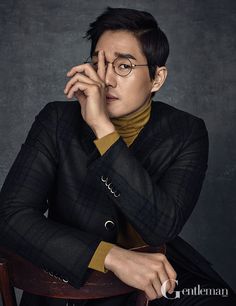 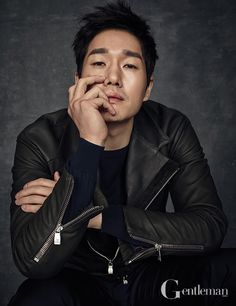 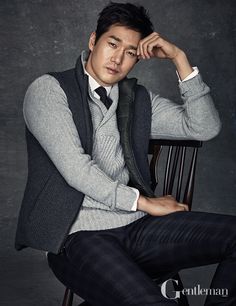 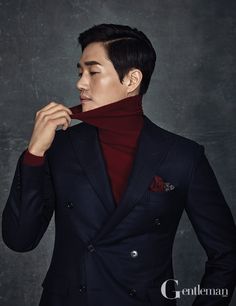 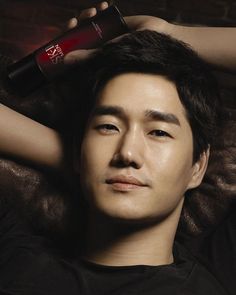 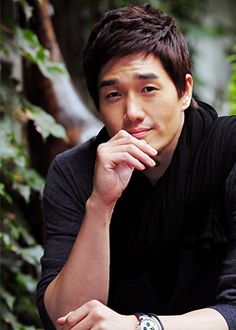 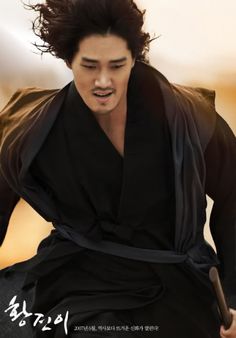 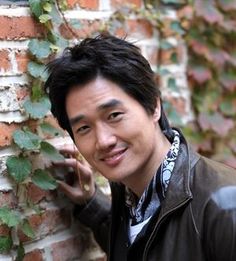 Yoo Ji-tae (born on April 13, 1976) is a South Korean actor, film Director and Screenwriter. After a stint as a fashion model, Yoo launched his acting career in 1998 then rose to fame through the films Attack the Gas Station (1999) and Ditto (2000). In the succeeding years, he gained acting recognition by working with acclaimed Directors such as Hur Jin-ho in One Fine Spring Day (2001), Park Chan-wook in Oldboy (2003), and Hong Sang-soo in Woman is the Future of Man (2004). Yoo began directing short films in 2003, which were well received in the film festival circuit. His feature directorial debut Mai Ratima was released in 2013.

Yoo Ji-tae began his career as a fashion model, and he walked the runway for the Seoul Fashion Artist Association collections in 1995. Then in 2000, with a series of hit films and widely seen TV appearances, Yoo was more constantly in the limelight than any other actor, and in a very short time, rose to become a major actor in Korean film.

His first brush with fame came in the role of "Paint" in his second feature, the 1999 hit Attack the Gas Station. His sensitive and artistic image in this film and the warm character he displayed as a guest on TV talk shows helped to propel him to stardom. With the surprise success of his third film Ditto in spring 2000, Yoo's star status was secured. He also appeared in the successful firefighting film Libera Me. In this early part of his career, he was known particularly for the wild colors that he would dye his hair (white in Attack the Gas Station, blue in Ditto, blonde in Libera Me).

In 2001, however, he dyed his hair black and took on a more subdued, serious role in Hur Jin-ho's One Fine Spring Day. Although it wasn't a big hit with audiences, his performance in this film opened many critics' eyes and drew widespread praise, while officially launching the second stage of his career.

For the next two years, Yoo didn't appear in any new films, because Natural City took an unusually long time to progress from shooting to a commercial release. He then appeared in three works in 2003: Natural City (which bombed, despite its big budget and special effects), the horror/suspense film Into the Mirror, and Park Chan-wook's acclaimed Oldboy. Yoo's memorable role in the latter film as a wealthy eccentric fixated on revenge would make his face well known to international audiences.

As Yoo's career established itself he began to appear in many high-profile projects, such as in well-known arthouse Director Hong Sang-soo's Woman is the Future of Man (which, like Oldboy, screened at Cannes in 2004); Yim Pil-sung's big-budget Antarctic Journal, shot in New Zealand; and the action/noir Running Wild with Kwon Sang-woo. He also established his own production company Yoo Movie in 2005.

As soon as he finished shooting the 2007 period film Hwang Jin-yi about a Joseon-era gisaeng, Yoo chose to act in the play Come to the Ghost House. A graduate of Dankook University with a major in Theater and Film, he also established a theater to put on one play a year. Almost all the money for the theatrical productions comes from his own wallet. "I work on stage because it's there that I find the challenge and the stimulus an actor needs through continuous creative work," he said.

After getting his master's degree in 2008 from Chung-Ang University's Graduate School of Advanced Imaging Science, Multimedia & Film, in recent years Yoo has focused more on his passion for directing. To him, "Making films is like taking drugs. Actors feel a pleasure when they deliver well but Directors feel they have poured out everything they have in the sole fact that they have completed a movie. It's impossible to compare the pleasure you get from it." He has helmed a number of award-winning short films that have screened in festivals around the world. In addition to directing his fourth short film Invitation, Yoo wrote the script and plays the main character alongside leading lady Uhm Ji-won.

In 2009 he lent his voice as narrator for the track "I’m Sorry" (미안해) in K-pop singer Jinju's album Pearlfect.

Yoo first met Actress Kim Hyo-jin in 2003 when they were Models for a clothing brand, and the two became friends after continuously meeting in photo shoots. Their romantic relationship began in 2006, and they were among the very few Korean star couples who openly admitted their dating status. They announced their engagement in August 2011, and subsequently released pre-wedding photos. Their minimalist invitation was made from environmentally friendly paper and had the number 1,825 written on it, the exact amount of the days the two had spent together as a couple. They were married at the Shilla Hotel in Seoul on December 2, 2011. The wedding date marked the couple's fifth anniversary together and was booked by Yoo one year in advance despite landing on a Friday – an unusual day for a wedding. The ceremony was officiated by the President of World Vision Korea; Yoo and Kim are the organization's honorary ambassadors, and they donated a portion of their monetary wedding gifts to World Vision to help build a primary and middle school in Myanmar. Their first child, a son, was born on July 5, 2014.

In 2012, Yoo directed his first feature film Mai Ratima, based on a synopsis he wrote 15 years ago in college. It portrays the unlikely love affair of a Korean man in his 30s living on the bottom rung of society and a mail-order bride from Thailand in her 20s. Shooting began in Gyeonggi Province on January 26, 2012, and it premiered at the Busan International Film Festival on October 5, 2012. Yoo said he plans to continue producing or directing movies based on strong social issues as he is interested in the plight of the less privileged. Mai Ratima won the Jury Prize at the 2013 Deauville Asian Film Festival.

He then co-starred with Kōichi Satō and Vincent Gallo in Junji Sakamoto's 2013 suspense thriller Human Trust.

In 2016, Yoo starred in the bowling-themed film, Split. He returned to television in the South Korean remake of The Good Wife.

In 2017, Yoo starred in The Swindlers along with Hyun Bin. The movie is about a prosecutor who plans to catch a con man who has swindled a large sum of money. The same year, he was cast in the Danish film The House That Jack Built by Lars Von Trier. He also had a starring role in the crime drama, Mad Dog.