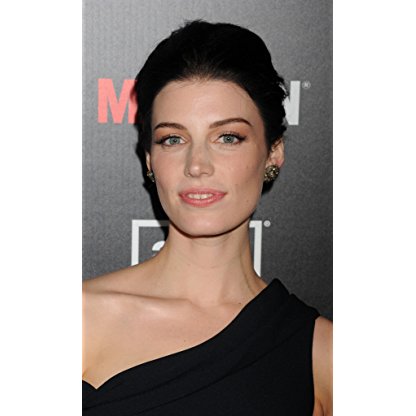 Jessica Paré was born on December 05, 1980 in  Montréal, Québec, Canada, is Actress, Soundtrack. Jessica Pare first turned heads in Stardom (2000), broke our hearts in Lost and Delirious (2001), played the catalyst for karmic intervention in Bollywood/Hollywood (2002) and, somehow, pulled off being a secret villain in Posers (2002). She then went onto made-for-TV movies, starting with a small role in Bonanno: A Godfather's Story (1999). She eventually was part of the twice Gemini-nominated mini-series, Random Passage (2002). Now, she can be seen on CTV, most recently as "Nancy Eaton" in The Death and Life of Nancy Eaton (2003), and Lives of the Saints (2004). She made her Hollywood debut as Josh Hartnett's fiancée in Wicker Park (2004), which premiered in 2004. She has since gone on to perform in other American productions, both on television and the big screen.
Jessica Paré is a member of Actress 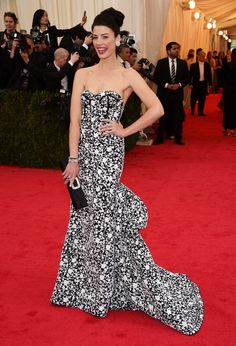 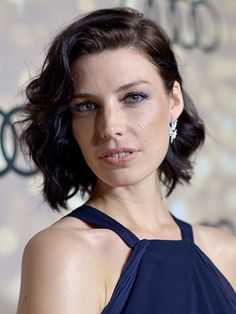 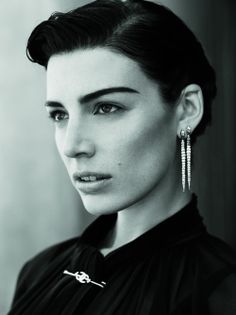 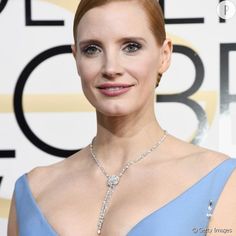 Paré landed a small role in the television film Bonanno: A Godfather's Story during her final year in high school, which convinced her to pursue acting as a career. She also had small roles in an episode of the horror television series Big Wolf on Campus and the French film En Vacances (1999). She dropped out of the fine arts program at Montreal's Dawson College and pursued acting for two years. At one point, she worked as a photographer's assistant on Automotive photo shoots.

After Paré auditioned for a bit part for the independent film Stardom (2000), Director Denys Arcand chose her to star in the film. She played a naive ice hockey player propelled to international stardom as a supermodel. The comedic satire closed the 2000 Cannes Film Festival with mixed reviews from critics. Paré became the Canadian film industry's "it girl" following the film's release. She was also voted one of the 25 most beautiful people in Canada by a Canadian magazine, but did not take the title very seriously.

Paré next starred in Lost and Delirious (2001), a story of two young lovers set in a girls' boarding school. The film debuted to mixed reviews at the Sundance Film Festival. The performances of Paré and her co-stars were, however, widely praised. Paré appeared in the television miniseries Random Passage (2002), based on a series of award-winning novels by Bernice Morgan. Also that year, she appeared in the television miniseries Napoléon as the emperor's mistress and had a cameo appearance as a pop singer in Deepa Mehta's Bollywood/Hollywood (2002). The following year, she starred in the girl gang thriller film Posers (2003), after which she appeared in the CTV miniseries The Death and Life of Nancy Eaton, in the title role of murdered heiress Nancy Eaton.

Paré made her Hollywood debut in the film Wicker Park (2004). That year, she also starred in the television miniseries Lives of the Saints, was in the mockumentary See This Movie (2004), and had a role in The WB teen drama series Jack & Bobby, about two brothers, one whom grows up to be the President of the United States; Paré's character grows up to be the First Lady.

She filmed Suck (2008), a vampire horror-comedy written and directed by Rob Stefaniuk, fir which role she learned to play the bass guitar. Suck premiered at the 2009 Toronto International Film Festival as part of the Contemporary World Cinema programme. Paré was nominated for a 2010 Canadian Comedy Award for best female performance in film for the role.

Paré filmed Red Coat Justice (2009) and played a groupie in the comedy film Hot Tub Time Machine (2010). That year, she also appeared in the Canadian comedy Peepers, about pleasures in voyeurism. Peepers competed in the Just for Laughs film festival in Montreal in July 2010.

Also in 2010, Paré joined the cast of the AMC television series Mad Men, playing Don Draper's second wife, Megan Calvet. Paré's character had a prominent role in the Season 5 opener of Mad Men, in which she danced and sang a version of the 1960 Gillian Hills hit "Zou Bisou Bisou". Her recording of the song was subsequently released as a download and on vinyl.

In 2011, Paré appeared in Beholder. The short film, directed by Nisha Ganatra, premiered as part of the ITVS/PBS series FutureStates. She also starred in The Way of the West, a western about the Royal Canadian Mounted Police, filmed in a remote location outside of Whitehorse, Yukon, and in the comedic short Sorry, Rabbi, directed by Mark Slutsky.

In 2012, Paré appeared on stage with The Jesus and Mary Chain, singing "Just Like Honey", for two concerts in Buffalo, New York and Toronto. That same year, she filmed the romantic comedy, Standby, in Luxembourg and Ireland; she plays the female lead, Alice. It was released in 2014.

As of May 2012, it was reported that she was dating musician John Kastner. In October 2014, Paré was reported to be expecting her first child with Kastner. On March 19, 2015, Paré gave birth to a son, who was named Blues Anthony Paré Kastner.