Jennings Osborne Net Worth: Jennings Osborne was an American entrepreneur who had a net worth of $50 million dollars. Born William Jennings Bryan Osborne, Jr. on September 21, 1943 in Fort Smith, Arkansas, he was known as a wealthy Arkansas native who founded the Arkansas Research Medical Testing Center in 1968, which was reportedly credited with running some of the first human tests on such drugs as Viagra and Motrin.
Jennings Osborne is a member of Richest Business 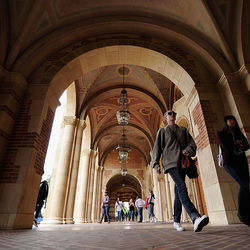 Central Arkansas residents also knew him as the resident of the big white house with the wall around it on Cantrell Road in Little Rock, Arkansas—the one that glowed as red as Rudolph's nose every Christmas (until the courts made him turn out the lights). He was also known for throwing huge barbecues and fireworks displays, and known as a hog-calling enthusiast. His name, along with his wife and daughter's names (Mitzi and Allison 'Breezy', respectively), is cast at the feet of the brass eagle whose wings stretch out at the entrance of the Clinton Presidential Center. Osborne's family, once worth over $50 million, faced a sad reality after Jennings Osborne's death in 2011 when they were made to stand by as thousands of their personal items were auctioned off from the big white house on Cantrell Road in order to satisfy creditors. Jennings passed away in a Little Rock, Arkansas on July 27, 2011 from complications of heart surgery the prior month of April.