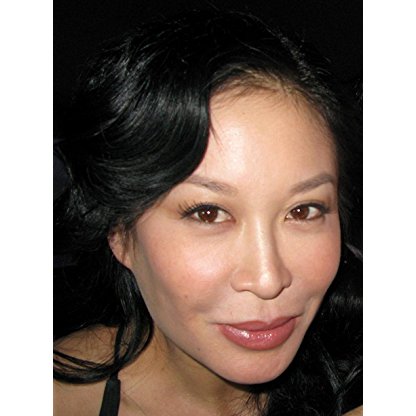 Jennifer Tung was born on February 19, 1941 in  Oakland, California, United States, is Actress, Producer, Stunts. Actress/Producer Jennifer Tung has worked in the film and television industry for more than 20 years and is best known for her roles in successful J.J Abrams Television series, "Alias" (2001-2006), working opposite Director Quentin Tarantino, and "Kung Pow, Enter the Fist" with Steve Oedekerk (2002). Jennifer has also appeared in episodes of many popular T.V. shows such as "Beverly Hills: 90210", "The Pretender", "E.R.", "NYPD Blue", "Charmed," among others. In addition, she has had roles in the feature films,"What Lies Beneath", and Star Trek: Insurrection".She was Executive Producer of the multi- award winning short film, "Shadows and Light", as well as Producer, Social Media and Crowdfunding Organizer on such ambitious projects as "Harbinger Down" By Alec Gillis/Studio ADI and "The Yellow Feather", which have been, to date, the highest funded films in their categories in Kickstarter history. Her recent projects include producing three independent films, "The Black Gloves", "Remember the Sun", and "Dirty Bomb".Ms. Tung is the youngest woman to be crowned Miss Chinatown USA at the age of 17 in 1991. She also served as Goodwill Ambassador, representing The Chinese Americans of the USA traveling throughout China, Taiwan, Hong Kong and abroad with the Chinese Chamber of Commerce.
Jennifer Tung is a member of Actress 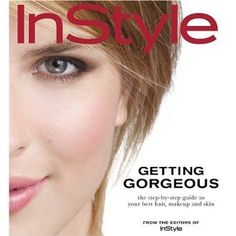 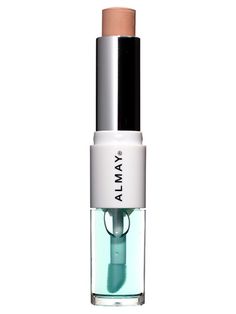 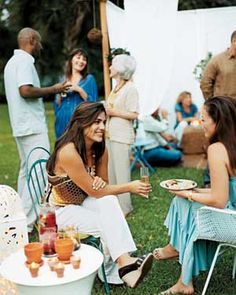 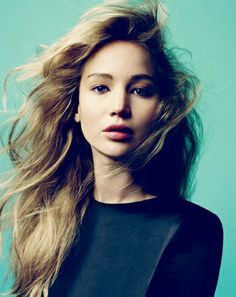 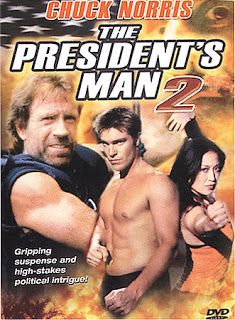 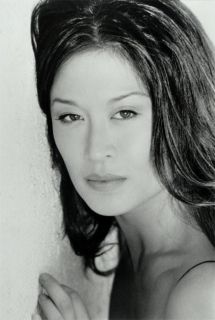 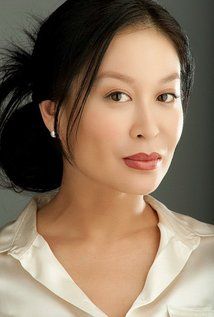 Is the Minister aware that Mrs Pillay, the new UN High Commissioner for Human Rights, has spoken of war crimes being committed in Gaza? Will the Government, therefore, show leadership and call for the immediate—and I mean immediate—establishment by the United Nations Security Council of an independent fact-finding commission to Palestine to investigate all breaches of international law?

Born in Walsall, Staffordshire, her parents were both schoolteachers. She attended Dudley Girls High School from 1951–59. She trained to be a Doctor at University College Hospital, gaining an MB and BS in 1964.

She met her Future husband, Dr Keith Tonge, in 1959 at university. The couple married on 23 May 1964 in Tipton. He was a consultant neuroradiologist, formerly at St Thomas's Hospital in Lambeth, and they have two surviving grown children and seven grandchildren. Keith Tonge died on 5 July 2013. Tonge's daughter died from accidental electrocution in 2004.

She is also MFFP (Membership of the Faculty of Family Planning and Reproductive Health Care of the RCOG).She holds an honorary FFFP. From 1968–78, she worked in General Practice and Family Planning. From 1980–85, she worked as Senior Medical Officer in Women's Services in Ealing. She was a manager of Community Health Services in Ealing from 1992–96.

Tonge was a councillor in the London Borough of Richmond upon Thames from 1981–90 and served as chair of the Social Services Committee. She stood as the Liberal Democrat candidate for the Richmond and Barnes constituency at the 1992 General Election. It was considered to be the party's most winnable seat but Tonge was not elected.

In 2002, during Emmanuel College creationism controversy, she asked Prime Minister Tony Blair if he was "happy to allow the teaching of creationism alongside Darwin's theory of evolution in state schools". The Prime Minister replied that he supported a "diverse school system", and praised the teachers at Emmanuel College for their commitments to "deliver[ing] better results for our children". Tonge was concerned about Blair's response because it implied the government was " prepared to accept money from anybody, regardless of the doctrine or religious beliefs of the donor".

In 2003, Tonge and Labour Member of Parliament Oona King visited the Gaza Strip, at a subsequent press conference after their return, compared Gaza Strip living conditions for Palestinians to conditions Jews suffered in the Warsaw Ghetto during World War II. Tonge said "You are almost getting a situation like the Warsaw ghetto. People can't get in or out. They can't work, they can't sell anything. There is this gradual squeeze", as well as "It was an apartheid system." Tonge recommended economic sanctions be applied against Israel and for European Union or United Nations troops be sent to Gaza. Tonge and King said an Israeli soldier wielding a grenade confronted them when they tried to leave the Gaza Strip.

In January 2004, Tonge was sacked as the Liberal Democrat children's spokeswoman by the party leader Charles Kennedy. At a pro-Palestinian parliamentary meeting, Tonge had said of Palestinian suicide bombers: "If I had to live in that situation – and I say that advisedly – I might just consider becoming one myself". She repeated her comments on Sky News, but added "I do not condone suicide bombers, nobody can condone them". Tonge refused to apologise: "I was just trying to say how, having seen the violence and the humiliation and the provocation that the Palestinian people live under every day and have done since their land was occupied by Israel, I could understand".

Tonge retired from the House of Commons at the 2005 general election, and became a life peer and member of the House of Lords later in the year.

In response, Liberal Democrat leader Sir Menzies Campbell wrote to Tonge commenting that her unacceptable assertion had "clear anti-Semitic connotations". An all-party group of peers led by the former Archbishop of Canterbury, George Carey, said, in a letter to The Times, that "the language deployed by Baroness Tonge, as a member of the House of Lords, was irresponsible and inappropriate". At a later meeting at Edinburgh University the following November, Tonge said that professors Stephen Walt and John Mearsheimer's article "The Israel Lobby and U.S. Foreign Policy" which appeared in the 23 March 2006 issue of the London Review of Books supported her assertion that the "Israel lobby had a disproportionate voice in Anglo-American foreign policy". She said her comments "were about the Israeli lobby in politics. They were a big distance from being about Jewishness or anti-Semitism".

During the 2008–2009 Gaza War, Tonge spoke at a London rally against the war, saying: "It is a disgusting, obscene outrage what is going on in Gaza". She said that eventually Activists must look to "a full trade embargo and boycotting everything Israeli".

In March 2009, Tonge joined a six-person delegation of British politicians which met with Hamas political leader Khaled Meshaal in Syria. Tonge told an interviewer that their goal was to force the British government to talk to Hamas and press the United States to do likewise. She stated: "You don't make peace by talking to your friends. You make peace by talking to your enemies", and said she knew that her meeting with Meshaal might be considered illegal and lead to her arrest. "That is one of the risks that you take", she said.

On 12 February 2010, Liberal Democrat leader Nick Clegg removed her from her position as health spokeswoman in the House of Lords calling the comments "wrong, distasteful and provocative". The released statement said she had apologised "unreservedly" for any offence she had caused and that neither Clegg nor Tonge gave the allegations "any credence whatsoever". In an email message sent to an anti-Israel Activist, Tonge wrote that she had called for an inquiry to dispel any rumours and that the idea that organs could be being harvested in the situation which existed in Haiti was ludicrous and nonsense.

This followed other reports on Maternal Morbidity "Better off Dead", and most recently, a new report has been published on Population Dynamics and Sustainable Development. She was President of the European Parliamentary Forum on Population and Development from 2011-15. In November 2015, she was made an Honorary Fellow of the Royal College of Obstetricians and Gynaecologists for services to women's health in the UK and in developing countries.

Tonge has been chair of the "All Party Parliamentary Group on Population, Development and Reproductive Health" for five years, which in November 2012 issued a report on child marriage, A Childhood Lost, which urged the British government to act to stop child marriage in Britain and abroad.

On 11 February, The Jewish Chronicle published an article containing a statement by Tonge which congratulated the IDF on its swift and generous response to the emergency in Haiti and said: "To prevent allegations such as these—which have already been posted on YouTube—going any further, the IDF and the Israeli Medical Association [sic] should establish an independent inquiry immediately to clear the names of the team in Haiti."

In January 2015, the New York Jewish newspaper Algemeiner Journal described Tonge as having "a long record of inflammatory, often antisemitic, statements against both Israel and the British Jewish leadership" in discussing her written question, which urged for "Jewish faith Leaders in the United Kingdom publicly to condemn settlement building by Israel".

Tonge chaired a meeting of the Palestine Return Council at the House of Lords on 25 October 2016 to launch a campaign for Britain to apologise for the Balfour Declaration, which advocated a home for Jews in Palestine, ahead of its hundredth anniversary in 2017. Jennifer Gerber, the Director of Labour Friends of Israel told The Jewish Chronicle about the absence of any "reproach or redress from Baroness Tonge as chair" at the gathering at which "attendees compared Israel to ISIS and claimed Jews ‘provoked’ their own genocide. Silence in the face of such abhorrence amounts to tacit endorsement". Tonge was suspended by the Liberal Democrats, and then resigned from the party on 27 October 2016. About London's Israeli embassy, she said at the time: "They are attacking the Lib Dems as they do Labour. They like to be in control of things".