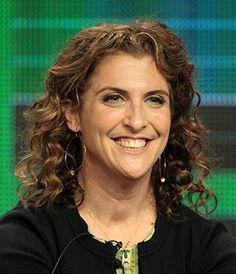 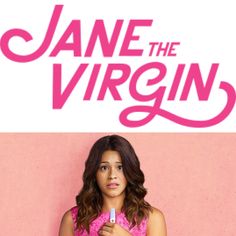 Urman completed her post-secondary education at Princeton University, graduating in 1999 with a Bachelor of Arts in English and a Certificate from the Program in Theater. She is married to husband, Jamie Urman, a cinematographer; they have two children, a son named Theo, and a daughter named Poppy.

Jennie Snyder Urman "was named one of Variety's '10 TV Writer's to Watch' in 2012." Urman worked initially as a waitress in New York City while she looked for opportunities in front of the camera. Her acting endeavors were to no avail as she describes herself as not "thick-skinned enough or perhaps talented enough or wanted it enough as a career" to be in front of the lens. Verini states, that Urman "like many tyros, initially found it hard to stop defining herself by her day job" she was told "'to stop waitressing. This is a job.'" On September 10, 2001, Urman and her friend, Victoria Webster, left New York City for Los Angeles to pursue a career writing for television. Urman describes the historical context of the move from New York, as "disconcerting" given the duo landed on the West Coast, one day prior to September 11th, 2001. Bob Verini, postulates that Urman "deciding to crank out a slew of spec TV episodes with an old college roommate proved the catalyst for [her], who in less than a decade has [since] parlayed credits on Gilmore Girls and 90210 into creating and exec producing The CW's fall medical skein Emily Owens, M.D.."

Urman got her start in television writing in 2003, working as a staff Writer on the ABC Comedy, Hope & Faith. She worked with the show for a period of three years, first as a Writer, then as a story Editor, and in her final year, she became the executive story Editor. In an interview with the Alumni of Princeton, Urman explains "[the] ladder you climb when you're a TV Writer. You start as a staff Writer and go through each level until you become an executive Producer." The hierarchy is as follows: writer's assistant, staff Writer, story Editor, executive story Editor, co-producer, supervising Producer, co-executive Producer, executive Producer, and lastly, show-runner. This lateral progression in the industry was exemplified by Urman's entry into the world of television as a staff Writer for Hope & Faith. Over the following three years, she was promoted to story Editor and then executive story Writer. Verini notes that her success in just over a decade is a result of her "entry into the industry [that] coincided with the heyday of TV 'dramedy." Verini describes this as "an amalgam to which [Urman's] instincts are particularly suited."

2011's Something Borrowed was a change of pace for Urman as she embarked on writing for the film industry. Critics such as A.O Scott reviewed Urman's first attempt in Luke Greenfield's Something Borrowed. In his article "New Lovers and the Old Triangle," he describes the film as "a well-meaning comedy of marriage that seems ardently committed to the blandness of its characters." Despite the film being based on Emily Griffin's novel of the same name, Urman received the brunt of the criticism for the dialogue in particular. Scott writing in the New York Times, criticized not only the characterization, but also the diction, quoting from the film: "'I didn't think someone like you could like someone like me,' Rachel says to Dex." Scott targets this writing as " a line that is both typical of the quality of script (by Jenny Snyder Urman) and also completely mystifying since it is impossible to say what either Dex or Rachel is like, apart from being, like, likable". This film marks both a first and a last for Urman as "she found she missed television's creative opportunities as well as writers' room camaraderie."