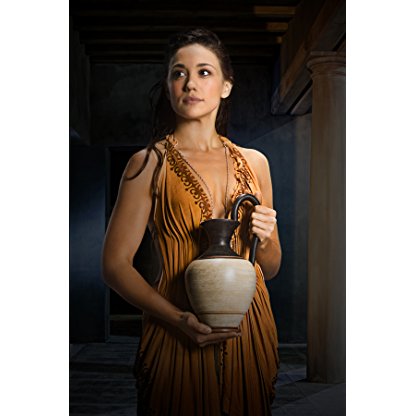 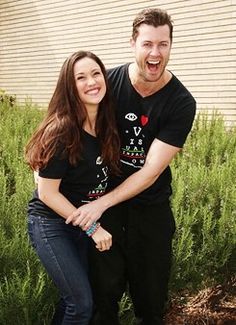 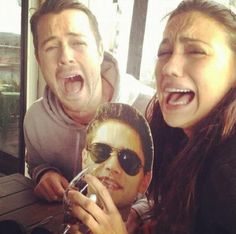 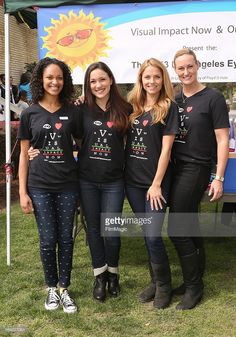 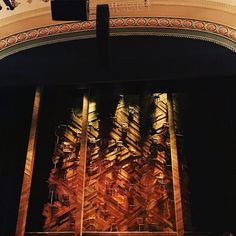 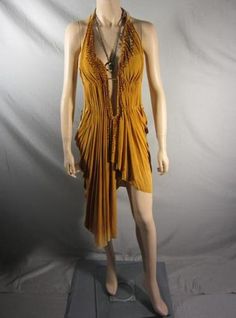 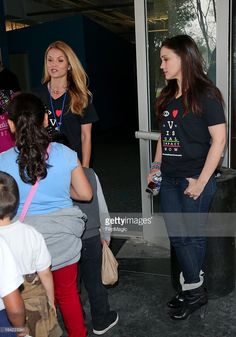 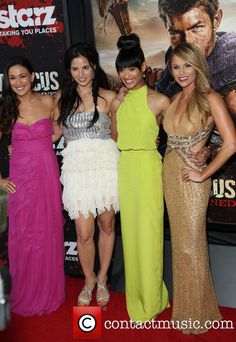 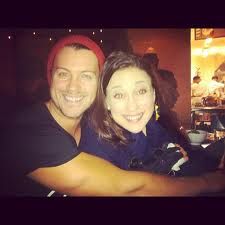 We have had frequent experience of the excitement appertaining to "first nights", but we may safely say, and our opinion will be backed by several hundreds of Her Majesty's subjects, that we never witnessed such a scene of enthusiasm as that displayed last night on the occasion of Mademoiselle Jenny Lind's début as Alice in an Italian version of Robert le Diable.

Born in Klara, in central Stockholm, Lind was the illegitimate daughter of Niclas Jonas Lind (1798–1858), a bookkeeper, and Anne-Marie Fellborg (1793–1856), a schoolteacher. Lind's mother had divorced her first husband for adultery but, for religious reasons, refused to remarry until after his death in 1834. Lind's parents married when she was 14.

Lind began to sing onstage when she was 10. She had a vocal crisis at the age of 12 and had to stop singing for a time, but she recovered. Her first great role was Agathe in Weber's Der Freischütz in 1838 at the Royal Swedish Opera. At 20, she was a member of the Royal Swedish Academy of Music and court singer to the King of Sweden and Norway. Her voice became seriously damaged by overuse and untrained singing technique, but her career was saved by the singing Teacher Manuel García with whom she studied in Paris from 1841 to 1843. He insisted that she should not sing at all for three months, to allow her vocal cords to recover, before he started to teach her a healthy and secure vocal technique.

After Lind had been with García for a year, the Composer Giacomo Meyerbeer, an early and faithful admirer of her talent, arranged an audition for her at the Opéra in Paris, but she was rejected. The biographer Francis Rogers concludes that Lind strongly resented the rebuff: when she became an international star, she always refused invitations to sing at the Paris Opéra. Lind returned to the Royal Swedish Opera, greatly improved as a singer by García's training. She toured Denmark where, in 1843, Hans Christian Andersen met and fell in love with her. Although the two became good friends, she did not reciprocate his romantic feelings. She is believed to have inspired three of his fairy tales: "Beneath the Pillar", "The Angel" and "The Nightingale". He wrote, "No book or personality whatever has exerted a more ennobling influence on me, as a poet, than Jenny Lind. For me she opened the sanctuary of art." The biographer Carol Rosen believes that after Lind rejected Andersen as a suitor, he portrayed her as The Snow Queen with a heart of ice.

At the Royal Swedish Opera, Lind had been friends with the tenor Julius Günther. They sang together both in opera and on the concert stage and became romantically linked by 1844. Their schedules separated them, however, as Günther remained in Stockholm and then became a student of Garcia's in Paris in 1846–1847. After reuniting in Sweden, according to Lind's 1891 Memoir, they became engaged to marry in the spring of 1848, just before Lind returned to England. However, the two broke off the engagement in October of the same year.

Four months after her London debut, she was devastated by the premature death of Mendelssohn in November 1847. She did not at first feel able to sing the Soprano part in Elijah, which he had written for her. She finally did so at a performance in London's Exeter Hall in late 1848, which raised £1,000 to fund a musical scholarship as a memorial to him; it was her first appearance in oratorio. The original intention had been to found a school of music in Mendelssohn's name in Leipzig, but there was not enough support in Leipzig, and with the help of Sir George Smart, Julius Benedict and others, Lind eventually raised enough money to fund a scholarship "to receive pupils of all nations and promote their musical training". The first recipient of the Mendelssohn Scholarship was the 14-year-old Arthur Sullivan, whom Lind encouraged in his career.

In 1849, Lind was approached by the American showman P. T. Barnum with a proposal to tour throughout the United States for more than a year. Realising that it would yield large sums for her favoured charities, particularly the endowment of free schools in her native Sweden, Lind agreed. Her financial demands were stringent, but Barnum met them, and in 1850, they reached agreement.

Together with a supporting baritone, Giovanni Belletti, and her London colleague, Julius Benedict, as Pianist, arranger and Conductor, Lind sailed to America in September 1850. Barnum's advance publicity made her a Celebrity even before she arrived in the US, and she received a wild reception on arriving in New York. Tickets for some of her concerts were in such demand that Barnum sold them by auction. The enthusiasm of the public was so strong that the American press coined the term "Lind mania".

Lind and Goldschmidt returned to Europe together in May 1852. They lived first in Dresden, Germany, and, from 1855, in England for the rest of their lives. They had three children: Otto, born September 1853 in Germany, Jenny, born March 1857 in England, and Ernest, born January 1861 in England.

Although she refused all requests to appear in opera after her return to Europe, Lind continued to perform in the concert hall. In 1856, at the invitation of the Philharmonic Society conducted by william Sterndale Bennett, she sang the chief Soprano part in the first English performance of the cantata Paradise and the Peri by Robert Schumann. In 1866, she gave a concert with Arthur Sullivan at St James's Hall. The Times reported, "there is magic still in that voice... the most perfect singing – perfect alike in expression and in vocalization.... Nothing more engaging, nothing more earnest, nothing more dramatic can be imagined.". At Düsseldorf in January 1870, she sang in "Ruth", an oratorio composed by her husband. When Goldschmidt formed the Bach Choir in 1875, Lind trained the Soprano choristers for the first English performance of Bach's B minor Mass, in April 1876, and performed in the mass. Her concerts decreased in frequency until she retired from singing in 1883.

Many places and objects have been named for Lind, including Jenny Lind Island in Canada, the Jenny Lind locomotive and a clipper ship, the USS Nightingale. An Australian schooner was named Jenny Lind in her honour. In 1857, it was wrecked in a creek on the Queensland coast; the creek was accordingly named Jenny Lind Creek.

In 1879–1887, Lind worked with Frederick Niecks on his biography of Frédéric Chopin. In 1882, she was appointed professor of singing at the newly founded Royal College of Music. She believed in an all-round musical training for her pupils, insisting that, in addition to their vocal studies, they were instructed in solfège, piano, harmony, diction, deportment and at least one foreign language.

She lived her final years at Wynd's Point, Herefordshire, on the Malvern Hills near the British Camp. Her last public appearance was at a charity concert at Royal Malvern Spa in 1883. She died, at 67, at Wynd's Point on 2 November 1887 and was buried in the Great Malvern Cemetery to the music of Chopin's Funeral March. She bequeathed a considerable part of her wealth to help poor Protestant students in Sweden receive an education.

Lind is commemorated in Poets' Corner, Westminster Abbey, London under the name "Jenny Lind-Goldschmidt". Among those present at the memorial's unveiling ceremony on 20 April 1894 were Goldschmidt, members of the Royal Family, Sullivan, Sir George Grove and representatives of some of the charities supported by Lind. There is also a plaque commemorating Lind in The Boltons, Kensington, London and a blue plaque at 189 Old Brompton Road, London, SW7, which was erected in 1909.

In the US, Lind is commemorated by street names in Fort Smith, Arkansas; New Bedford, Massachusetts; Taunton, Massachusetts; McKeesport, Pennsylvania; North Easton, Massachusetts; North Highlands, California and Stanhope, New Jersey; and in the name of the gold-rush town of Jenny Lind, California. An elementary school in Minneapolis, Minnesota is named after her. She has been honoured since 1948 by the Barnum Festival, which takes place each June and July in Bridgeport, Connecticut. Through a national competition, the festival selects a Soprano as the Jenny Lind winner. Her Swedish counterpart, chosen by the Royal Swedish Academy of Music and the People's Parks and Community Centre in Stockholm, visits during the festival, and the two perform several concerts together. In July, the American Jenny Lind winner traditionally travels to Sweden for a similar joint concert tour.

Lind has been commemorated in music, on screen and even on banknotes. Both the 1996 and 2006 issues of the Swedish 50-krona banknote bear a portrait of Lind on the front. Many artistic works have honoured or featured her. Anton Wallerstein composed the "Jenny Lind Polka" around 1850. In the 1930 Hollywood film A Lady's Morals, Grace Moore starred as Lind, with Wallace Beery as Barnum. In 1941 Ilse Werner starred as Lind in the German-language musical biography film The Swedish Nightingale. In 2001, a semibiographical film, Hans Christian Andersen: My Life as a Fairytale, featured Flora Montgomery as Lind. In 2005, Elvis Costello announced that he was writing an opera about Lind, called The Secret Arias with some lyrics by Andersen. A 2010 BBC television documentary "Chopin – The Women Behind the Music" includes discussion of Chopin's last years, during which Lind "so affected" the Composer.

The critic H. F. Chorley, who admired Lind, described her voice as having "two octaves in compass – from D to D – having a higher possible note or two, available on rare occasions; and that the lower half of the register and the upper one were of two distinct qualities. The former was not strong – veiled, if not husky; and apt to be out of tune. The latter was rich, brilliant and powerful – finest in its highest portions." Chorley praised her breath management, her use of pianissimo, her taste in ornament and her intelligent use of technique to conceal the differences between her upper and lower registers. He thought her "execution was great" and that she was a "skilled and careful musician" but felt that "many of her effects on the stage appeared overcalculated" and that singing in foreign languages impeded her ability to give expression to the text. He felt, however, that her concert singing was more admirable than her operatic performances, but he praised some of her roles. Chorley judged her finest work to be in the German repertoire, citing Mozart, Haydn and Mendelssohn's Elijah as best suited to her. Miller concluded that although connoisseurs of the voice preferred other Singers, her wider appeal to the public at large was not merely a legend created by Barnum but was a mixture of "a uniquely pure (some called it celestial) quality in her voice, consistent with her well-known generosity and charity".

Details of the later concerts under her own management are scarce, but it is known that under Barnum's management Lind gave 93 concerts in America for which she earned about $350,000, and he netted at least $500,000 ($9.97 million and $14.2 million, as of 2015, respectively). She donated her profits to her chosen charities, including some US charities. The tour is a plot point in the 1980 musical Barnum and the 2017 film The Greatest Showman, both of which include a fictionalized relationship between Lind and Barnum with "romantic undertones".