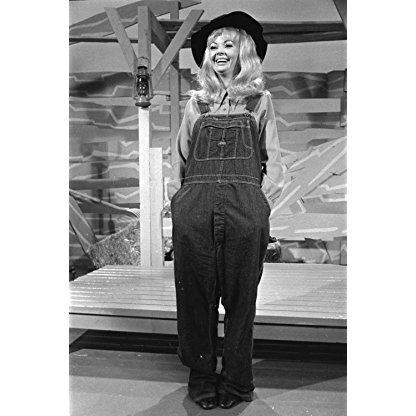 Jeannine Riley was born on October 01, 1940 in  Madera, California, United States, is Actress, Soundtrack. Blonde bombshell Jeannine Brooke Riley was born on October 1, 1940, in Madera, California, and started her movie and TV career in 1962 with an unbilled movie part in the Rosalind Russell drama Five Finger Exercise (1962) and with roles on the TV shows "Father of the Bride" and "Route 66," not to mention an episode of "My Three Sons" aptly entitled "The Beauty Contest". A year later she co-starred with Gary Clarke and Steve Ihnat in the lowbudget suspense drama Strike Me Deadly (1963). That same year she and Ihnat appeared together in the stage play "The Fourposter".While showing off her allure in a couple of western series ("Wagon Train," "The Virginian"), Jeannine came to the attention of CBS producers who were on a TV rural roll with the huge series hits "The Andy Griffith Show" and "The Beverly Hillbillies". At the time Hillbilly cast member Bea Benaderet (as Cousin Pearl) had just been given the green light to star in her own bucolic series, Petticoat Junction (1963) playing Kate Bradley, a hotel-owning widow of three beautiful nubile daughters. The flirty role of daughter Billie Jo Bradley was at first given to actress Sharon Tate but when word came out that a Sharon had posed nude in photo shoots, they were forced to dismiss her from the wholesome series (sponsored by Ivory Soap) before scandal and controversy could cause damage. The part was recast and Jeannine assumed the role.The actress was ideal as the Daisy Mae-like eldest daughter who attracted men like bees to honey. Poor beleaguered mom Kate had to continually reign in the girl and her many suitors much to the envy of Billie Jo's younger, impressionable sisters. Jeannine played the Billie Jo role for two seasons before both she and Pat Woodell (as sister Bobbie Jo) opted out of the series. While Jeannine wanted to move into film work, Woodell, who went on to marry and divorce Gary Clarke, Jeannine's film co-star in Strike Me Deadly (1963), desired a singing career. Jeannine and Pat were replaced in 1965 by Gunilla Hutton and Lori Saunders, respectively.While the actress continued on with TV guest roles on "Ozzie and Harriet," "The Man from UNCLE," "Occasional Wife" and as a sometime sexy foil on "The Smothers Brothers Show," she found it too difficult to break away from her bombshell trappings. Before you knew it she was back in the typecast appearing as sexpot Bambi Berman in the Jerry Lewis film vehicle The Big Mouth (1967) and appeared in unsold pilots of Sheriff Who (1967) and Li'l Abner (1967), the latter in which she finally got to play the voluptuous Daisy Mae character. Guest episodes of "The Wild, Wild West" and "Gomer Pyle" also showed a return to familiar territory.After starring with Nick Adams in one of his last films before his untimely death, the action drama Fever Heat (1968), Jeannine showed up in her first quality film showcase, albeit a smaller part, with The Comic (1969), a moving showcase for nimble Dick Van Dyke as a silent screen star. She found an even better role as dancer/barmaid babe Jolene opposite biker Robert Blake in the cult film Electra Glide in Blue (1973), sharing some potent nude scenes.Back in the country fold on series TV, she appeared in two seasons of the cornpone musical variety Hee Haw (1969), in which she was featured as a Daisy Mae-like foil in silly skits. A couple years later she was cast in the "Gilligan's Island"-inspired TV western Dusty's Trail (1973) with Bob Denver and Forrest Tucker co-starring as Gilligan/Skipper like characters and Jeannine as Lulu McQueen doing a dead-on take on the pneumatic Ginger Grant role. Petticoat Junction (1963) co-star Lori Saunders also co-starred in the series as innocent Betsy McGuire, a variation of the Mary Ann character. It lasted one season.Since then, however, the availability of parts has sharply declined with Jeannine's last credits seen for the films Lone Star Bar & Grill (1983) and Timebomb (1991). She is long divorced from Gary Groom.
Jeannine Riley is a member of Actress 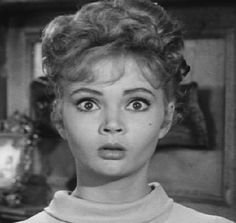 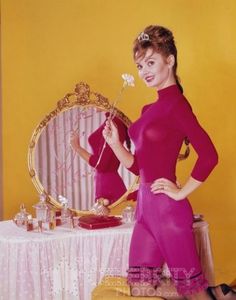 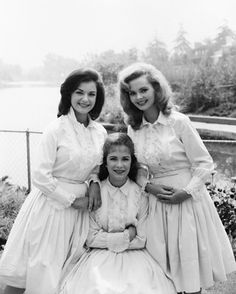 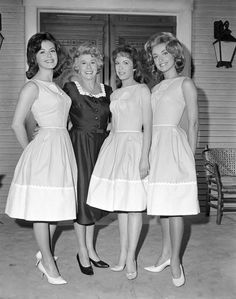 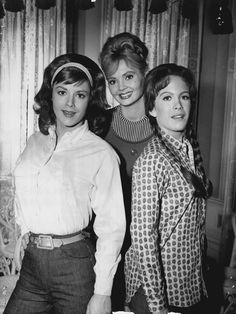 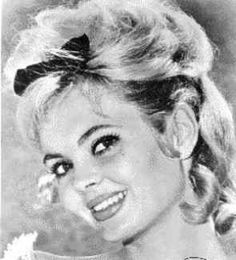 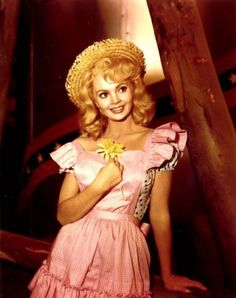 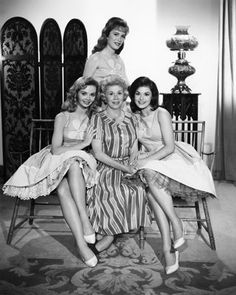 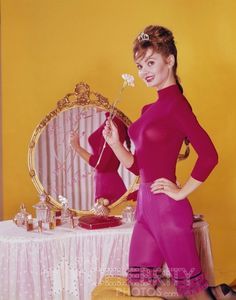 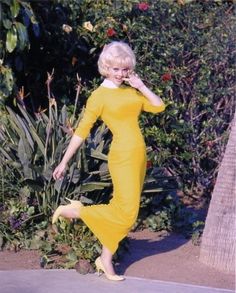 She may be best known for her role as Billie Jo Bradley on the first two seasons of the CBS sitcom Petticoat Junction (1963–1965). Riley left the series in 1965 to pursue movies, and she was replaced by Gunilla Hutton for season three and by Meredith MacRae from seasons four to seven. She also had a regular cast member role on the comedy variety series Hee Haw (1969–71). She played Lulu McQueen (a take-off on Ginger Grant, played by Tina Louise, from Gilligan's Island) on the western sitcom Dusty's Trail, which aired from 1973-74.