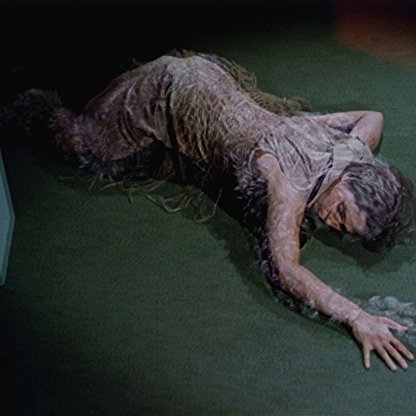 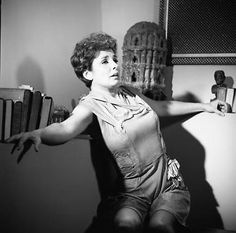 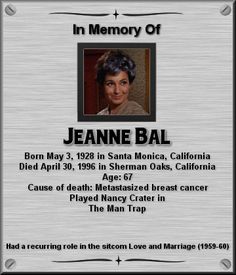 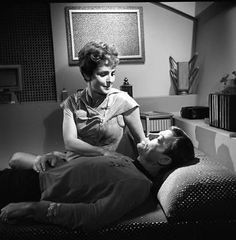 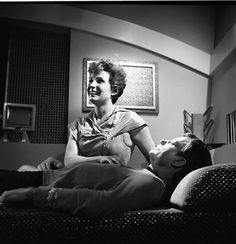 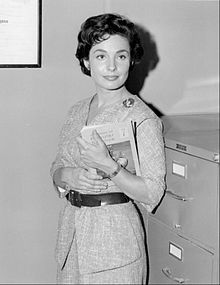 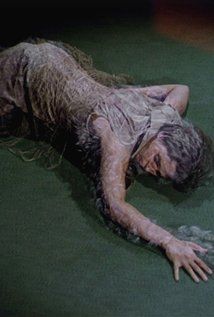 In the 1959-1960 season, Bal co-starred with william Demarest, Murray Hamilton, and Stubby Kaye in the NBC sitcom Love and Marriage as Pat Baker, Demarest's 31-year-old daughter, who works with him in the william Harris Music Publishing Company, which is in financial straits because Demarest's character Harris will not publish rock and roll music.

In 1961, she became a regular on the sitcom Bachelor Father, but left shortly afterwards. Her other television credits include four appearances on Perry Mason, including the role of Dr. Linda Carey in the 1962 episode, "The Case of the Angry Astronaut," and murder victim Vera Wynne in the 1965 episode, "The Case of the Telltale Tap." She also made guest spots on Bonanza, Riverboat, Wagon Train, and I Spy. In the original Star Trek series episode "The Man Trap" (1966), she played Nancy Crater.