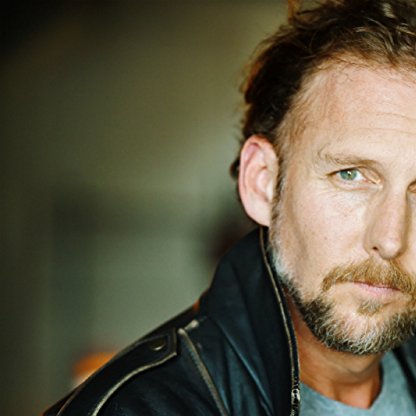 Jayson Warner Smith was born, is Actor, Producer. Atlanta native Jayson Warner Smith is an actor in film, television and theatre. He started in theatre at age nine and since that time, Jayson has been in a play a TV show or a film every year of his life. "It's just always been what I was best at and what I really loved to do." "Nothing made me happier than collaborating with other artists to create something new."Early on, performing mostly in theatre, Jayson amassed quite a resume of roles but in 2010 he finally scored a larger supporting role in a Hollywood film; the 2011 released remake of Footloose. Yes, there's a remake of Footloose. This role marked the beginning of a new chapter in Jayson's love of acting. Since then he has performed supporting and leading roles in films and TV shows such as, Anchorman II, The Vampire Diaries, 99 Homes, Mississippi Grind, 42, Fox TV's Sleepy Hollow, Amazon's One Mississippi and CBS' NCIS:New Orleans.In addition to those credits, Jayson is best known for his portrayal of Gavin on AMC's The Walking Dead for two seasons and his portrayal of the horrifyingly despicable death-row serial killer Wendall Jelks for two seasons on Sundance TV's Rectify. These highly acclaimed shows and Jayson's recurring roles have helped him move to the next level in the eyes of Hollywood's story tellers.Jayson has performed major supporting roles in, The Book of Love with Maisie Williams and Jason Sudeikis, Christine with Rebecca Hall and Michael C. Hall, The Birth of a Nation with Nate Parker and Armie Hammer, and American Made with Tom Cruise.Atlanta remains his home and he lives in Sandy Springs with his wife Lisa. Jayson teaches acting at The Robert Mello Studio in Atlanta. He is repped by Alexander White Agency in Atlanta and Rothman Andrés Entertainment in Los Angeles.
Jayson Warner Smith is a member of Actor 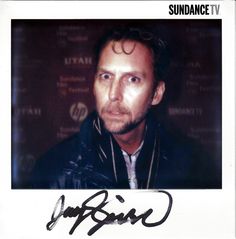 In the United States and Canada, Thank You for Your Service was released alongside Jigsaw and Suburbicon, and was projected to gross around $5 million from 2,054 theaters in its opening weekend. It ended up debuting to just $3.7 million, finishing 6th at the box office, and marking the second straight week Teller was featured in a well-received but underperforming biopic, following Only the Brave. In its second weekend it made $2.3 million, dropping 40%, finishing 7th at the box office.

On review aggregator Rotten Tomatoes, the film has an approval rating of 77% based on 94 reviews, with an average rating of 6.7/10. The site's critical consensus reads, "Thank You for Your Service takes a sobering and powerfully acted -- if necessarily incomplete -- look at Soldiers grappling with the horrific emotional impact of war." On Metacritic, which assigns a normalized rating to reviews, the film has a weighted average score of 68 out of 100, based on 34 critics, indicating "generally favorable reviews". Audiences polled by CinemaScore gave the film an average grade of "A–" on an A+ to F scale.

On June 30, 2015, The Hollywood Reporter confirmed that Screenwriter Hall would be making his directorial debut with the film from his own script. On August 19, 2015, it was reported that Miles Teller was in talks to join the film as Adam Schumann, a soldier who leaves Iraq as a broken man. On October 20, 2015, Haley Bennett was cast in the film to play Schumann's loyal and supportive wife. On December 2, 2015, New Zealand-based newcomer Beulah Koale joined the film to play Solo, an American Samoan soldier who feels that the military had made his life better. On January 7, 2016, Scott Haze was cast in the film to play a soldier suffering from PTSD. Jon Kilik would produce the film, which Universal Pictures would distribute in the United States. On January 28, 2016, Joe Cole joined the film to play a soldier who returns home in crisis and tries to find his fiancée and their daughter who have left him, while Jayson Warner Smith joined the film to play a receptionist at a Veterans Affairs office. On February 9, 2016, Amy Schumer joined the cast with three others: Keisha Castle-Hughes, Brad Beyer, and Omar Dorsey. It was later revealed that Kate Lyn Sheil had joined the cast.

Principal photography on the film began on February 9, 2016, in Atlanta, Georgia. In March 2016, it filmed at the Gwinnett Place Mall in Duluth, Georgia.

On October 20, 2017, Universal and DreamWorks announced a partnership with Chinese-owned AMC Theatres to give more than 10,000 free tickets to the film to veterans and Service members.