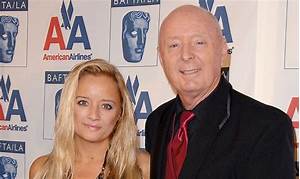 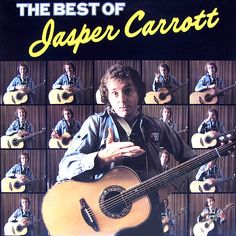 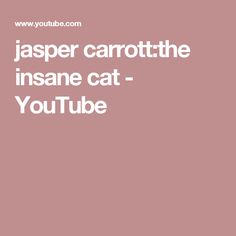 In February 1969 he started his own folk club, "The Boggery", in nearby Solihull with his friend Les Ward. Carrott performed folk songs and as an MC. His banter overtook the songs and he became more a Comedian than singer. He also worked as a musical agent (with John Starkey, who was his manager from 1974 to 1992), as Fingimigig, managing among others Harvey Andrews. He toured UK rugby clubs. He recorded an album in 1973 called Jasper Carrot – In the Club, which he sold from his van. The album contained the original "Magic Roundabout", although mainly material used in his next three LPs (such as "Hare Krishna", "Car Insurance", "Bastity Chelt", and "Hava Nagila") plus the Fred Wedlock song "The Folker".

By the late 1970s, Carrott had developed anecdotal sketches which he still performs 30 years on. Often they purport to be autobiographical; many celebrate the Birmingham accent and culture, including his support of Birmingham City.

Carrott has been married to his wife Hazel (née Jackson), a former local Journalist, since 1972. They have three daughters and one son: Actress Lucy Davis, Hannah, Jenny, and Jake.

His first appearance on television was a half-hour show for BBC Midlands on 11 August 1975 in a programme about local football called "The Golden Game". Then in 1976, A Half Hour Mislaid with Jasper Carrott recorded at Pebble Mill. His break came two years later when Michael Grade asked for a pilot for LWT. Grade liked it and five further shows were recorded, which became his first TV series, An Audience with Jasper Carrott, in 1978, this partnership with LWT lasted until 1981, The Unrecorded Jasper Carrott (1979) and Beat the Carrott (1981) are the best known live stand-up performances from his time with LWT.

Carrott has written three humorous and sexual autobiographical paperbacks: A Little Zit on the Side (1979), Sweet and Sour Labrador (1982) and An Orange Carrott In A 'Not So Underage After All' Hole (1986). He also wrote a novel called Shop! or a Store is Born.

Carrott played Heinrich in the 1987 British comedy film, Jane and the Lost City.

Also of interest is a book by Carrott's former manager John Starkey, Jasper and Me (1993; Etsiketsi Books).

Carrott lives in Dorridge, near Solihull. He was a Runner and supported Knowle Fun Run through sponsorship and publicity, in 2001 donating several thousand pounds, £10 for each person who beat him. He is also a patron and fundraiser for Sunfield Children's Home, a school for children with autism. The school is in Clent.

Carrott is a supporter and former Director of Birmingham City and was awarded an OBE in 2002 "for charitable services". The University of Birmingham awarded him an honorary doctorate in 2004, following a similar award from Aston University in 1995.

In 2005, he appeared in and put on the first of Jasper Carrott's Rock With Laughter concerts. He appeared alongside Bill Bailey, Bonnie Tyler, Lenny Henry, Bobby Davro, the Lord of the Dance troupe and Bev Bevan. This became a regular at the NEC in Birmingham, usually in December and sometimes alternating with his "Jasper Carrott's Christmas Crackers" events, but there have also been a few summer shows too.

Carrott was part-owner of the production company Celador, makers of Who Wants To Be A Millionaire? In 2006, he and wife Hazel sold their shares for £10m as part of a management buyout.

In summer 2007, Carrott hosted the Endemol-produced game show Golden Balls for ITV1. Promising ratings led to a second series in January 2008. Carrott would often refer to the golden balls as his own testicles which added to the humour of the show. A third series began in April 2008, and a fourth in October 2008. A fifth and six series were shown in 2009. He hosted the Sunday night national pub quiz, Cash Inn. He was 20th in Channel 4's 100 Greatest Stand-Up Comedians show.

His live performances were recorded as Jasper Carrott Rabbitts on and on and on... and Carrott in Notts. Notable hits were "Bastity Chelt", a song in Spoonerism, "The Football Match" describing a visit to Old Trafford, "The Nutter on the Bus" (including the cry "Has anybody seen my camel?"), "The Mole" ("There's only one way to get rid of a mole – blow its bloody head off!") and "Zits" – an explanation of American slang for spots that brought the word into use in Britain.

On 2 April 2018, Carrott was back on road after a heart bypass operation.