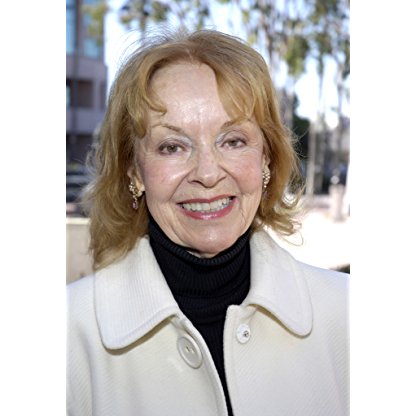 Janet Waldo was bornon February 04, 1919 in  Yakima, Washington, United States, is Actress, Soundtrack. Janet Waldo provided the quintessential voice of the swooning, overly dramatic teenager for numerous generations -- from the 1940s swinging babysitters to the 1960s groovy chick. A bouncy, perennially-youthful brunette, she was born in Yakima, Washington, and began entertaining in church plays as a youth. Urged on by her singer mother, she studied at the University of Washington and performed in plays. She was discovered by none other than Paramount star Bing Crosby, when he and his talent scouts conducted a contest and invited her to try out for it, which she won. Crosby next invited Janet (accompanied by her mother) to California and the rest is history.Janet met a Paramount talent scout that signed her up for small roles in movies, including the Crosby films, Sing, You Sinners (1938) and The Star Maker (1939). Unable to completely break out of her bit-part cycle as assorted hat-check girls, receptionists, and telephone operators, she did manage a few co-starring roles in such Tim Holt westerns, such as The Bandit Trail (1941) and Land of the Open Range (1942) before setting her career sights on radio in 1943. It was Crosby himself who introduced Janet to radio and she fell in love with the medium and its possibilities. As the eternal teen in "Meet Corliss Archer," Janet's voice became a household sound and it was obvious that. her vocal talents would become her biggest moneymaker. She also performed on radio's "One Man's Family," "The Gallant Heart," and "Star Playhouse." She played the cigarette girl on both Red Skelton and Art Linkletter's programs, and played teenager Emmy Lou for Ozzie Nelson on both his radio and TV shows. In 1952, Janet filmed one classic I Love Lucy (1951) episode, I Love Lucy: The Young Fans (1952) playing an extremely lovesick teenaged girl, who fell for Ricky Ricardo, even though she was around 30 years old at the time.In 1948 Janet married writer-director-producer Robert E. Lee of "Inherit the Wind" and "Auntie Mame" fame. She curtailed her career activities sharply for some time in order to raise her two children. She even turned down the opportunity to return to her popular role of Corliss Archer when the radio series was revamped for TV in 1951, and Lugene Sanders from the "Life of Riley" series took on the part instead. After sporadic appearances on stage, Janet established herself as one of the top female voice artists in the early 1960s when she gave vocal life to hip high schooler Judy Jetson in the prime-time Hanna-Barbera cartoon series The Jetsons (1962), a role that she would go on to play well past the age of 70. Her vocal range was absolutely limitless as she went on to become a well-oiled Hanna-Barbara staple for over three decades, providing hundreds and hundreds of voices, old and young, to both Saturday morning and feature film cartoons. Some of her better known characters include Granny Sweet, Penelope Pitstop, Superman's Lana Lang, the Addams Family's Morticia Addams, the title role in Josie and the Pussycats (1970) and Princess on Sandy Frank's Battle of the Planets (1978). She is a member of the California Artists Radio Theatre (CART) and has performed frequently on the smaller L.A. stages over the years. The woman with a thousand voices is a legend in her field and an octogenarian now, still as busy and perky as ever doing radio shows (one regularly with Alan Young of "Mister Ed" fame and her co-star on "Batte of the Planets"), commercial voice-overs (Electrosol) and personal appearances. She has also written her personal biography.
Janet Waldo is a member of Actress 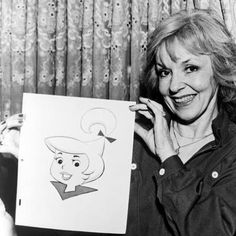 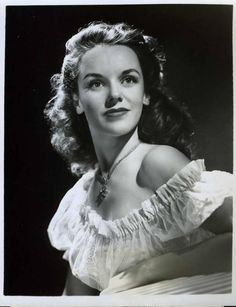 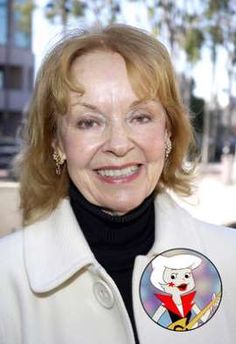 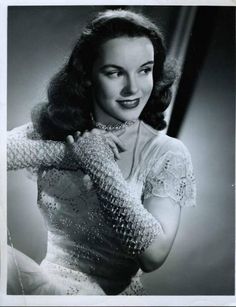 Waldo was born in Yakima, Washington in 1919. Her mother, Jane Althea Blodgett, was a singer trained at the Boston Conservatory of Music, and her father, Benjamin Franklin Waldo, was, according to Waldo family lore, a distant cousin of Ralph Waldo Emerson. Her elder sister, Elisabeth Waldo, is an authority on pre-Columbian music and an award-winning composer-violinist who appeared in the film Song of Mexico (1945).

In 1948, the Meet Corliss Archer comic book, using Waldo's likeness, published by Fox Feature Syndicate, appeared for a run of three issues from March to July 1948, using the original scripts. On April 1, 1948, Waldo married Playwright Robert Edwin Lee, the writing partner of Jerome Lawrence. The couple had two children, and remained married until his death in 1994.

She co-starred with Jimmy Lydon in the CBS situation comedy Young Love (1949–50), and she had recurring roles on The Adventures of Ozzie and Harriet (as teenager Emmy Lou), The Red Skelton Show and People Are Funny. She recorded with jazz vocalist Mel Torme and his vocal group the Mel-Tones.

Waldo made a rare on-screen television appearance when she appeared as Peggy, a teen smitten with Ricky Ricardo on a 1952 episode of I Love Lucy titled "The Young Fans" with Richard Crenna. Ten years later, Waldo again worked with Lucille Ball, this time playing Lucy Carmichael's sister, Marge, on The Lucy Show. That episode was titled "Lucy's Sister Pays A Visit". She also appeared on an episode of The Andy Griffith Show as Amanda. Waldo also reprised the role of Emmy Lou for some early TV episodes of The Adventures of Ozzie and Harriet. Later, she was the female lead opposite Anthony Franciosa in the short-lived sitcom Valentine's Day (1964).

In television animation, she played Judy Jetson in all versions of the Hanna-Barbera television series The Jetsons. Waldo was the last surviving main cast member of the original The Jetsons series. In 1964–66, she took over the role of Pearl Slaghoople on The Flintstones, which was originally played by Verna Felton. Waldo reprised Mrs. Slaghoople on the Flintstones TV films I Yabba-Dabba Do! and Hollyrock-a-Bye Baby in the 1990s.

Further guest starring roles include Beth Crane, a descendant of Ichabod Crane, in the episode "The Headless Horseman of Halloween" from The Scooby-Doo Show in 1976 and as Aggie Wilkins/Witch McCoy in the episode "The Ozark Witch Switch" in 1977. The following year she voiced both Arlene Wilcox, twin sister of the 'Witch of Salem' and the witch in the episode "To Switch a Witch " from the third season of Scooby Doo, Where Are You? in 1978. She voiced Morticia Addams in the short-lived 1973 cartoon series adaptation of The Addams Family. Waldo was the voice of Princess and Susan in the English-language version of Kagaku ninja tai Gatchaman, known as Battle of the Planets, and Hogatha in The Smurfs.

In 1990, shortly after completing her role as Judy Jetson in Jetsons: The Movie, she was abruptly replaced with pop star Tiffany. The executive decision of Universal Pictures caused casting Director Andrea Romano to say it was "a huge mistake on so many levels" and Romano asked that her name be removed from the credits. Romano received volumes of hate mail despite her stance on the casting change. Voice Director Gordon Hunt reportedly asked Tiffany to sound more like Waldo.

Waldo died on June 12, 2016 at the age of 97. She had been diagnosed with a benign but inoperable brain tumor five years before her death. She is interred at the Forest Lawn Memorial Park in the Hollywood Hills.