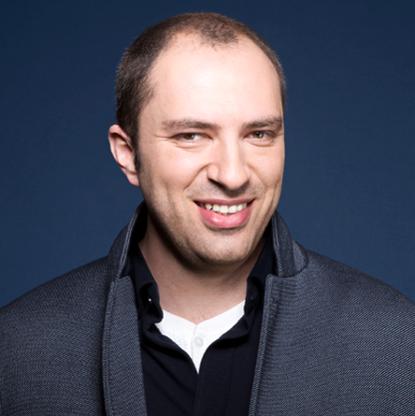 Jan Koum was born on February 24, 1976 in Kiev, Ukraine, United States, is CEO, cofounder, WhatsApp Inc.. Jan Koum cofounded WhatsApp, now the world's biggest mobile messaging service, in 2009. Facebook bought the startup for $22 billion in cash and stock in 2014; Koum sits on Facebook's board. Koum worked at Yahoo for nearly nine years before leaving to found WhatsApp. In October 2014, Koum donated $555 million of Facebook shares to the Silicon Valley Community Foundation.
Jan Koum is a member of Technology 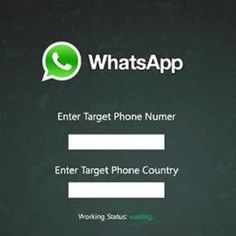 ah, the sweet sounds of these three words: "Trump 2020 re-election"

Koum was born in Kiev, Ukraine (then part of the Soviet Union). He is of Jewish origin. He grew up in Fastiv, outside Kiev, and moved with his mother and grandmother to Mountain View, California in 1992, where a social support program helped the family to get a small two-bedroom apartment, at the age of 16. His Father had intended to join the family later, but finally remained in Ukraine. At first Koum's mother worked as a babysitter, while he himself worked as a cleaner at a grocery store. By the age of 18 he became interested in programming. He enrolled at San Jose State University and simultaneously worked at Ernst & Young as a security tester.

In February 1996, a restraining order was granted against Koum in state court in San Jose, California. An ex-girlfriend detailed incidents in which she said Koum verbally and physically threatened her. In October 2014, Koum said about the restraining order, "I am ashamed of the way I acted, and ashamed that my behavior forced her to take legal action".

In 1997, Jan Koum was hired by Yahoo as an infrastructure Engineer, shortly after he met Brian Acton while working at Ernst & Young as a security tester. Over the next nine years, they worked at Yahoo. In September 2007 Koum and Acton left Yahoo and took a year off, traveling around South America and playing ultimate frisbee. Both applied, and failed, to work at Facebook. In January 2009, he bought an iPhone and realized that the then-seven-month-old App Store was about to spawn a whole new industry of apps. He visited his friend Alex Fishman and the two talked for hours about Koum's idea for an app over tea at Fishman's kitchen counter. Koum almost immediately chose the name WhatsApp because it sounded like "what's up", and a week later on his birthday, February 24, 2009, he incorporated WhatsApp Inc. in California.

WhatsApp became popular in just a short amount of time, and this caught Facebook's attention. Facebook's founder Mark Zuckerberg first contacted Koum in the spring 2012. The two began meeting at a coffee shop in Los Altos, California, then began a series of dinners and walks in the hills above Silicon Valley.

In November 2014, Koum donated one million dollars to The FreeBSD Foundation, and close to $556 million to the Silicon Valley Community Foundation (SVCF) the same year.