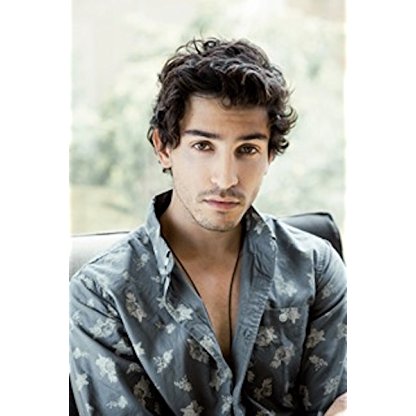 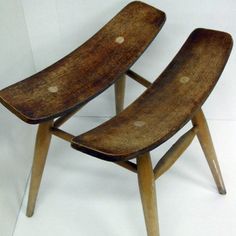 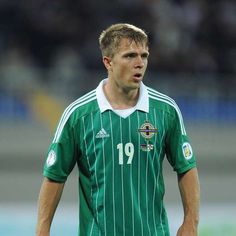 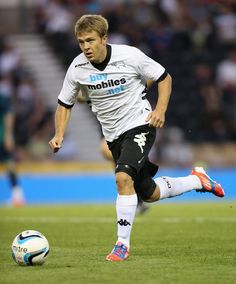 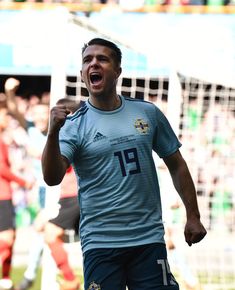 Ward began his career as a trainee with Aston Villa and played in their 2004 FA Youth Cup Final defeat against Middlesbrough. He turned professional in July 2005 after recovering from injuries received in a car crash in 2004.

At the end of the 2005–06 season, Ward was released by Aston Villa and on 6 July 2006 he signed a three-year contract with Ian Atkins' Torquay United, despite interest from Stockport County and Wrexham. However, with a change of ownership and manager at Torquay, Ward asked for a transfer in December 2006.

Ward started the 2007–08 season brightly, but in only his second game, against Sheffield United, he again pulled his hamstring. He fought back to match fitness and scored twelve goals for the Spireites that season.

He began the 2008–09 season as a first choice, with his form attracting attention from higher level clubs such as Derby County and Sheffield United. He rejected the offer of a new contract with Chesterfield in December 2008, with his existing contract set to expire at the end of the season. In January 2009, Championship side Barnsley made a bid for Ward for £400,000 which had been accepted. However, the move was called off after he failed to agree personal terms with the club.

Born in Birmingham in the West Midlands, Ward qualifies for Northern Ireland through his grandfather. He made two appearances for the Northern Ireland under-18 team and a further seven for the under-21 team. After a promising start to his career at Sheffield United, Ward was called into the senior team in March 2009 ahead of two World Cup qualifiers against Poland and Slovenia. Ward was an unused substitute for the two games in which Northern Ireland won back-to-back games and possibly enhanced their chance of reaching the World Cup in South Africa.

Returning to fitness Ward started the 2010–2011 campaign as a regular first team player once more but an early suspension following a red card in the local derby against Leeds United coupled with further injury problems and a loss of form meant that he could not hold down a regular spot in the first team.

Ward won his first full cap for Northern Ireland in a Euro 2012 qualifier against the Faroe Islands on 10 August 2011, with his first start coming in a 2–0 defeat away to Russia in their first 2014 FIFA World Cup qualifier. On 6 September 2013, Ward scored his first goal in a 2–4 home defeat against Portugal. On 28 May 2016, Jamie Ward was named in Michael O'Neill's squad for Euro 2016.

Despite his contract still having a year to run, Derby coach John Metgod stated that the club were in contract talks with Ward during April 2012. Ward signed a new two-year contract on 19 April 2012, with an option for a further year which will extend his stay at Derby until at least the summer of 2014. Derby manager Nigel Clough stated in a July 2012 interview that Ward could feature more as a striker in the 2012–13 season.

He scored the only goal of the game on 23 November as Derby beat Bournemouth 1–0, powering home a Craig Forsyth cross past former Derby goalkeeper Lee Camp. He was substituted in the 79th minute after injuring his knee and after precautionary scans, he was ruled out for a fortnight. However, he only missed one match and returned ahead of schedule, in the club's 2–1 win against Middlesbrough on 4 December. He scored his sixth goal of the season, a 25-yard free kick, in a 2–0 win at Charlton Athletic on 14 December.

On 2 July 2015 Ward signed for Derby's arch-rivals Nottingham Forest on a four-year deal, after his contract with Derby had expired at the end of the season. This was a somewhat unexpected transfer, given that Ward had often played a controversial and provocative role in recent games between the two sides. Ward acknowledged this in an interview with BBC East Midlands Today, but stressed that his focus was now on Forest:

On 31 August 2016, Ward was loaned to Championship rivals Burton Albion until the end of the 2016–17 season. He scored his first goal for the club in a 1–1 draw with Queens Park Rangers on 27 September 2016. On 20 January 2017 Ward's loan to Burton was terminated, and he returned to Nottingham Forest.

On 31 January 2018, Ward joined Cardiff City on loan for the remainder of the 2017–18 season in a swap deal involving Lee Tomlin moving to Forest on loan. His debut came on 13 February against Bolton Wanderers, however, he suffered an injury 13 minutes into the game, resulting in his substitution.