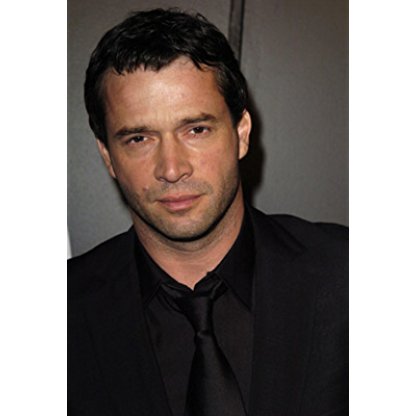 James Purefoy was bornon June 03, 1964 in  Taunton, Somerset, England, United Kingdom, is Actor. James Brian Mark Purefoy was born and brought up in Taunton, Somerset, England, the son of Shirley (Taylor), who ran an employment agency, and Anthony Chetwynd Purefoy. After leaving school at the age of sixteen, he took a succession of different jobs, including working on a pig farm and as a porter at Yeovil District Hospital, before travelling and working extensively throughout Europe. At eighteen, James returned to college to take his A-Levels, one of which was Drama. It was there that he realised that this was something he felt inspired by and so applied for and was accepted onto the acting course at the Central School of Speech and Drama.Whilst playing the title role in "Henry V" in the first term of his final year at Central, he was seen by a casting director from the RSC and invited to join the company, immediately, in Stratford. Although initially asked only to play "Ferdinand" in Nicholas Hytner's production of "The Tempest", he left the RSC two years later having performed in eight productions and been directed by the likes of Adrian Noble, Roger Michell and Gene Saks playing, amongst other, "Edgar" in "King Lear" and "Malcolm" in "Macbeth". Over the next six years, he divided his time between theatre and television. In the theatre, he worked with Katie Mitchell on "Women of Troy" at the Gate; Matthew Warchus, Ken Stott and Jude Law on "Death of a Salesman" at the West Yorkshire Playhouse; Iain Glen on "Hamlet" at Bristol Old Vic; Bill Alexander in a critically-acclaimed season at Birmingham Rep, playing leading parts in "The Servant", "The Way of the World" and "Macbeth"; and with Simon Callow, Joseph Fiennes, Rupert Graves, and Helen McCrory, on "Les Enfants du Paradis", again for the RSC.As well as appearing in the BBC's landmark period drama, The Tenant of Wildfell Hall (1996), he has always chosen to do a wide variety of parts on television, to avoid being typecast. From the psychopathic rapist in BBC1's Calling the Shots (1993) with Lynn Redgrave to the fraudster "Darius Guppy" in LWT's "The Prince"; from the urbane observer "Nick Jenkins" in Channel 4's A Dance to the Music of Time (1997) to the sad stalker in Granada's series, Metropolis (2000), James has always managed to confound people's expectations of him. Over the last few years, he has been busy making feature films, on average at the rate of three a year. Early credits include "Jedd Wainwright" in Feast of July (1995) for "Merchant Ivory", and as the bisexual Irish baker, "Brendan" in Rose Troche's Bedrooms and Hallways (1998). From the alcoholic roustabout "Tom Bertram" in Mansfield Park (1999) to the wannabee "Bond" actor "Carl Phipps" in Maybe Baby (2000); the gambling, womanising "Daniel" in Women Talking Dirty (1999) with Helena Bonham Carter to the noble, enigmatic "Prince Edward" in Brian Helgeland's A Knight's Tale (2001).He has continued to surprise those who seek to pigeon-hole him in his film career - always choosing to play parts that juxtapose strongly with the one he has just completed. Last year, he returned to the theatre to play the rake "Ned Loveless" in Trevor Nunn's acclaimed production of "The Relapse" at the National Theatre in London, before embarking on the biggest challenge he has yet faced - playing "George" in the big budget George and the Dragon (2004), with, among others, Michael Clarke Duncan, Val Kilmer, Piper Perabo and Patrick Swayze. This movie will be released in the summer of 2003. He lives alone in London.
James Purefoy is a member of Actor 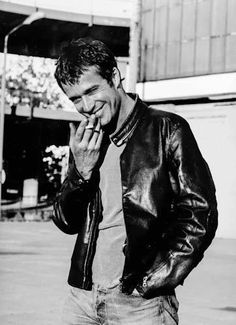 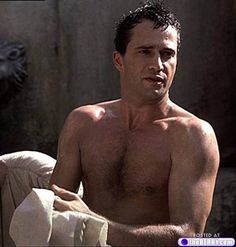 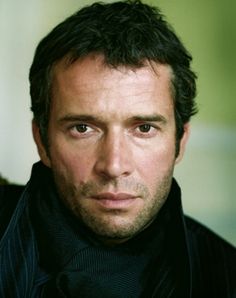 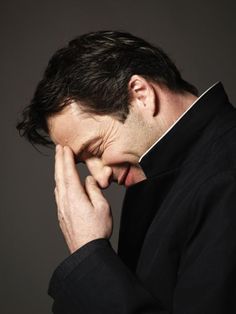 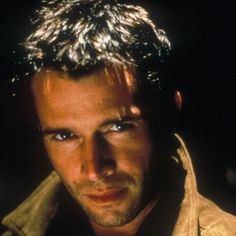 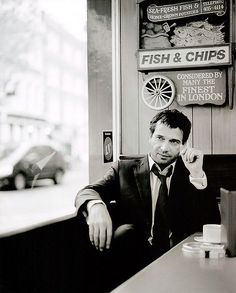 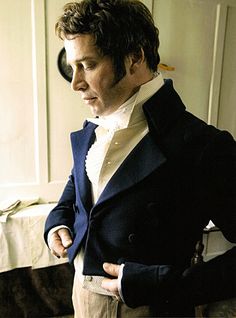 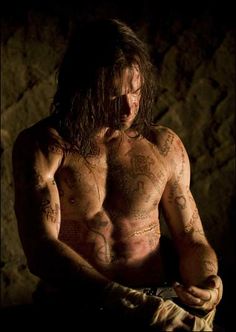 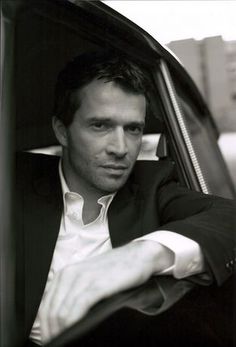 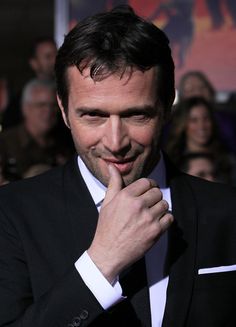 He was born in Somerset and attended Sherborne School before training at the Central School of Speech and Drama. His appearances in stage plays and a variety of television roles in the UK and USA have grown since the 1980s.

Purefoy's early professional roles included Romeo in Romeo and Juliet in Leatherhead, Walter in Mary Morgan at the Riverside Studios and Alan Strang in Equus on tour. He subsequently joined the Royal Shakespeare Company (RSC) in 1988 and appeared in The Constant Couple, Macbeth, The Tempest, The Man Who Came to Dinner (Gene Saks, Barbican) and King Lear as Edgar.

Elsewhere, he has also appeared as Laertes in Hamlet at the Bristol Old Vic (1991) Brian in william Gaminara's Back Up the Hearse and Let them Sniff the Flowers at the Hampstead Theatre (1992), Roland Maule in Noël Coward's Present Laughter at the Globe Theatre (1993), Biff in Death of a Salesman, alongside Ken Stott and Jude Law, at the West Yorkshire Playhouse in Leeds (1994), Tony in The Servant at the Birmingham Rep (1995). He returned to the RSC for Simon Callow's stage adaptation of the film classic, Les enfants du paradis at the Barbican. He also played Hugh de Morville in Paul Corcoran's Four Nights in Knaresborough at the Tricycle Theatre, (1999) and Loveless in Trevor Nunn's production of The Relapse at the National Theatre in 2001.

Purefoy was screen tested for the role of James Bond in 1995 for GoldenEye, but ultimately lost the role to Pierce Brosnan. Throughout 2004 and 2005 Purefoy's name was rumoured as a possible candidate to replace Brosnan as Bond in Future films. He played James McCarthy, a young man accused of murdering his father, in "The Boscombe Valley Mystery," in Granada's The Case-Book of Sherlock Holmes. One of his notable roles was as Nicholas Jenkins in the eight-part miniseries A Dance to the Music of Time for Channel 4 in 1997. He played Edward, the Black Prince in the film A Knight's Tale, Rawdon Crawley in Vanity Fair with Reese Witherspoon and Tom Bertram in the 1999 production of Mansfield Park.

Purefoy has a son, Joseph (born 1997), with the Actress Holly Aird. He has a daughter, Rose (born 2012) and two sons, Ned and Kit, (born 2017) with documentary Director and Producer Jessica Adams. He married Adams in Somerset in July 2014.

He was originally the actor for V in the 2006 Film V for Vendetta but had creative differences with the production team and left the film six weeks into filming. Parts of the film contain (dubbed) scenes of Purefoy. Speculation suggested that his departure was due to an opportunity to play James Bond in the 2006 film Casino Royale.

He played Mark Antony in the HBO/BBC original television series, Rome. At the time there were rumours that at least one nude body in the show had been digitally enhanced. When his Wikipedia entry, which at that time referred to the rumours, was brought up in an interview with Alastair McKay, published in the January 2007 issue of Out magazine, Purefoy said, "I won't say whose it was, but there was a penis in the series that may have been slightly enhanced. But it wasn't mine. Mine's all mine."

Producer william J. MacDonald announced that James Purefoy would play Simon Templar in a new TV series of The Saint. The new series was scheduled to start shooting in Berlin and Australia in April 2008. However, production ultimately did not occur and in August Purefoy was reported as negotiating with NBC to star in another series, The Philanthropist.

He starred as Teddy Rist in the summer television series, The Philanthropist, which aired on NBC beginning on June 2009. His character is a Billionaire playboy who decides to use his wealth and power to help others in need.

Between March and June 2011 he starred as Peter in Trevor Nunn's production of Flare Path at the Theatre Royal, Haymarket, alongside Sheridan Smith and Sienna Miller, as part of the Playwright Terence Rattigan's centenary year celebrations.

In 2013, The Following debuted, starring Purefoy as the lead antagonist of the series. He portrays Joe Carroll, a former professor who becomes a serial killer and leads a cult of followers, all whom help create Carroll's "story".

It was announced in June 2014 that Purefoy would join the cast of the upcoming film High-Rise with Tom Hiddleston and Jeremy Irons. Later in 2014, Purefoy co-starred in the Formula 1-themed music video for David Guetta's song "Dangerous".